When evaluating the history of athletics, how does it make sense to compare a golfer to a football player, or a pro female tennis player to an NBA player? 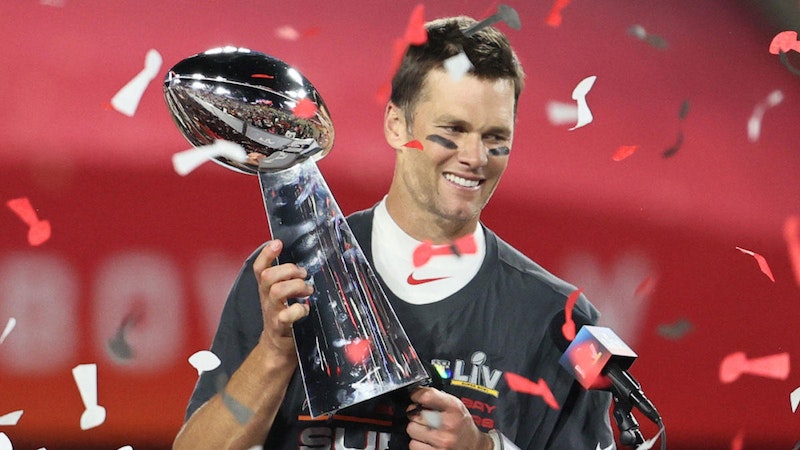 Right after Tom Brady won his seventh championship ring on Sunday after leading the Tampa Bay Buccaneers to victory in the Super Bowl, the online debate started over whether or not he's the greatest athlete of all time. It's the perfect topic for those who like to argue over matters for which there are no objective standard by which to make an acceptable determination. Take the chaos that such subjectivity inevitably produces, throw in the race factor that's shoehorned into conversations these days, and you achieve a ludicrous level of discordance that amounts to a waste of time.

Bree Newsome, a black activist with nearly half a million Twitter followers, tweeted, "There is an enormous amount of racial undertones to this entire convo about Brady being the best athlete of all time in a way that willfully ignores Black athletes past & present as well as the ongoing systemic discrimination against Black athletes in the QB position." What Newsome means is that she perceives a racial undertone, because she's wired to think that way. Systemic racism against black QBs in the NFL's nearly in the past, and don't tell me about Colin Kaepernick; what happened to him was based on his actions, not his race. Teams now take the best quarterbacks they can find in the college draft, regardless of race. There are now 10 starting black quarterbacks in the NFL, and you can expect to see more every year.

There are some racists attracted to Brady's whiteness, but most of those arguing that he's the greatest of all time—GOAT—are football fans not obsessed with race like Newsome. Brady's won seven Super Bowls at the most important position in football, and his nearest competitor has won four. And to say that black athletes are willfully ignored despite all the worship directed towards Muhammad Ali, Michael Jordan, LeBron James, Serena Williams, Usain Bolt, Tiger Woods, etc. is either willfully obtuse or disingenuous.

What Newsome fails to understand is that becoming the consensus NFL GOAT is going to put you into the greatest "athlete" of all time conversation, regardless of your race. If Russell Wilson, the Seattle Seahawks black QB, ever gets seven Super Bowl rings, he'll be in the conversation too. Whenever sports and race collide, it attracts huge numbers of commentators who know little about sports but have strong opinions anyway. If Newsome thinks this topic revolves around race, you have to wonder if she's ever seen any of the lists of GOAT athletes that've been circulating for a couple of decades—the candidates are overwhelmingly black athletes.

Jamaal Bowman, a member of the U.S. House of Representatives, tweeted his list of top three athletes of all time: "1. Muhammad Ali  2. Serena Williams 3. Tiger Woods." He could be right about Ali, but Serena Williams plays women's tennis, and comparing women's tennis to men's tennis is like comparing AAA minor league ball to Major League Baseball. It's hard to see Serena as the second greatest athlete the world has ever produced when she couldn't win even one match against a top—or even average—male ATP tennis player; maybe even top male college player. She's a great champion though.

As for Tiger Woods, he's not even the consensus greatest golfer. Jack Nicklaus has three more major titles than Woods, and that's how greatness is measured in that sport. And to even put a golfer into this conversation is ludicrous. The weather's the only thing that could cause you to break a sweat in that sport.

Muddying this topic even more is the fact that "athlete" is an ambiguous word. It can refer to any person participating in a sport, but it's often used to designate, within the same sport, those blessed with an abundance of natural ability that can't be acquired via learning. The most talented athletes are sometimes called "freaks." Quarterback, which requires a specific set of skills, not all of them physical, is one of the least athletic positions in football; wide receivers are the best athletes. Brady's not a world class "athlete" in this regard, but he is a world-class winner.

When evaluating the history of athletics, how does it make sense to compare a golfer to a football player, or a pro female tennis player to an NBA player? You might as well compare a singer to a guitarist, or a drummer to a pianist. I could make a good case that the GOAT athlete's someone almost nobody's ever heard of—a Frenchman named Kevin Mayer, who's the world record holder in the decathlon, a two-day event composed of 10 separate track and field competitions. To win, you need speed (100-meter dash), endurance (1500 meter run), strength (shotput and javelin throw), the ability to jump both high and far (high jump and long jump), and coordination (pole vault). There's no single greater test of athletic ability, but you don't hear anything about Mayer, even though traditionally the "World's Greatest Athlete" designation's been bestowed on decathlon champions. The 28-year-old is the favorite to win a decathlon gold medal at the Tokyo Olympics this year.

Swimmer Michael Phelps has won 23 Olympic gold medals, so he may be the GOAT. Muhammad Ali accomplished all that he did despite being suspended from boxing for three years in his prime, so he's in the discussion, as are the rare athletes who've excelled in two pro sports (baseball and football) such as Deion Sanders and Bo Jackson. Tom Brady's great but he played for Bill Belechik, probably the greatest coach in NFL history, for 20 years. How do you factor that into the equation?

Ali was in the ring by himself against some of the most fearsome boxers in history. Phelps didn't have anyone else in the pool to help him swim. Mayer completed alone in a grueling two-day event. But who's the GOAT athlete? That's like asking who's the greatest musician or greatest politician of all time. You'll never get anything close to a consensus.