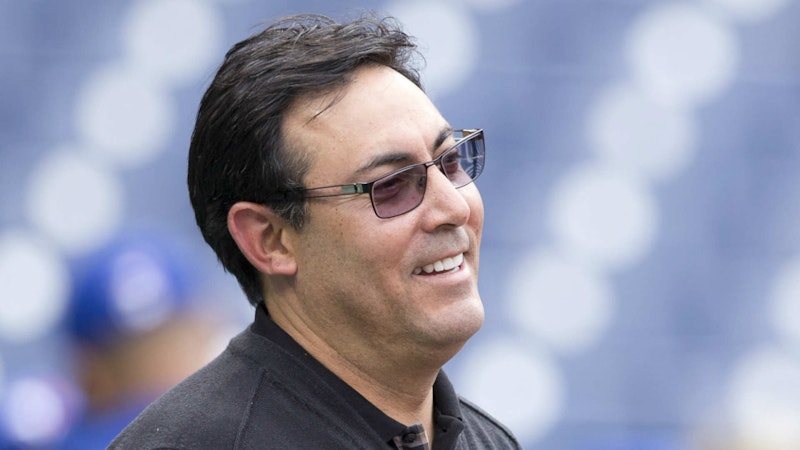 During my junior year of college, I worked as a merchandiser for a national ice cream brand. The job didn’t involve the hard work of hauling and delivering the ice cream or the paperwork and business acumen of selling the ice cream. I simply drove to a grocery store, grabbed some ice cream from the rear freezer and moved it to the display cases. My daily route was pre-determined and sent to me each morning. I rarely had any direct interaction with a supervisor or any co-workers and made my own schedule. As long as the ice cream got to the display case by the end of the day I was fine. Never knew I had it so good.

Now, 18 years later, I long for those days of independence, minimal interaction and near total lack of responsibility. My current days are filled with commitments, meetings, responsibilities and required engagements. People actually count on me, and that can be daunting at times.

Ruben Amaro Jr., former and much-maligned General Manager of the Philadelphia Phillies, no longer has such concerns. In a baseball offseason headlined by a quartet of aces on the open market, Amaro’s new gig didn’t attract much notice. Amaro landed softly at Fenway Park after being relieved of his duties in Philadelphia.

Amaro’s reward for suffering the slings and arrows of the Philly sports fans and media over the past seven years is a comfy spot in the Red Sox first base coaching box and some turns on the mound as a batting practice pitcher. His new post is about as far removed from the cauldron of Phillies’ GM as you can get and still be in the Major Leagues. It is essentially the MLB equivalent of anonymously stacking ice cream in a freezer.

Some people had fun at Amaro’s expense when the Red Sox announced his hiring. It gave the trolls one last swing. Amaro’s transition may not be conventional but it is admirable. He has a World Series ring, millions in earnings from his time in Philadelphia and an undying love of the game. While he may have been over his head at the helm of a front office he seems over-qualified for timing pickoff moves. Good for him.