Who better for gun skeptics to listen to than experienced gun supporters? 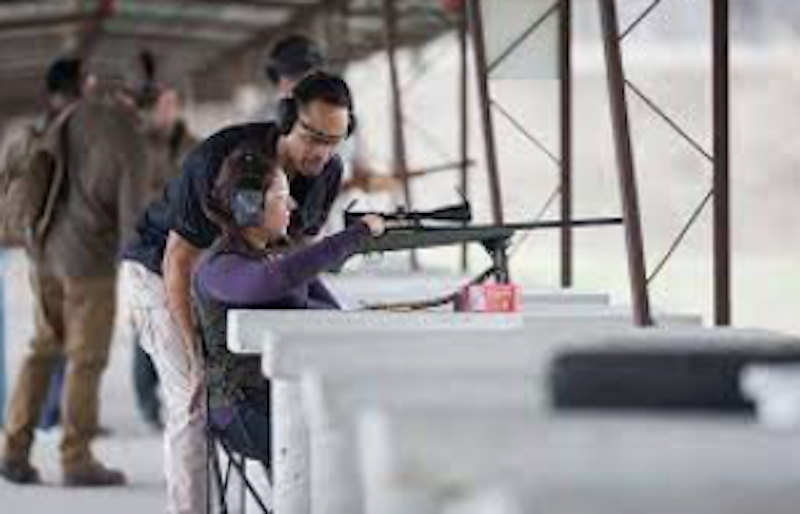 The United States is a divided country. One issue that people are split over involves guns. “They’re not safe,” critics say. “People that own firearms are a bunch of nuts,” others add. There’s no better time than now for gun enthusiasts to show people they’re wrong. That’s because August happens to be National Shooting Sports Month.

One person that doesn’t see the point in going to the range is U.S. Congressional candidate Jan McDowell (D-TX). In a tweet on August 4th, McDowell or the social media person working for her campaign shared a meme of McDowell having a conversation with four individuals. The tweet said this is “how Jan welcomes friends” in the 24thcongressional district. Underneath that was a picture of Representative Beth Van Duyne (R-TX) standing with four people at a gun range saying this is “how Beth welcomes friends” in the 24thcongressional district.

A better title would be “How to lose friends and alienate people,” and not just in Texas. Perhaps McDowell doesn’t know, but one of the fastest growing demographics in gun ownership and the shooting sports involves females. Women are buying guns for safety purposes and leisure activities such as target shooting. Ask the ladies behind Well Armed Women or the A Girl & A Gun Women’s Shooting League.

Target shooting is fun. Legally owning a firearm isn’t wrong. Gun ownership and target shooting benefits the economy and the environment which Democrats are trying to protect for future generations. Excise taxes are generated from the sale of ammunition and firearms. Those dollars are then distributed to U.S. Fish & Wildlife to state agencies to help fund programs that involve research and conservation efforts. “This partnership of hunters and sport shooters with the firearms and ammunition industry is by far America's largest contributor to wildlife conservation and public access to our natural resources,” says a related post by the Mississippi Department of Wildlife, Fisheries, and Parks (MDWFP) involving the Wildlife Restoration (Pittman-Robertson Act). It shouldn’t come as a surprise to read that governors in roughly half the states have issued official proclamations celebrating National Shooting Sports Month. Governor Tate Reeves (R-MS) is one of them.

One trip to the range is all it can take to help someone go from being a gun-hater to a new recreational shooter. Unfortunately, some people may not go unless they’re invited. If you’re a recreational shooter, contact a neighbor, friend or co-worker. If you’re opposed to guns, consider the opportunity to see the other side of the story and go with someone to a gun range. Listen to your friend or instructor. Ask questions, even if you think they’re dumb. Meanwhile, consider all firearms to be loaded, never point a firearm at someone, keep your finger off the trigger until you are ready to fire, and know what’s beyond your target.