Making the Best of a Lousy Baseball Season

I can’t remember when the Red Sox folded so early. 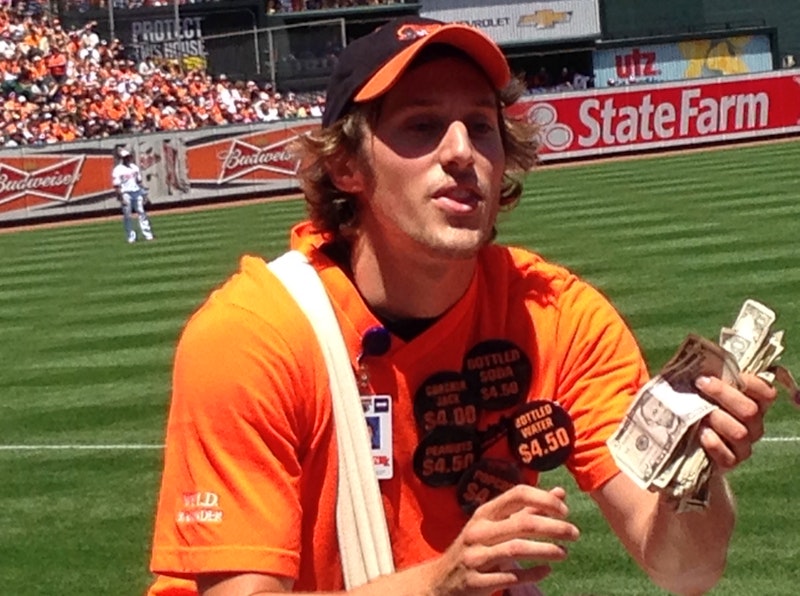 Baseball seasons blend into one another and if you’ve been a decades-long fan it’s hard to recall, at the drop of a hat, just how your team performed in, say, 1990 (or even who was on the roster). That excludes World Series championships, obviously, and so for this Boston fan 2004, ’07 and the who-would’ve-thought ’13, are milestones. Still, as the Red Sox sit, as of June 16th, nine games out of first place in the A.L. East and a ridiculous five and half games behind for a mere Wild Card berth, I think back to 1984. That was the season that the Tigers galloped off to a 35-5 start and never looked back: it was an early exit for Boston, my interest waned, and was punctuated by a City Paper colleague who was a boisterous Detroit fan and almost every day he recounted his team’s latest triumphs. And I swear that his baseball allegiance had nothing to do with his dismissal the following year.

The 2014 outlook, then, for Boston is bleak, and while no one will sympathize for those of us who hope David Ortiz, Dustin Pedroia, Jon Lester and co. can pull off a miracle—we’re not talking Cubs, after all—it still sucks. Anyway, that was the backdrop for a Father’s Day visit to Baltimore’s Camden Yards, where I was hoping the Birds could knock off the division-leading Blue Jays and tighten the race. It didn’t happen, as the Jays were up 3-0 by the fifth inning and a sweltering sold-out crowd was mostly hushed and played out the string. Man, I can’t stand the Jays—a mild dislike compared to the Yankees, of course—and would far prefer to see the O’s take the division if the Sox fold by… this week.

Then again, not all was lost since my in-laws were in town for the weekend and my wife’s dad, a very spry 76, was buzzing at the game, delighted by our field-level seats behind Toronto’s dugout (very pricey, but hey they came with a complimentary ticket for Boog’s inexplicably praised barbecue), and rooting for the home team. Rudy’s a White Sox fan since way back—another team that can just about call it quits this year—but more than anyone I know he simply enjoys the game itself and loves to gab with my sabermetrics-savvy son Booker about minor-league prospects, under-valued players and defensive valuations that are beyond his, and my, ken. In fact, Rudy’s so old school that every day, at home in Los Angeles, he reads the box scores in the Times, and methodically charts the results of every day’s games. He’s got reams and reams of these print-outs, and while he freely admits they’re essentially useless, it’s a routine he relishes, and I can think of far worse ways to pass the time.

Our sons look forward to their grandparents’ annual visits—the various jaunts around town, my wife’s dinner buffets, and our traditional, and very contentious, Monopoly game—and mostly tune out the political debates I have with Rudy and Daisy, who are dyed-in-the-wool Democrats. Typical of the tug-and-pull this time around was when Daisy declared that she’ll never forgive George W. Bush for invading Iraq, a stance that’s hardly unique. I pondered that for about 10 seconds, and countered that while Bush’s administration surely botched the war—and you know Barack Obama, in the thick of it now, is cursing his laid-back Texan predecessor—what about that Democratic icon JFK, who got the country involved in Vietnam? Round and round we went—although we agreed that the Republicans have an utterly disgraceful position on immigration—and while it got a little loud, as usual, we mutually went the a-pox-on-them-all route and moved on to other, less controversial topics, such as the perilous condition of the book industry.

Both Daisy and Rudy are very sharp cookies, so it’s a lot of fun to natter on, catch up on family doings, and hear about their latest travels, the most recent of which was a traipse through South America. Besides, all the activity this past weekend softened the disappointment of the Red Sox’s sputtering offense, until tonight that is, when the Twins are at Fenway Park for three games, the results of which may decide if Boston’s far too cautious GM Ben Cherington is a buyer or seller a few weeks from now.