Football’s a dangerous sport for the untrained. Thankfully, long snapping is one of the safest positions. Give it a shot. 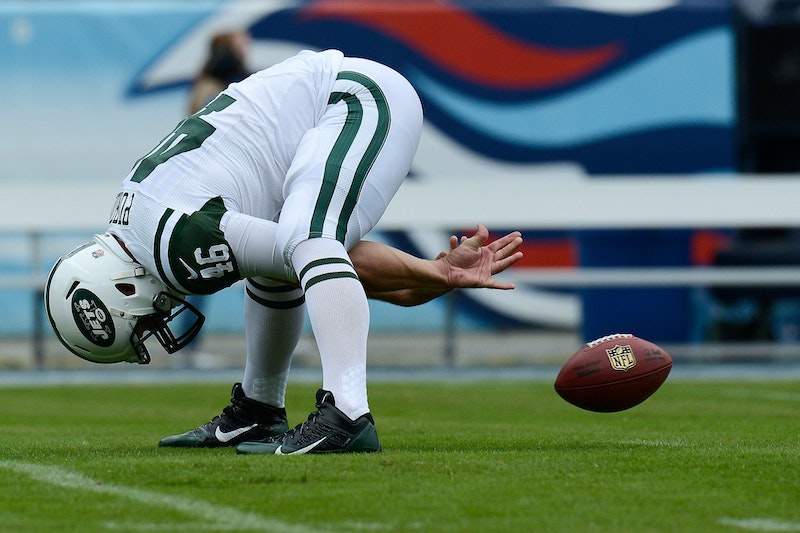 Many kids growing up want to play football but don’t receive much time on the field or don’t think they have the talent. Some stick with the sport. I was one of them. Going into my senior year of high school, I didn’t think I’d play one down on varsity that entire season. We had a few seniors the year before that didn’t, so why would I ever get in there?

However, I used critical thinking and found the ticket to earning a little playing time: long snapping. If someone wants to play football and actually play, that’s what I recommend. Each position on the field has its challenges. Growing up, playing quarterback is tough because of the competition. In a way, it’s like pitching in Little League. You have the kids that are legit, and then there are the coaches’ sons.

Linemen need size and strength, wide receivers need to catch, and tight ends need to do both. Running backs need speed and to hold onto the football. Linebackers need strength and instinct while the defensive backfield needs speed and the ability to prevent the other team from catching the ball. I lacked all of this and so did many other kids who liked playing football.

As for positions one can train for on special teams, there are three primary ones: kicking, punting, and long snapping. Long snapping is the most viable. Kicking and punting require a lot more space. It’s also a pain in the ass to go get the ball after kicking/punting it because it goes much further. Some kids happen to be decent at it without much training. There also may be a greater interest in the position.

Meanwhile, most don’t know who long snaps for their favorite NFL team. From my experience watching football, it’s often the weak link at lower levels. It’s a position where teams might use the center or some other decent athlete who can sometimes get the ball back there but doesn’t understand how to long snap. On my team, I ended up long snapping when the coaches came to their senses. They were unable to ignore that I put a ton of work into it and was more consistent than others.

My team won the state championship and went 10-0 in the games I played in (12-1 on the season). I went from someone who didn’t get into the last two JV games of the season my junior year (fuck you, Coach Downey) to playing on varsity.

Long snapping is also a position that can extend the career of a talented football player. Zach Triner, long snapper for the Tampa Bay Buccaneers, has something in common with me: he’s a Marshfield High football alum. He was a Division 2 college football player at Assumption College at Worcester. He was a good defensive end there, but wasn’t an NFL prospect at the position. Long snapping, however? It helped him into the NFL—along with years of hard work while he awaited an NFL opportunity.

At higher levels, skills like blocking, downfield coverage, and tackling help make someone a competent long snapper. At lower levels, including varsity high school football, all teams want is someone who can snap the ball to the kicker or punter consistently. I was probably one of the worst players on the team in high school, but I snapped well enough to the point where Curry College and Dordt College showed interest.

One piece of advice to younger athletes who want to learn to long snap: don’t play football just to impress some girl. That’s stupid and a good way to get hurt. Football’s a dangerous sport for the untrained. It’s not as bad for people who know what they’re doing and long snapping, thankfully, is one of the safest positions. Give it a shot. Long snapping tutorials and videos can be found online. Learn the form, set up a target, and try to hit it. With enough work put in, it might result in playing time.