Jordan Poole Isn’t Concerned with Your Attempts at Defense 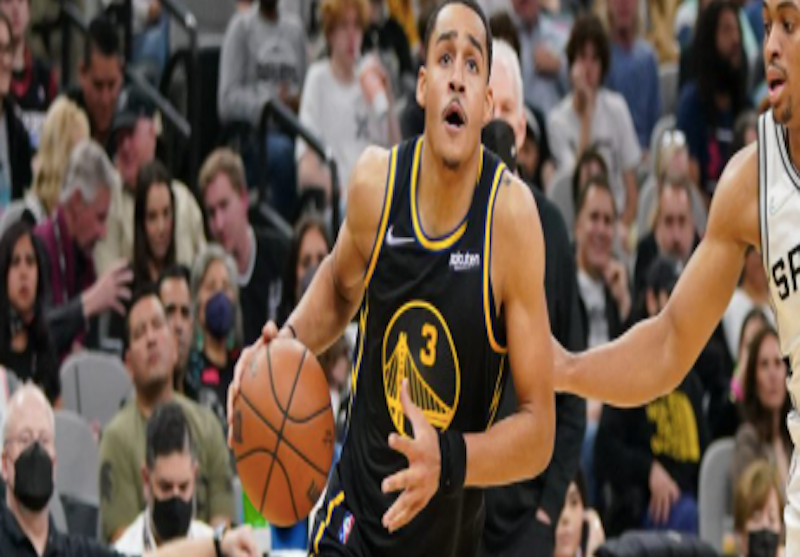 Jordan Poole is a basketball-playing human on the Golden State Warriors. He’s not a new superhero, but he played like one in the first game of the NBA's Western Conference semifinals. Jordan Poole isn’t fast, he's supersonic. Not to be confused with the now-defunct NBA team from Seattle. People have referred to his reaction time as similar to Spider-Man, who’s a superhero with quick reactions. Jordan Poole is longer than many people think he is. At full extension, Jordan Poole can snake around other tall humans and spin a layup off the glass.

Jordan Poole enjoys shooting the basketball from long distances. His teammates, Steph Curry and Klay Thompson, are known as the Splash brothers. "Splash" is a common exhortation people use when their long-distance shots go cleanly through the hoop, touching only the nylon. Jordan Poole doesn't need to be called a "Splash" younger brother. Some people call him Swaggy Poole, but that's not inspiring.

Some people call Jordan Poole "The Microwave," a moniker given to Vinnie Johnson during the 1980s when he played for the Detroit Pistons. Microwave ovens heat things up quickly, though they have also been known to remove nutritional value from food. I remember Vinnie Johnson because of his early-onset male-pattern baldness, and because he played well against the Boston Celtics in the playoffs. Remember, this was the 1980s, when three-point shooting was still a novelty. Vinnie Johnson shot 25 percent from deep in his career.

Jordan Poole gets cooking before you've stepped foot in the kitchen. He cooks with 28-footers and fast-break lay-ups. His back-door cuts will leave all the vegetables chopped. Even the cauliflower and the cabbage, both of which take some time.

Jordan Poole isn’t the highest leaper, not like the human trampoline known as Ja Morant, who the Warriors are facing in this 2ndRound series. Jordan Poole grew up in Milwaukee, Wisconsin, but he learned how to shoot from Green Bay. NBA announcers like to say things like this. How a long-distance shot was from an entirely different city. My hometown of Arlington was name-dropped by NBA announcer Mark Jones during the Celtics-Bucks series opener. Arlington is 12 miles from Boston. Mark Jones knew of the city because one of Milwaukee’s guards, Pat Connaughton, is from Arlington, so the game was a homecoming for him, despite the fact it was officially an “away” game for the Bucks. Some Bucks player took a 27-footer, and Mark Jones thought he was funny, by saying “He launches one from Arlington!” What’s funny about that is my hometown is a hockey town. Nobody cared about high school basketball. Everyone played hockey.

Jordan Poole was 10 years old when Steph Curry was drafted by the Warriors in 2009. Poole was in eighth grade when Steph Curry began annihilating the NBA with 30-footers, launching over seven three-pointers per game in 2012-13. Jordan Poole belongs to the next generation of NBA players, who grew up watching this NBA three-point revolution. The fact that Jordan Poole is so wide open has everything to do with his Splash brothers, and the Warriors whirring offense.

Jordan Poole doesn’t lack confidence. When he was drafted, some thought he had too much of it. Having developed all aspects of his offensive game, nobody thinks Jordan Poole has too much confidence now. What is it they say, "The naivety of youth?" Jordan Poole’s acting like he's been here before. Some of his teammates have. He's just filling in and filling it up.