Finally, the Orioles Show Some Life

Grant Balfour’s a plus addition; Brian Roberts is no loss. 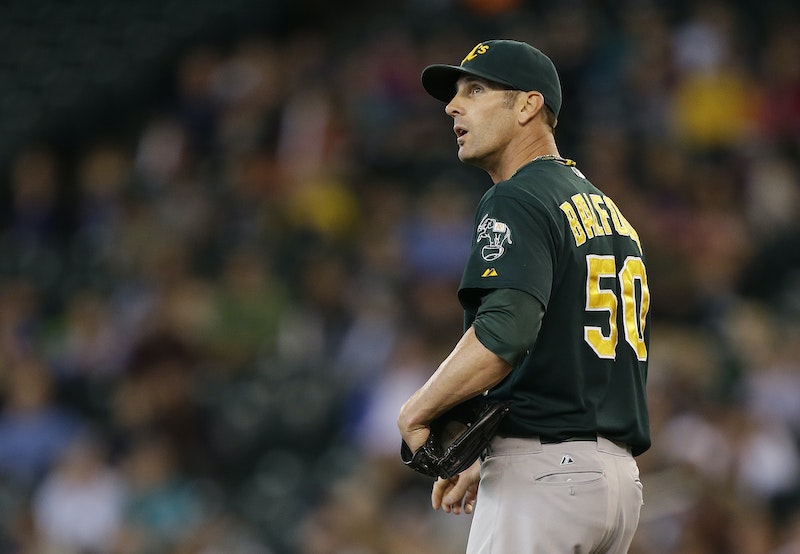 The Orioles have drawn a lot of criticism nationally and locally for their winter slumber. The team entered the offseason with gaping holes in the starting rotation, second base, left field, and designated hitter and kicked off their Hot Stove Action Plan by dealing All Star closer Jim Johnson to Oakland. The O’s finally took the first step towards improvement on Tuesday with the signing of free agent reliever Grant Balfour.

Balfour, who signed a two-year $15 million contract, effectively replaces Johnson at the back end of Buck Showalter’s bullpen. Balfour is almost six years older than Johnson and averages more strikeouts and less hits per nine innings than the O’s former closer. Johnson has saved more games and has better control than Balfour. In the end, their on-field performance in likely a wash. Balfour is more of a swing and miss guy, which will be welcomed after Johnson’s trademark sinker led to an unlikely BABIP of .327 after posting a career-low mark of .251 in 2012. Billy Beane and the Athletics are banking on Johnson’s luck improving in 2014 as he hopes to post a bounce-back campaign with free agency on the horizon. The Orioles are hoping Balfour’s power stuff plays as well in Camden Yards as it did in Oakland’s Coliseum.

The Orioles saved about $2.5 million dollars, and gained a potential second baseman in Jemile Weeks, in the Balfour/Johnson deals. Baltimore also signed former Marlins reliever Ryan Webb to a two-year contract worth $4.5 million. Dan Duquette has essentially used Johnson’s salary to lock up a closer for two years and add another solid set up man while also acquiring a potential second base option in the process. It’s not the headline grabbing moves for Shin Soo Choo and Matt Garza that fans are clamoring for but the Orioles are better today than they were two weeks ago; for that Duquette should be commended. There is still much work to be done.

While the O’s were adding Balfour on Tuesday they lost long-time second baseman Brian Roberts to the Yankees. Roberts, who signed a one-year deal for $2 million, will presumably have a chance to replace Robinson Cano as Derek Jeter’s keystone partner. Of course, replacing Cano with Roberts is like casting Calista Flockhart to replace Christina Hendricks. Good luck with that.

The best thing about Roberts signing with the Yankees is that it means he won’t be re-signing with the Orioles. Roberts worked hard to return to the field last season, and wasn’t a complete disaster at the plate, but he exhibited all the defensive range of a Japanese maple. After collecting $40 million to play in a grand total of 192 games over the past four seasons Roberts leaves Baltimore with a tainted legacy. For nearly a decade the second sacker was the face of the franchise. His reputation took a hit after he was named in the Mitchell Report and then his career was derailed by a self-inflicted concussion after hitting himself in the head with a baseball bat. Roberts has done great charitable work in Baltimore, but his career in orange and black had run its course. Roberts advanced age, checkered injury history, and PED accusations will fit right in with the Yankees.