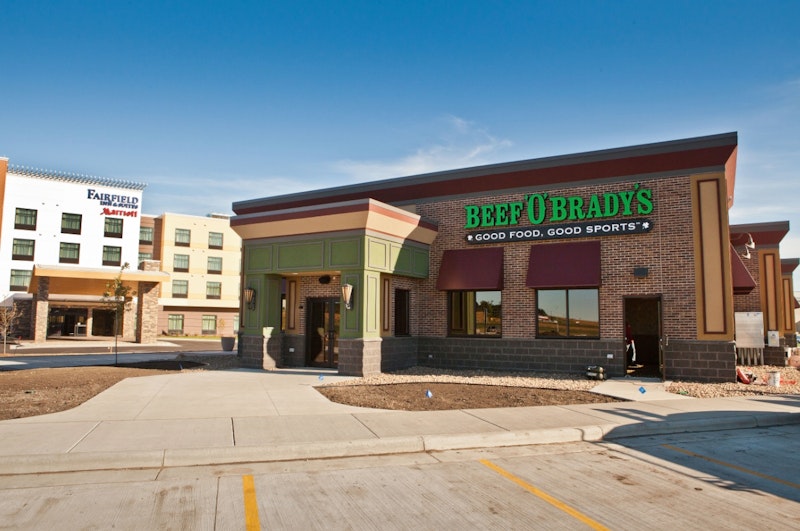 Making fun of college football’s “bowl season” is almost the easiest joke in all of sports journalism. In fact, it’s so easy that it’s hard. Just take a look at the number of bowl games and the name affixed to those contests. Gullible corporations and “edgy” dot.com entities yield to sports marketing consultants who have branding ideas and “strategies” and the next thing you know there is a “Russell Athletic” Bowl televised by ESPN on a Saturday at 5:45 p.m. between Christmas and New Year’s Day. Not to mention the Franklin American Mortgage Music City Bowl in Nashville or the Fight Hunger Bowl in San Francisco or the Heart of Dallas Bowl held in Dallas, which is not the Texas Bowl that’s held a week earlier in Houston.

It really is a clearinghouse of bad comedic angles shedding blurred floodlight on the hideous and ungraceful denouement to the NCAA football season—a segment that is tightening its firm grip on the American sports psyche with each passing year. One indicator of the complexity of this gargantuan sports market: try explaining U.S. college football to any European. You are better off quoting Bernanke or discussing Russian chess federations or why lots of ice cubes are important in any and all beverages.

So I decided to watch my alma mater, Ohio University, play in the Beef O’Brady’s Bowl. It was held Monday afternoon in the Tropicana Dome in St. Petersburg, Fla.

The Bobcats were comfortably set down 37-20 by the East Carolina Pirates, as expected. I was in Florida, but not in St. Petersburg. I was on the East Coast, in the Melbourne area to see family for Christmas. I played 18 holes of bad golf in the late morning and trucked straight to the nearest Beef O’Brady’s for the “big” game. The sponsor of the bowl is a “family” sports pub chain that began in the mid-1980s in the Tampa area. It was always a big Spring Training sponsor and I always cringed at the name. Naming anything “beef” conjures up Lee Ving of the punk band Fear screaming the song “Beef Baloney” into a sodden microphone at three a.m. in the lower level of the Lismar Lounge. Check out the Beef O’Brady’s website and it plays up the family angle by stating their now vast collection of Southeastern franchises pooh-pooh “hard liquor” and pool tables. I wanted to absorb the grassroots level of corporate toadyism refracted by the prism of bowl game hype. I wanted to see what the game experience is like on the front lines of the “family sports pub” on a Monday afternoon during Christmas week.

I almost got killed crossing two-lane traffic to pull the rental car into the lot of Beef ‘O’ Brady’s Store #15, a former Burger King in between some corporate office parks and three-deep half-empty strip malls in the center of sprawling Melbourne. The bowl game had started seven minutes ago, but the place looked closed. Employee cars were parked in the old bank lot across from the main parking lot. There were some sad University of Florida alumni banners affixed to a fake white picket fence alongside the property. No balloons, no special signage announcing the franchises’ big day over in St. Pete. Just the standard white background block-letter fast-food message board: “HAPPY HOLIDAYS 2 FOR 1 ALL DAY EVERY DAY.”  Yes, you read correctly (and this sums up Florida: two drinks for the price of one—forever. And this Beef ‘O’ Brady’s has hard liquor because, well, with a rebel yell she cried more, more, more.

The horizon is low, there are landscaped traffic islands with perfect palm trees everywhere, but when you enter Beef ‘O’ Brady’s all of that is forgotten. It is waiting room purgatory, underwhelming and disorganized and… pretty much empty. There is a Tia Carrere bartender type, busty and named Rosie with requisite tribal/floral tats. She is washing glasses (apparently from last night) at the far end of the L-shaped bar. She seems physically overqualified for this neck of the woods as many a bar over along the beach on AIA could use her imagery more than this pop stand. There is one dude seated central at the bar, the usual divorced middle-aged guy on disability from some pretty good government contractor/NASA gig, watching the clock chase 2:30 p.m. and his uncountable mugs of beer.

Of the five televisions skirting the bar, only one has the Beef ‘O’ Brady’s Bowl on it. The sound is not on. There are brooms and dustpans propped in corners, open fuse boxes exposed through side doors, and the bad idea of an open kitchen reveals a scarred walk-in with many taped signs and lots of back-end kitchen detritus that really should not be made public. But who is looking, really? Just me.

Lots of these chain sports-bars suffer from waiting room atmospheres. Katy Perry is spilling from an FM radio in the back of the kitchen mixing and competing with the live audio from ESPN News running on one of the many televisions in the front room of the joint. Spinning on my stool I notice the largest screen, a projection number wedged under the solarium wall at the far end, is showing the Ohio U vs. ECU company party game. Solariums are such a horrible idea in Florida, especially in the shadeless wasteland of the mid-city strip malls. But they’ve covered this one adequately with large framed autographed jerseys from Florida Tech and the Miami Heat and the Orlando Magic. Sit there long enough and you experience the sports bar version of the Reagan political ad “Morning in America” only this one is “Afternoon in Sports Bar Suburbia.” The masonry contractor workers wander in with baked mullets, sunglasses on worn ball caps and stinging thirsts. They joke with Tia Carrere because they have, shall we say, been here before at 2:40 pm on a workday. More divorced NASCAR fan guys wander in. Several wannabe dishwashers shamble up and ask for a manager, and at least two girls wearing too much make-up are filling out Beef ‘O’ Brady’s applications at the high side tables.

Several of the televisions are showing news channels mid-afternoon, and when I ask Tia and her equally endowed waitress pal (kind of a lost DeMornay type) if they were invited to the Beef ‘O’Brady’s Bowl over in St. Pete they look at me like I know that the Beef ‘O’ Brady’s Bowl is actually on. Which it is, and ECU has gone up 7-0 on my Bobcats. They mutter and walk away from me as I take notes under my golf scorecard. I ordered fried pickles, and Tia forwards the chit to the guy with the neck tattoo in the kitchen. A manager type guy finally materializes and explains to me the franchise has sponsored a bowl game for “about five years now.” He looks up at the wrong TV to check the score and disappears into another side door off the kitchen.

Behind the projection TV in the solarium, traffic streams by on South Babcock St., oblivious to the collegiate football obscurity being broadcast to no one in particular at building number 1316. Ohio University was never much of a football school. I don’t really follow the Bobcats on the gridiron that closely, but do like the fact that Bobcat quarterback Tyler Tettleton is the son of former Orioles catcher Mickey Tettleton, he of the “waiting for a bus” batting stance. By the time I finish my fried pickles, which kick ass, Ohio is down 14-0.

Rosie is working a double and does not look excited about her prospects for a late December Monday. Another manager type emerges to cash me out. She is Melissa Leo without the agenda. She asks me my name, I don’t know why, but Tia/Rosie finally emerges from her ladies room nap to say my check was under “Card” probably because of my golf scorecard in front of me the whole time. I was hoping for chatty, but got elusive. Oh well, that is how the Beef ‘O’ Brady crumbles. My official check ($14.78 for four beers and a basket of fried pickles) spells out the “tip” explaining 15 percent is $2.08, 18 percent is $2.50 and 20 percent is $2.78. I had left $3, and as I climbed into the rental car to leave, Tia/Rosie came running out saying I had dropped a dollar. I was taking a picture of the quasi-Irish signage on the side of the building. I told her she could keep it and for some reason apologized, yielding to an underlying sadness.

I aimed the Chevy Equinox with dreadful Massachusetts plates back into the traffic of this Brevard County city/town few know much about, except for Doors fans who can identify Melbourne as the birthplace of none other than Jim Morrison.