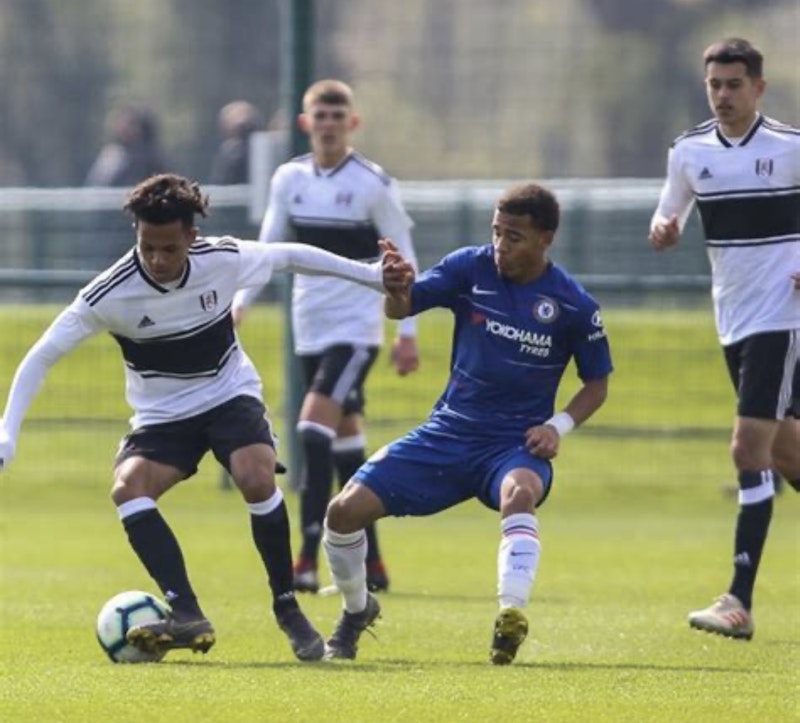 Always a one-team fan in every sport I follow, I’ve made an exception when it comes to overseas soccer. I’m now rooting for two English Premier League sides simultaneously, with a third squad also in the mix from a lower league. I see nothing wrong with a Chelsea, Fulham and Millwall fan base harmoniously housed in my own psyche, especially as I’ve attended matches at each club’s ground. Not bad for an Ohio-born American.

Neighborhood rivals have existed in big league baseball before, though merely on paper. The distance between the old Yankee Stadium and the Polo Grounds was 1.2 miles, according to online search engine mapping sites. But the Yankees and Giants of Gotham baseball lore were separated by leagues. Ebbets Field in Brooklyn, home of the Dodgers, was 15 miles from the Polo Grounds as the National League crow flies. The lost boys that were the Boston Braves (housed at what is now Boston University’s Nickerson Field) were also under two miles distance from the Red Sox at Fenway Park, and like the Yanks and Giants, they toiled in separate leagues.

London, the home city to six of the 20 teams in the Premier League, is accustomed to neighborhood rivalries. If Brentford FC and Queens Park Rangers ever make it to the top flight, Fulham and Chelsea would have their own neighborhood division as all four squads are pretty much shouting distance from each other.

The distance between Chelsea’s massive Stamford Bridge and Fulham’s quaint Craven Cottage is 1.9 miles. And these Premier League stalwarts toil in the same circuit. In English football, it’s a busy time for those of us who follow Americans playing the game over there. The London postcode of SW6 is especially rife with Yanks as behemoths Chelsea have given the precious number 10 shirt to Christian Pulisic, the pugnacious kid from Hershey, PA, who has a sweet tendency to bum-rush the goal mouth. Fulham’s porous defense presently has two American-born players desperately trying to clear the ball from the area.

Finishing game week 5 this past weekend, both Chelsea and Fulham have experienced rocky starts. Fulham, just promoted from the Championship League, earned its first point with a 1-1 draw against equally woeful Sheffield United. It certainly didn’t help that Fulham’s lone striker, the angry Serb Alexsandar Mitrovic, hit the woodwork to miss a penalty kick. Chelsea, despite having added impressive offensive weaponry from Germany, still hemorrhage goals via some goalkeeping that’s slightly off. Permitting Southampton to draw 3-3 at Stamford Bridge this past weekend was somewhat of an embarrassment, much like the 3-3 draw against West Brom in late-September. It’s odd how the Blues have seemingly overnight gone from a squad full of academy kids to an all-star cast of European superstars. That might explain Chelsea’s inconsistency despite the steady hand of manager (and former Chelsea legend) Frank Lampard.

Over at Fulham’s red brick cottage orne version of Wrigley Field, American defenders Tim Ream and young Antonee Robinson wear the ancient badge of FFC (founded 1879) continuing the Fulham tradition of using Americans on its roster. It’ll be next year before my two SW6 teams meet on the pitch for league action. Fulham hosts Chelsea on Jan. 16 and can pretty much walk to their away match at Stamford Bridge on May 1.

Fulham’s atmosphere is a little less corporate than Chelsea, though the club is tampering with Archibald Leitch’s original design by adding a UFO/South Street Seaport type of grandstand development still under construction on the banks of the Thames. During my last visit, it was amusing to frolic among the massive amount of dogwalkers using adjacent Bishops Park to exercise their hounds. I’d been given a new wedding ring, so I purposely left the old one behind at Craven Cottage after taking in a match against Wolverhampton. The last beer I had was at Craven Cottage, an overly-foamed Carlsberg served by vendors wearing awkward astronaut style backpack kegs having gone cashless and mobile. Instead of spreading out on the tiny pavilion, they all stood clumped together in a corner, as if shunned by fans who preferred Carling. For health reasons, I had to give up lager consumption a few years ago but made a pact that I could have one at a sports stadium while in attendance. So there was the Carlsberg in London two winters ago, and an Iron City Light at PNC Park in Pittsburgh two summers ago.

This year’s transfer window had an air of desperation at Fulham, with the team owner’s son making flippant apologies online after a bad 3-0 loss to Aston Villa. They borrowed a dude named Ruben Loftus-Cheek from Chelsea who might just make enough noise at Fulham to prevent another relegation drama later this season.

In terms of fanzines, Fulham seems to have Chelsea beat. TOOFIF (There’s Only One F in Fulham) is a full-stapled digest magazine at this point and is very much in evidence outside the Cottage. CFCUK, the main Chelsea zine, is a bit harder to find. Chelsea does have a popular YouTube video blogger named George Benson who helped get me through the soccer-void of the pandemic with some useful and energetic chatter about the Blues.

My third team, Millwall, has added an Irish player named Parrot on loan from Tottenham who might keep the Lions in the upper third of the rowdy Championship League if he can stay healthy. The ECL has a massive table of 24 squads, so the matches come fast and furious and can be hugely entertaining. It is, as they say over there, bloody early in the season, but as of this writing Millwall FC was in the top five of the league.

This weekend the matches are pleasantly staggered, with Fulham vs Crystal Palace at 10 a.m. EST and Chelsea vs.Manchester United on at 12:30 p.m. EST. Unfortunately, the Millwall vs. Barnsley clash also kicks off at 10 a.m. Such is a football life when you violated the one-team rule of fandom.