It’s a divisive waste of time. 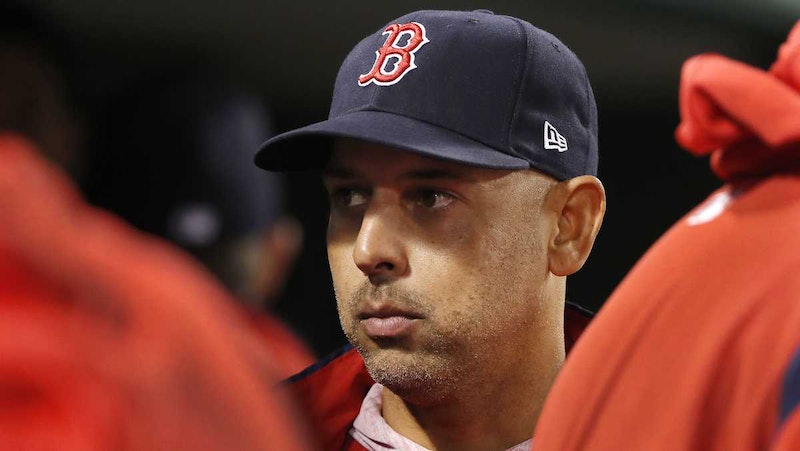 The controversy over the Boston Red Sox’s White House visit is overblown.

It’s the non-story that’s followed the Sox since they hoisted the Commissioner’s Trophy last October. The defending World Series champions are set to visit 1600 Pennsylvania Ave. Thursday afternoon to eat some fast food with President Donald Trump, give him a “Trump 45” jersey, listen to him talk about how great they are for 10 minutes, take a picture with him and leave. However, not everyone will be there.

Manager Alex Cora made his much anticipated announcement Sunday that he wouldn’t attend as he’s unhappy with the Trump’s handling of the aftermath of Hurricane Maria which devastated Puerto Rico, from which Cora hails. Whether it was Trump’s idiotic tweet questioning the death toll, not being satisfied with the $41 billion in relief the island has received so far (given the $91 billion in damages) or blaming him for the shortcomings of an island ill-prepared for a hurricane doesn’t really matter. Cora made up his mind, and his decision should be respected. The team gave its players and coaches a choice of whether or not to attend and it’s his decision—and he is not alone.

Catcher Christian Vazquez, also from Puerto Rico, as well as a handful of other players like third baseman Rafael Devers, pitchers Hector Velazquez, Eduardo Rodriguez and David Price, catcher Sandy Leon and outfielders Mookie Betts and Jackie Bradley Jr. won’t be there either. Everyone’s entitled to their own opinion and what these guys do has little impact on our lives.

So what if Cora doesn’t want to shake hands with Trump on his day off? How does that impact America? It doesn’t. And what if some white Texans on the team like Ryan Brasier, Brandon Workman and Brock Holt are excited about going? Is that some sort of a travesty? No.

No one should be shocked that a team filled with white Christian southerners has some players who want to meet a conservative president, or that the team’s Latino players are off put by Trump’s hardline immigration views and rhetoric. Last month, when talking about Trump’s words on immigration in his June 2015 candidacy announcement speech, Ann Coulter told PBS’ Firing Line she thought his words were a bit strong saying, “I don’t think I would have put it that way.”

There’s an abundance of liberal New England sports fans and members of the Boston media who are glad players are not going. WEEI’s John Tomase wrote that he hates that they’re going and similarly, The Nation wrote Cora shouldn’t go right after the team won last year. USA Today suggested the Red Sox should’ve declined the invitation so Cora wouldn’t be put in an awkward spot. Steve Buckley of The Athletic turned it into a race issue, much to the amusement of ESPN’s Keith Law. Never mind that Boston Bruins goaltender Tim Thomas, a Tea Party conservative, was ripped by Sports Illustrated, Bleacher Report and ESPN for snubbing Barack Obama in 2011. Different president. Different standards.

To some living in the New England bubble, going to see a politician who holds opposing views is an unforgivable sin; a 2017 Pew Research study found that 47 percent of liberals said it would “put a strain” on their friendship with someone if that person voted for Trump.

On the extreme side, some see dЯumpf, the evil orange Russian agent who kills people with tax cuts and Supreme Court justice appointments. Forget the Mueller Report findings, they want him impeached now. In contrast, others view him as (((Trump))), another Zionist puppet playing right into the globohomo agenda. And others see God Emperor Trump, who spends 25 hours per day slaying cucks, playing 4D chess and owning libs.

Some moderates and conservatives are angry that Cora and many players won’t attend the ceremony. They say it’s an honor to go to the White House and to represent the country. However, it’s easier to think of this without Trump in the picture because his name may cause some to eschew judgment. Presidents’ actions have an impact on millions of people. Should one have to put their differences aside to visit someone they see as a murderer?

A pro-lifer shouldn’t be expected to put differences aside with a leader who supports sex-selective abortions of viable babies in the same way someone who’s staunchly anti-war shouldn’t have to pretend to respect a neocon who wants war with China, Russia, Iran and Venezuela. Pro athletes have limited days off during their seasons. If they’d rather spend time with their family, that’s understandable.

The best solution is for the White House to stop hosting championship teams altogether. It’s a no-win scenario politicized by media and fans alike. Earning the right to meet the nation’s leader by excelling at sports sounds more like a 12th-century European theocracy than a 21st-century constitutional republic. A president’s time in office is limited and none of them are able to fulfill every campaign promise they make, so wasting time with photo-ops is a waste of time.

If the American people like the silliness of the ceremonial figurehead role, perhaps they could select an apolitical Mr. and Mrs. America to fill the void. And unlike past presidents, Mr. America would have to be a faithful husband. Then, the wonk president could focus more attention on rising healthcare costs, the opioid epidemic, immigration, budgets, etc.

Until then, John Henry, who owns both the Red Sox and The Boston Globe (which ran a fake anti-Trump propaganda cover in April 2016), and President Trump will have to take a photo together, as if they don’t hate each other’s guts.