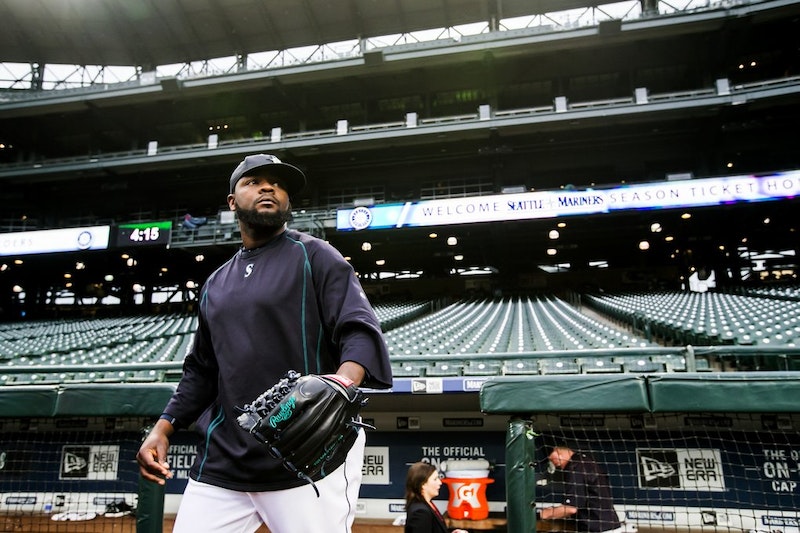 The Chicago Cubs are good. Just ask catcher Miguel Montero. The backstop’s hashtag #WeAreGood has been trending after Cubs’ wins for months. Chicago’s newfound success and recent surge is due to a trio of young sluggers, an acrobatic young shortstop and ace Jake Arrieta. The Cubs have all the makings of a Wild Card juggernaut. So why has Theo Epstein turned the Wrigley Field bullpen into a home for wayward closers?

The unsettled bullpen cost the Cubs two games over the weekend against the dreadful Phillies. Chicago’s received terrific production from Hector Rondon, Saturday’s blow-up notwithstanding. The former Rule 5 pick from the Indians emerged as Chicago’s most reliable reliever over the past two seasons, but the rest of the bullpen is a problem. A lingering injury to set up man Neil Ramirez and the continued control problems of Pedro Strop haven’t helped. While Rondon has racked up 28 saves to go along with a 1.70 ERA the Cubs have brought in veteran closers Jason Motte, Rafael Soriano and Fernando Rodney for late inning auditions.

Chicago’s interest in aging relievers is on the surface given the team’s youth movement and Rondon’s success. It’s important to remember that Cubs’ manager Joe Maddon is atypical. If Rondon is the best reliever in the bullpen in a playoff game he could be deployed in crucial situations anywhere from the fifth inning to the ninth. In fact, it’s more than likely that Rondon will often be asked to pitch innings other than the ninth should Chicago advance to the postseason.

The Rafael Soriano era at Wrigley ended nearly as soon as it began. The 35-year-old former All Star pitched a total of 5⅔ innings for Chicago before hitting the disabled list. Soriano was released last week a few days after the Cubs added Fernando Rodney. The Mariners grew weary of Rodney’s act after he allowed eight home runs and blew seven saves in 50 appearances. Maddon managed Rodney during his stellar 2012 campaign in Tampa. Rodney has impressed in his brief time with the Cubs striking out eight batters and allowing just five baserunners in 5⅔ innings. Motte pitched in 57 games for the Cubs, saving six, before a shoulder strain sidelined him in August. Motte’s October availability looks dubious at this point.

The bullpen added some new blood when Chicago welcomed Neil Ramirez back from the disabled list and recalled prospect Carl Edwards Jr. from Triple-A earlier this week. Edwards is a dynamic arm but the 24-year-old has struggled with control. Edwards looks like a Strop clone after fanning 39 batters and walking 24 in 31⅔ innings for Iowa. Ramirez was the Cubs’ best reliever in 2014, but he’s been bothered by shoulder and oblique injuries this season. He hasn’t pitched in a game since July 25th, and will have a few weeks to get himself back in shape before the Cubs likely clash with the Pirates in the NL Wild Card game.

The Cubs have a wealth of young talent, two top flight starters and one of baseball’s best managers but the thin bullpen behind Rondon could be the team’s undoing.