Can they keep it going and secure a wild card spot? 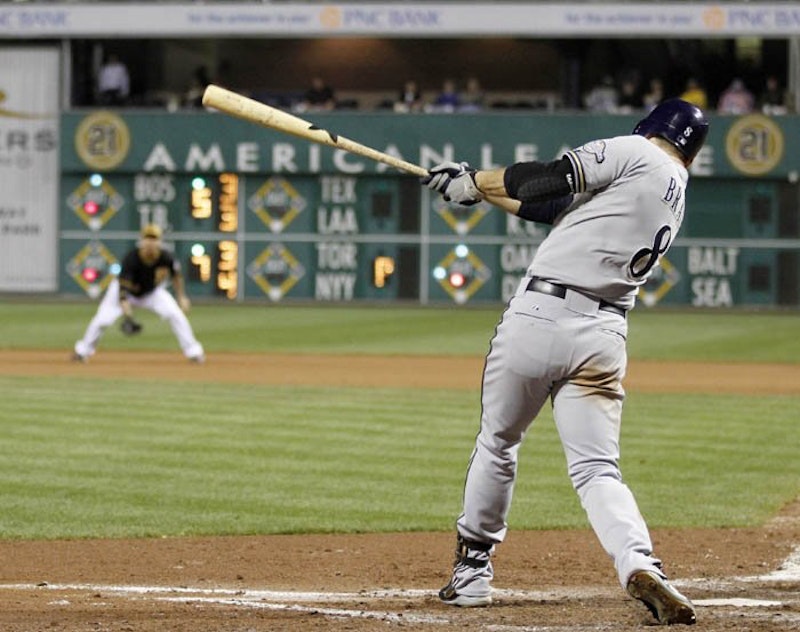 The Milwaukee Brewers and Pittsburgh Pirates met this week in Pittsburgh in a battle of teams headed in opposite directions. The scorching hot Brewers may have capsized the Pirates with a three-game sweep topped off by Thursday's crushing 9-7 come from behind victory. Milwaukee is a late charging Wild Card contender while the Pirates and their fans must contemplate another late season collapse.

In late July the Pirates were the darlings of Major League Baseball as the team appeared destined to break their streak of 19 consecutive losing seasons. Now, less than two months later, a 20th losing season seems like a foregone conclusion. The Bucs were riding high on August 1 with a record of 60-44 and a run differential of +36.  If the season had ended on that day the Pirates would’ve secured one of the National League’s two Wild Card slots. In the seven weeks since, Pittsburgh has gone just 14-31 with a run differential of -50. The collapse is especially hard to swallow for Pirates fans because it so closely mirrors Pittsburgh’s collapse in 2011.

The Brewers caught fire just about the same time Pittsburgh went in the tank. Milwaukee scuffled through the first half of the season after losing Prince Fielder to free agency and his replacement, Mat Gamel, to an early season injury. The Brewers traded their number one starter, Zack Greinke, to the Angels prior to the trade deadline for shortstop Jean Segura and two minor league pitchers. Milwaukee was just 45-54 prior to the Greinke trade but has gone 32-18 since the deal.

While Andrew McCutchen and James McDonald slumped after the All Star Game, Brewers Ryan Braun and Yovanni Gallardo have flourished. Braun is posting another MVP-type season leading the National League in home runs, RBIs, and OPS. Gallardo, who was 8-8 when Greinke was dealt, has won eight consecutive decisions. The Brewers’ ace has registered 25 quality starts in 31 outings and is 16-8 with a 3.59 ERA on the season.

Milwaukee has also benefitted from the emergence of rookies Mark Rogers, Mike Fiers, Norichika Aoki, and Segura. The Brewers installed Segura as their everyday shortstop shortly after his acquisition. The 22-year-old has provided stability at what had been a troubling position for the Brew Crew. Aoki signed a two-year $2.5 deal with Milwaukee as a free agent last winter. The Japanese import has been one of baseball’s best bargains. Aoki has provided a .362 OBP and 27 steals out of the leadoff spot. Fiers and Rogers have combined for 12 wins in 28 starts.

The Brewers have gone from a postseason afterthought to hard-charging contenders, moving within two and a half games of the St. Louis Cardinals for the National League’s second Wild Card. If the Brewers can keep their hot streak going for the next two weeks they may just be the NL’s most dangerous team in October.