Fantasy baseball is a year-round activity. 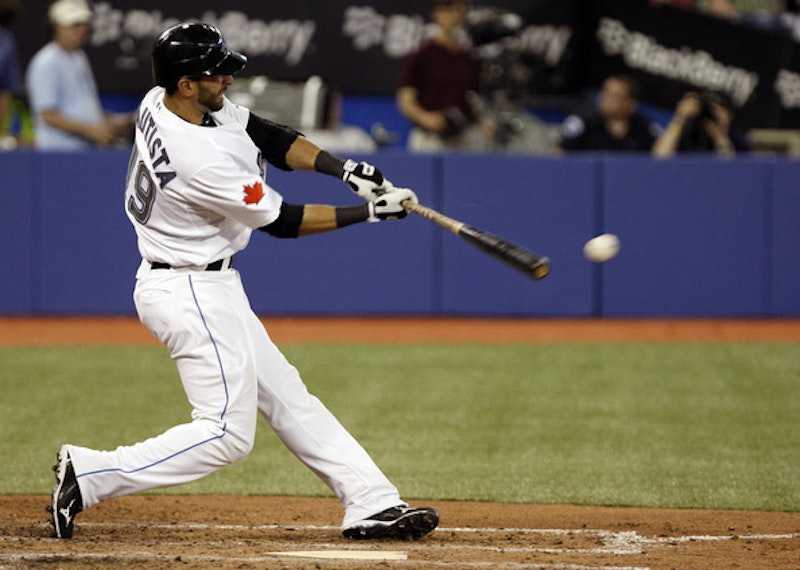 Now that the fantasy baseball season is over, it’s time to start focusing on fantasy football, right? Wrong, because if you are truly committed to your virtual baseball team(s), you know that there is no such thing as an offseason. With the real playoffs set to begin in a couple of days, individual player statistics are just about fully compiled. So what will the rankings look like this year? I’ve seen lists that leave Troy Tulowitzki out of the top 100 (that one really puzzles me, he’ll probably wind up around #20 overall) and ones that put Ian Kinsler in the top 10. Still, even without an official ranking, you must prepare if you really want win that championship in 2013. Fantasy baseball articles always focus on sleepers, who you’ll attempt to score with those late round picks. Want to know what’s more important than late round picks? Early ones. Missing out on your first-round choice can hurt your team’s chances immensely, so don’t screw it up.

The key to success in the first round is certainty. Jose Bautista may present all the most upside, but who knows how he’ll respond to September wrist surgery? Will he be the next Adrian Gonzalez, whose power has steeply declined since going under the knife (I still think Gonzalez’s power will return, for the record)? No surprises here, but Miguel Cabrera is the best option available. Now, assuming you don’t hold the number one overall pick next spring, Ryan Braun, Joey Votto, Mike Trout (he may not have the track record, but the MVP-candidate deserves to be in the “dependable” conversation), and Robinson Cano are safe bets to remain healthy and perform like superstars (Votto’s DL stint isn’t a red flag yet. A subsequent one in the next few years will set one off). Andrew McCutchen and Matt Kemp will likely be drafted back to back, as both represent the same, albeit small, amount of risk. Kemp has proven he can repeat his 2011 performance if healthy, and McCutchen just needs another fantastic season to cement himself in the same class. Later half first round picks might gear towards players like David Wright, Prince Fielder, Carlos Gonzalez, Albert Pujols (oh, how the mighty have fallen), Evan Longoria, and Giancarlo Stanton. And if you didn’t already know, don’t take a pitcher with your first round pick. That’s just silly.

Your second, third, fourth round picks are just as important, though. Think about it, some of the standouts in 2012 were taken in those rounds: Wright, McCutchen, Adrian Beltre, Matt Holliday, and Michael Bourn. Personally, I’m going to draft mainly players that are approaching free agency, who have extra incentive to perform at an All-Star level, namely Jacoby Ellsbury, Curtis Granderson, Nelson Cruz, Tim Lincecum (depending how far he falls in the rankings), Josh Johnson, and Michael Morse. There’s no guarantee these guys will perform (there’s no guarantee any player will perform), but recent history suggests the odds are in my favor. It all has to do with offseason preparations, and you can bet that players looking for $100+ million with something to prove will work their butt off in the winter. Look at Josh Hamilton, Matt Cain, Cole Hamels, Zack Greinke, Jake Peavy (he still has a $22 million club option, which the White Sox aren’t likely to exercise, which in no way speaks to the quality of his season), Michael Bourn, Torii Hunter, Angel Pagan, Nick Swisher, Adam LaRoche, David Ortiz, Cody Ross, Edwin Encarnacion, and Melky Cabrera (he really wanted that money!), who are all players that knew they were approaching free agency this coming offseason (some decided to sign extensions in-season). There are few exceptions, like Mike Napoli and Shane Victorino (who has nearly 40 stolen bases to complement a 3.0 fWAR. His .250 AVG will likely scare teams away, however), but the success stories far outweigh the casualties.

In closing, start thinking about your fantasy baseball team now, because you don’t want to be caught off guard when spring rolls around.