All Hail The Hammer 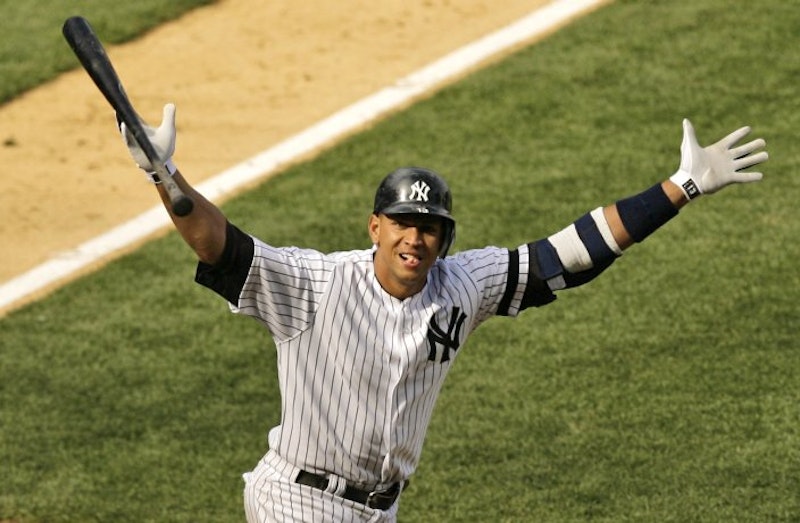 Alex Rodriguez hit his 600th home run last week to surprisingly little fanfare. Regardless of what you think of A-Rod, joining the 600 Homer Club is an extraordinary accomplishment, but beyond the walls of Yankee Stadium the accomplishment was met with a collective ho-hum. The debates about A-Rod's place in history and legacy began as soon as the ball disappeared behind the outfield wall.

The irony is that just a few years ago, many viewed Rodriguez as baseball’s savior, the man who’d absolve the sins of Barry Bonds. The assumption was that Rodriguez was clean and that he'd easily surpass Bonds' 762 homers. Now we know better. Not only was Rodriguez a PED user, but his lingering hip injury and reduced production over the past few years leave a run at 762 in serious doubt. In fact Rodriguez is on pace for just 26 home runs this year, his lowest total since 1997 when he was a 21-year-old shortstop for the Seattle Mariners. Rodriguez will need to average 26 home runs annually for the next seven years to surpass 762. Keep in mind that he'll be 42 at that point.

All of this talk about A-Rod led me to take another look at the career of the real Home Run King, Hank Aaron. Aaron's 755 is still the home run record in my book, and undoubtedly in the court of public opinion. The last seven years of Aaron's career (we're assuming Hank was PED-free) may give us an idea of what a clean A-Rod will be able to accomplish before his career ends. Aaron hit 44 bombs in 1969 (at 35)). Aaron was remarkably productive until his 40th birthday. Between 36 and 39, here are Aaron's HR totals: 38, 47, 34, and 40. At 40 Aaron finally slowed a bit as he hit just 20. Then 12 in 1975 before calling it quits after hitting 10 homers as a 42-year-old Brewer in 1976.

After looking closely at Aaron's numbers the chances of A-Rod passing Bonds seem highly unlikely. His body has already begun to break down and his production at 35 is significantly below Aaron's level of production at 39. The most likely candidate to make a run at Aaron and Bonds on the all time HR list is Albert Pujols. The Cardinals’ slugger has 394 homers through his first 10 seasons and will almost certainly end this season with over 400 homers as a 30-year-old. Thus far Pujols has not been linked to any PED use and looks like the next great hope for a clean home run champ.