The Red Sox Need to Trade Papelbon and Ellsbury This Fall

No one, and rightly so, will pity the wealthy Boston Red Sox. But if owner John Henry wants to drive up his revenue stream, the team needs new blood. 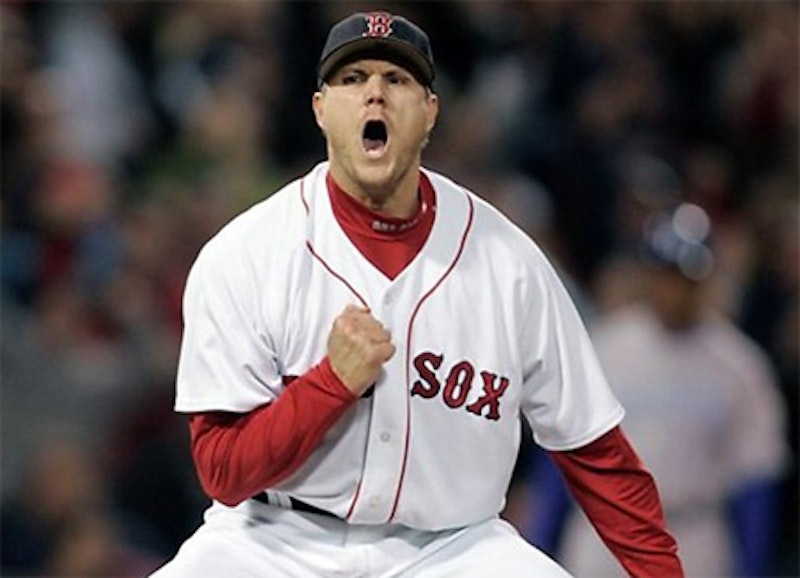 As of the afternoon of Aug. 13, the Boston Red Sox are four games behind the Tampa Bay Rays in the American League Wild Card race and coming off a demoralizing 6-5 loss to the Toronto Blue Jays, courtesy of closer Jonathan Papelbon. Although the Sox have an outside chance of making the playoffs, fans are considering this season a disappointment. Maybe it’s because of the lackluster start or the plague of injuries, but NESN’s ratings are down by a large percentage this season. Even if the Sox do end up making the postseason, a major makeover is required before next opening day if general manager Theo Epstein and principal owner John Henry want to continue the sellout streak at Fenway Park.

First, David Ortiz’s $12.5 million option needs to be declined. Big Papi has reestablished himself as one of the best DH’s in the Majors, but given his horrendous starts to the past two seasons, as well as his age and girth, that doesn’t warrant an eight-figure salary. Currently, in the (ostensibly) post-PED environment, fulltime DH’s are becoming a thing of the past. Travis Hafner and Adam Lind are the only designated hitters signed for 2011, which demonstrates the premium on a player’s flexibility. Epstein isn’t overly sentimental, but he’d take a lot of flak by refusing to make even an offer to Ortiz.

I suggest the front office offers him a one year contract around $5 million, which is similar to what Hideki Matsui received from the Angels for this year. Ideally, Ortiz would turn down the offer and go elsewhere, but no one can predict the free agent market. If Papi does end up leaving the Bosox, one of two things could happen. Epstein could decide to have an open DH, which would mean giving the spot to anyone who needs a day off, or sign a permanent designated hitter, like Adam Dunn or Vladimir Guerrero. Dunn is a model of consistency: every year he’ll club 40 homers, compile a high OBP and have an acceptable batting average. Who knows how he’d handle the tougher American League, but I’d bet that he’d adjust fine. Of course, many teams covet Dunn, including the Yankees, so if Boston does enter into negotiations, expect a bidding war.

The Victor Martinez situation is also kind of a touchy subject right now. The defensively challenged catcher wants to stay in Boston, but not for a discount. It’s doubtful Epstein thinks Martinez is the long-term option behind the dish, since he’s an awful fielder. Still, Martinez is versatile and can play a passable first base, so I’d like to see management sign Martinez as a fulltime first basemen and back-up catcher, and shift Kevin Youkilis across the diamond. At the trading deadline the Sox acquired catcher Jarrod Saltalamacchia, who was at one time a top prospect. Leaving him behind the plate is a possible scenario, but Epstein could also attempt to trade for Chris Ianetta of the Rockies, whose name has appeared in the rumor mill all season long.

Recently, Jacoby Ellsbury has been a whiny little baby undeserving of a bench spot in AA Portland, so suffice it to say, his time in Boston is just about up. Epstein shouldn’t just give the diva away, though. Any number of teams would covet the speedy center fielder, who did steal 70 bases last year. Matt Kemp has fallen out of favor in Los Angeles, and a change of scenery is what both players need. Ellsbury and few pitching prospects, like Felix Doubrant or Michael Bowden, would at least get the Dodgers thinking. Ellsbury could also potentially be involved in an Adrian Gonzalez deal, but that might be unrealistic.

The Rays’ Carl Crawford looks to be the top free agent this winter, and it’s said the Angels are the current front-runner to sign the left fielder. Crawford brings tremendous speed and defense to the table, but also a high price tag. That shouldn’t be a concern; the Red Sox have the second highest payroll in the MLB this year, plus a large amount of money coming off the books in the offseason. With Crawford batting near the top of the order, Dustin Pedroia can be moved to the three or five hole, where his bat would be more productive.

The starting pitching doesn’t have to be tinkered with. Josh Beckett, John Lackey, Jon Lester, and Clay Buchholz are all signed until 2014 and Daisuke Matsuzaka is under control until 2012. That doesn’t mean the rotation will remain static until 2013, since Casey Kelly, the organization’s top prospect, is quickly climbing the ranks in the minor leagues. Most likely, Matsuzaka would be used as trade bait, because no one can block Kelly.

The pitching staff is far from perfect, however, mainly because the bullpen is a nightmare. Papelbon, while still an elite closer, is no longer a sure thing in the ninth inning. Manny Delcarmen has been a yo-yo all season; Ramon Ramirez was so bad he was shipped to the Giants for essentially a box of Dunkin’ Donuts. Daniel Bard is the lone bright spot in this rag-tag group of throwaways, pitching to a 1.89 ERA in 52 appearances. Scott Downs, Joaquin Benoit, Rafael Soriano, and Matt Guerrier are all having good years and become free agents after this season. Signing at least two of them should be a high priority, since Epstein doesn’t like acquiring relievers through trades. Bard has proved that he can take over the closer’s job.

Papelbon needs to be traded. Through arbitration he’ll earn a near $13 million salary, and even though the Sox have the budget space, I doubt they’d want to pay such an exorbitant price while they have a potentially superior replacement. Some analysts suggest that Bard isn’t ready to lead the bullpen, but they seem to forget that Papelbon was handed the job as a relative pup in 2006 after it was clear that ’04 Sox hero Keith Foulke was shattered as a reliever.

It’s unlikely Epstein and manager Terry Francona will experience another extraordinary barrage of injuries to key players next season, but the fact remains that New England fans expect a more robust roster in 2011. Swapping Ellsbury and Papelbon ought to reap a hefty return, and the acquisition of the right free agents, plus the retention of Martinez could mean that Sox fans won’t moan and groan next season (at least not at 2010 levels). This offseason shapes up to be Epstein’s most serious challenge yet.