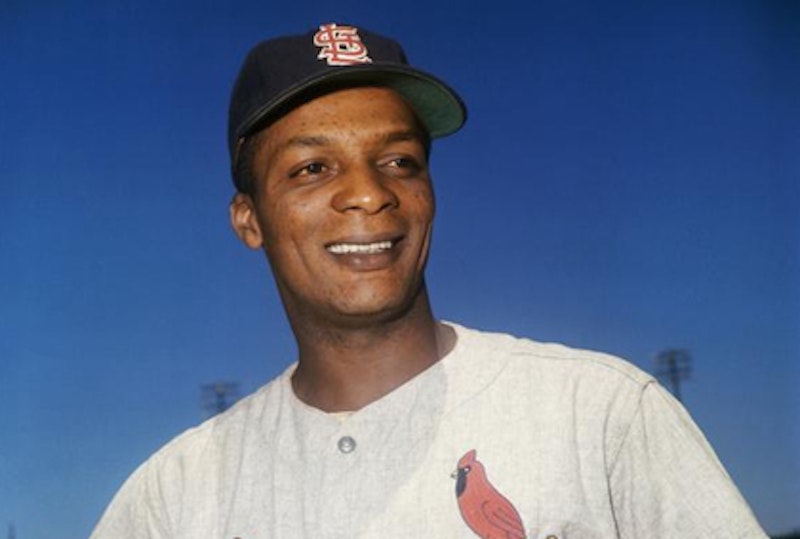 The ongoing, and at times heated, debate among the baseball faithful over what players are worthy of induction into the sport's Hall of Fame isn't really of much interest to this fan, even less so these days when commentators present arcane statistical analysis to defend a position. Sure, I visited the "shrine" in Cooperstown as a kid in the 1960s and had a blast inspecting the premises, touching old jerseys and cleats and dutifully reading all the plaques of the then-smaller amount of big-leaguers honored. My dad, a casual fan, was a good egg for allowing me to spend almost a whole day there, since his boredom must've been acute.

Still, while I annually root for '70s Red Sox slugger Jim Rice to make the grade—he never does—and agree that pitcher Bert Blyleven (now a cranky and colorful broadcaster for the Twins) belongs in the company of about a million Yankees, it's a very low-grade issue for me and don't feel at all slighted about not being part of, as the current cliché goes, "the conversation." Upon reading the ESPN "chats" with the likes of Buster Olney, Rob Neyer and Keith Law, I gloss over the questions about whether, say Chipper Jones (a talented player whom I find rather detestable) or Frank Thomas will be "Hall-caliber." Just last Sunday, writers for The Boston Globe and New York Times (Nick Cafardo and Jack Curry, respectively) discussed White Sox slugger Jim Thome's chances. Cafardo said yes, Curry was on the maybe side, and I couldn't care less. Really, these guys are still playing, and it'll be a number of years before they're even eligible.

Nevertheless, when I checked on a favorite baseball blog, Craig Calcaterra's enormously informative and thought-provoking Shysterball, on April 21, it was distressing that he led with a post headlined, "Curt Flood Does Not Belong in the Hall of Fame." (Calcaterra, an Ohio lawyer, is also a gifted travel writer, entries that can be found here.) Calcaterra was reacting to a New York Times column by William Rhoden, which argued for Flood's inclusion, forcefully contending that snubbing the gifted center fielder, who played for the St. Louis Cardinals 40 years ago, is an "embarrassment for the sport and those who are considered its caretakers." Calcaterra countered that "for as large a figure as [Flood] looms in the annals of labor relations, Curt Flood the player was simply not a Hall of Famer." And, if Flood was just another very good baseball star who compiled an impressive, but not overwhelming, resume of statistics in a relatively short career, there would be no argument here.

But Flood's lawsuit against Major League Baseball's reserve clause, instigated by his objection to a trade from the Cardinals to the Philadelphia Phillies—which he lost in the Supreme Court in '73—led, just a few years later to the free agency which has made multimillionaires of today's elite players. This landmark case forever changed the economics of baseball, and in a positive way, I think, since why shouldn't entertainers such as Johan Santana, Alex Rodriguez, Manny Ramirez and Miguel Cabrera pull down Hollywood-like salaries? Calcaterra believes, as do I, that Marvin Miller—the legendary labor leader who pugnaciously ushered MLB into the modern age —belongs in the Hall of Fame. So why not Flood?

It's not as if Cooperstown has a gallery of just 20 players—there are now 286 individuals so honored—and if you know anything about the game's history there are few men who had the impact of Flood. Consider this: Robin Yount and Wade Boggs, just to pull two Hall of Famers out of the lineup, were superb players who, through extraordinary talent and longevity, compiled the numbers deemed requisite for inclusion alongside true icons such as Babe Ruth, Lou Gehrig and Jackie Robinson. But did Yount and Boggs (or most other members) leave a legacy that rivals that of Curt Flood?

Brad Snyder's excellent book about Flood, A Well-Paid Slave (Viking, 2006), is a stirring portrait of this complicated man, who, inspired by his hero Jackie Robinson, was an outspoken civil rights activist in the 60s—in stark comparison to stars like Frank Robinson and Willie Mays—and the rare athlete who agonized over the inequities in his profession. Free agency is part of baseball's economic fabric today, and, as current commissioner Bud Selig is quick to point out, MLB is enormously profitable. Yet when Flood announced his suit, legendary owner Walter O'Malley (due to be posthumously enshrined at Cooperstown this summer), who had the vision to move his Dodgers from Brooklyn to Los Angeles in 1958, said that giving players more freedom would result in just a few teams—like his—obtaining all the superstars. "Realistically," O'Malley predicted, "there would be such imbalance that the game couldn't exist."

Barry Zito, the flailing San Francisco Giants pitcher who landed a $126 million contract from that team after the '06 season (leaving the penurious Oakland A's), would surely disagree with O'Malley's dire warning. As would the Steinbrenner family, who saw more than four million spectators attend Yankee Stadium last year.

As Snyder recounts, in 1989, Flood said, while addressing the perception that sports superstars were grossly over-compensated, "Sylvester Stallone got [millions of dollars] for Rocky II. He said 30 words you could understand in the whole movie. Nobody seems to mind that. But does Sylvester Stallone do more relevant things than Roger Clemens? Isn't baseball show business?" And current Dodgers manager Joe Torre, a Cardinals teammate of Flood's in the '60s, a few years ago spoke about some of his Yankee players taking the game for granted: "I just want players to understand the reason that they're doing pretty well and have a lot of rights and that's because of what Curt Flood gave up."

Ultimately, Flood's story is larger than just his egregious absence from the Hall of Fame. It's about the history of baseball and the influence this one man, who sacrificed his career and died prematurely at the age of 59, had on the way his successors are treated by their employers. (Not a single active player attended his January '97 funeral, a disgrace in and of itself.) Jackie Robinson is justly honored not only in many ballparks across the country, but also on the anniversary of his ground-breaking first game in the major leagues in 1947, and those are fitting tributes. You'd think that one day a year, players might put a patch on their sleeve commemorating Flood. On Earth Day last week, members of the Red Sox wore such a patch, this one green, "recognizing the team's commitment to recycling and conservation." It could be that any number of the Sox's beloved athletes are environmentally active—although I doubt it—but it's a plain fact that their lifestyles have been drastically enhanced because of Curt Flood. It's time that he receives at least a scintilla of recognition.