Collegiate sports that track to the pros offer a lucrative career for those athletes that make it. But the vast majority of these "amateurs" don't achieve that kind of success, and too many of them don't even get a degree to fall back on. A writer looks at Syracuse University's struggle with declining graduation rates. 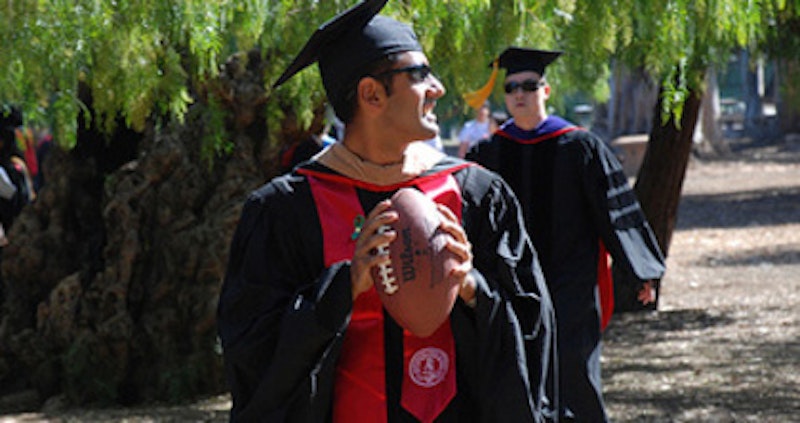 The 59 percent rate at which football players graduated was also the lowest in eight years.

"It has to be reminded to them sometimes that there's life after football, and you need to take care of your business in the classroom," said Kevyn Scott, who redshirted his freshman year. "I would get guest speakers, some who graduated and are in the NFL right now. Or, we have plenty of businessmen who played football here. Just get the message across, that's all."

Plenty of individuals are willing to chime in on what Scott called "some scary numbers."

"Only 1,500 people get to be in the pros, and you may not be one of them," Philips tells athletes. "There are 1.6 million people you're competing against. So let's be realistic."