Even discounting the Dodgers’ lunacy. 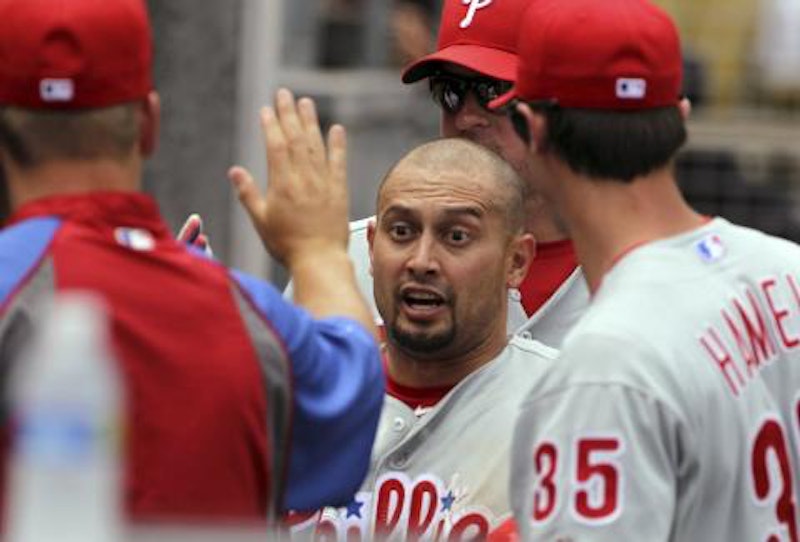 It’s been a weird MLB offseason. A few teams are getting steals on the free agent market, but most are overpaying for ineffective players past their primes. The new Collective Bargaining Agreement (CBA), which severely limits the amount of money one team can commit to prospects, both via the draft and internationally, has inflated the free agent market substantially. Now that clubs can’t spend on young talent, they figure they might as well spend on old talent, i.e. the new CBA is horrible for baseball. Clubs like the Rays, for example, always cited as one of the most cash-pinched teams in baseball, used to spend buttloads of money on amateur players. Compared to big league players, a little cash goes a long way with amateur talent. For $10 million, Tampa Bay used to be able to stack their farm system with several high upside prospects. Now, all that $10 million can buy is a washed up reliever, maybe.

The new CBA has allowed Joe Blanton to get a two-year/$15 million contract. Who would want him for two years? I wouldn’t want him for one. After two seasons in a row of posting a BB/9 above 5.0, a WAR below 2.0, and a HR/9 above .9, the Pirates deemed Francisco Liriano also worthy of a two-year deal worth $12.75 million. In baseball terms, the money may not be much, but what would you rather have: 50+ high upside prospects, or an uncontrollably wild, ineffective, left-handed starter? I’d pay Liriano $12.75 million to not pitch for my team.

And what about Shane Victorino? He was downright bad last year, so why did he get rewarded with $39 million/three years? Edwin Jackson is good, but I wouldn’t want to have him for four years, especially at $13 million per.

And then, even weirder, are the players, the few of them, who are getting shortchanged. Brandon McCarthy, even with his head injury accounted for, should’ve done better than $15.5/ two years. Is McCarthy really only 500K better than Blanton? I guessed that McCarthy would have settled for a high value, one-year “pillow” contract, something in the neighborhood of $13 million.

$56 million is nothing to scoff at, but some pundits were predicting that Nick Swisher was going to take home a $100+ million contract. The Indians signed him! Why would the Red Sox rather have Victorino when the much superior Swisher only costs $1 million more annually, with only one additional year?

And then, of course, there’re the Dodgers. I don’t even know what to say about them.

Have prices really inflated this much or are GM’s getting stupider? Probably a little of both. Some are overspending (Ben Cherington, Ned Colletti, Jerry Dipoto), and some are doing nothing (Brian Cashman, Dan Duquette). The best strategy, however, is moderation, evidenced by Nats GM Mike Rizzo and Indians GM Chris Antonetti (I never thought I’d be praising him). The two baseball engineers have improved their teams via trade (Denard Span for the Nats, Trevor Bauer for the Tribe) and via free agency (Dan Haren and Swisher, respectively.)