Who's Afraid of Gay Sex? 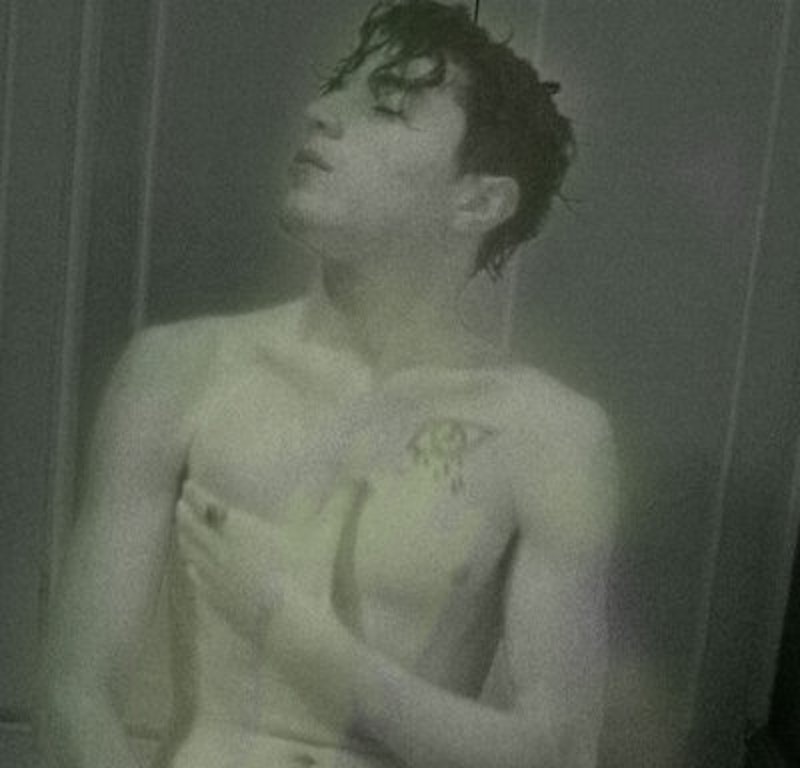 There’s a guy at Central St. Martins art school in London who’s planning to get fucked in the ass for the first time in the name of art. He’s going to lose his bottom virginity in a performance art context in front of an audience of 100 spectators. First of all, yaaaaasssss and second how do I get a ticket?

"I've held on to my virginity for 19 years,” art student Clayton Pettet (pictured, from his blog) said in an interview. “And I'm not throwing it away lightly.” The young artist-provocateur has been conceptualizing this piece for nearly three years, and his magnum opus “Art School Stole My Virginity” will finally take place on January 25, 2014 in a gallery space in Hackney, London.

I have so many questions: Is this going to be a full-on sex show? Will the performance begin in medias ass? Are his parents going to be there? Is he getting his dick sucked? What is he doing to prepare? What kind of underwear will he have on? What kind of lube will he use? How will the ass be prepared? Will the sex be passionate? Mechanical? Is it even still sex in this new context? Has he already explored the ass on his own? Has he topped before? Will his friend spray all over his back? Will there be music? If so, what kind? What sort of surface will he be on? A bed? A floor? What will the set be? Is this porn? How well does he know his friend? What if his dick is too big? Is he nervous about being fucked in front of his professors and classmates? Will his performance be critiqued? Will he be graded on how well he takes a dick? Will this be archived on XTube? How is he defining virginity? What does this performance tell us about queer sex?

I was surprised that a lot of my queer friends on Facebook weren’t too pleased with the nature of the performance. Some called it trite, with one friend saying he wished it was an Onion article and not the truth. Others complained that this dude needed to get over himself, and still others decried the “artistry” of this kind performance work.

Sex in art is hardly a new idea. But what makes this live-bottoming piece interesting is how openly queer it is, unlike the majority of others, how it will force an audience to think critically about queer sex and sexuality, and how it queers endurance art.

Is “Art School Stole My Virginity” a flash of unbridled brilliance? No, but it sure is a damned good idea, one that raises a lot of questions about male virginity and pornography in particular. It’s interesting that if a straight male penetrates a woman, that’s considered losing his virginity. Gay men get it both ways, since we can and frequently do have sex both ways, even as some of us choose to stay tops or bottoms. But the most interesting aspect of the performance, aside from its apparent shock value (and I love shock value) is the provocative question it poses about the nature of performance as a specific kind of virginity.

"The key thing about performance art is that it should only be performed once, and this is the ultimate once-in-a-lifetime performance,” Clayton said. A performance is technically something that can only happen once, right now, and in real time, as the famed scholar Peggy Phelan wrote in her 1993 magnum opus Unmarked: The Politics of Performance.

Similarly, virginity is something we can only lose once. Virginity can’t necessarily be reproduced and it’s not an experience that can happen more than once. What makes this an interesting if not great performance is that my first thought is, “Duh. Why hasn’t someone done this already?” It's the obviousness that makes it compelling, particularly since, as Diana Taylor has written, “performance makes visible what is already there.” In someway, performance is about taking things we see or do all the time and throwing them into a whole new context as a way to think about a thousand issues.

When “Art School Stole My Virginity” takes place in January, let’s hope it opens up the forum for discussing the nature of queer sex, relationships and desire.