My Stint as a Sex Toy Reviewer 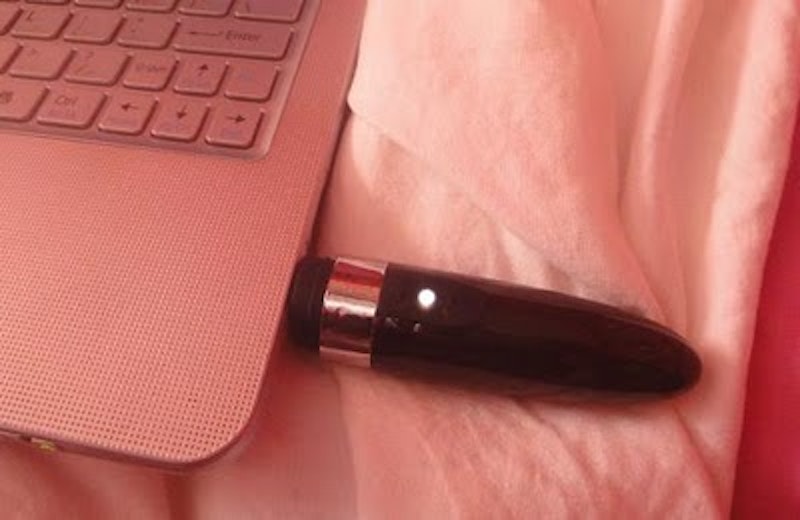 I started writing on the Internet in 2004, which was pretty early in the scheme of things. I’ve written for at least a dozen websites, getting paid for that work in many ways; money, of course, the preferred method. I’ve known many bloggers who’ve written in exchange for product, but as someone who gets paid to write for a living, I have always insisted on cash—it’s the only thing, I’ve noticed, that buys the sugary cereals my kids eat.

About four years ago, I was approached about doing a sex toy review. No cash, but the sex toy of my choice from the company’s website, plus a free sex toy to give away to one of my readers. I’d never actually used a sex toy. Always looking for something new to write about (and try), I made my first and only exception to the “cash for writing only” rule and took them up on their offer.

The duck arrived, I sent my husband to Denny’s with the kids, and I sampled the product. I named the review post “Fuck a Duck” and it was quite popular. The sex toy company asked if I’d like to review another toy. Although it was fun the first time, I wanted money. I proposed that they pay me $50 a week, plus free sex toys weekly for me and giveaways for my readers. They accepted.  I wondered how on earth a mother of four went from being someone who had never used a vibrator to someone who just got a gig reviewing them.

I kept the gig for a few months, and ended up writing over 20 reviews. After awhile, I just ran out of stuff to find humorous, and I would’ve been terrible at doing “straight” reviews of sex toys, though those are often the funniest things of all to read. I published an e-book collection of the sex toy reviews I did on all those Wednesdays: it’s called “The Hump Day Diaries.”

In the past 20 years, I’ve been paid to write many things. I remember bank annual reports as the most hateful. Ad copy isn’t so bad, depending on the client. I’ve written stories about medicine, historic architecture articles for The Baltimore Sun, hundreds of newspaper humor columns back when newspapers still mattered, over a thousand pieces on the Internet, a novel. But the sex toy reviews will probably remain in my memory as the most fun things I’ve ever been paid to write, and I’m not ashamed to say I also have some really good vibrators in well-hidden places now.