Thursday Night at The Sex Club

I put a notice on a well-known indie-cinema site and hoped for the best. 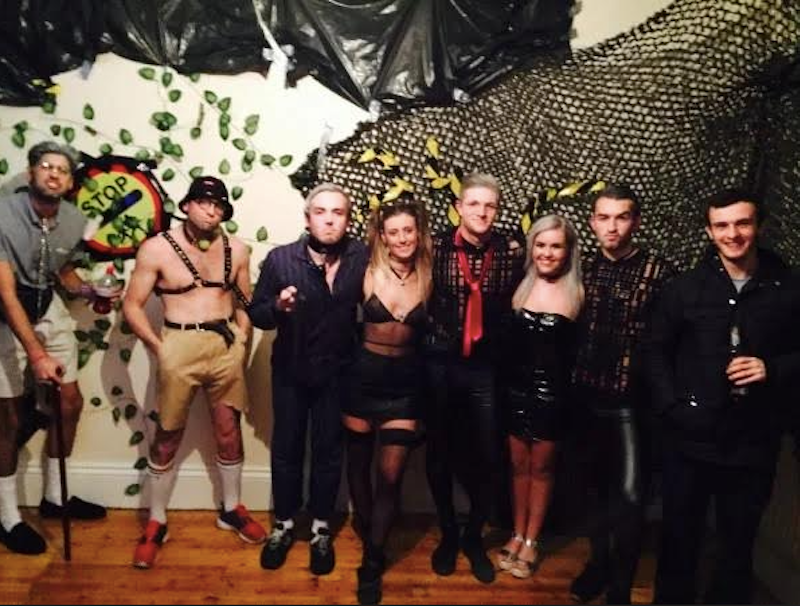 When I was making my low-budget film La Grosse Commission there was a scene in which I needed a number of extras. I could afford only 35 euros each for the afternoon for 10 people. I put a notice on a well-known indie-cinema site and hoped for the best. An actor’s lot is never easy for I received many applications. I’d asked for head shots because for the scene I was shooting I needed a mix of types, races, both male and female. I went over the candidates with the cinematographer; it was fun but I couldn’t hire all of them and don’t like saying no to artists. One grabbed our attention. An attractive woman, around 22, sent a naked photograph of herself. I looked at my cameraman and said if it means that much to her, why not? She got the part.

This woman and I became friends. She’s talented and intelligent, and, at least at that time, was up for anything, meaning she wasn’t shy. As our friendship developed, I discovered that she, as a sideline, was a dominatrix. She knew a series of men who’d pay her for various services. She told me a few stories, nothing too hardcore. One guy would pay to come to her apartment, put on a maid’s costume and clean for an hour while she sat on her sofa eating candy and wearing a negligee. Another guy invited her and a friend to the movies and asked them to wear spiked heels. They sat in the back row and when the movie started, he took off his shirt and laid on the floor while the girls dug their heels into his bare back.

Once she asked if I’d like to go to a S & M soiree where she was a hostess. I asked what it would entail and if I was agreeing to participate in some type of group sexual behavior. She said, no, I could just go, and if I felt like participating it was up to me. I agreed. She gave me the date but said she couldn’t give me the address until an hour before it started and that it could be anywhere in Paris.

At about eight p.m. on that day I received a text with the address. It was just outside of Paris, near one of the city gates. I got to the address and saw nothing. I thought maybe my friend got the address wrong. Then I saw a very large man wearing a tuxedo standing in the shadows of a doorway. I somewhat timidly went up to him and said hello. He only nodded. I then asked him if he knew about a party in the vicinity. He said, “I don’t know, did someone tell you there was a party here, who told you that?” I gave my friend’s name. He said come with me and opened one door and then a second door. Now I heard music. He told me to go down a hallway. I did and there was a table with two people sitting at it. I was admitted.

The place had once been a slaughterhouse and there was a ceiling-mounted conveyance system with meat hooks hanging from it. On one hook was a Japanese woman tied up, hanging upside down. Numerous guys were sucking on women’s toes. A guy in a wheelchair was ushered in, helped out of her chair and laid on the floor. Then a woman in high heels slowly crushed his testicles under her shoe while the guy whimpered in joy.

I’d been there for about 15 minutes when I received a text from my friend saying something had come up and she couldn’t make it. I was on my own. One of the hosts asked if I’d like to come the following Tuesday to a party on a private boat. He said I’d have to wear a rubber costume for this themed event. I thanked him but said I didn’t have a rubber costume and wouldn’t get one for the event. He seemed hurt which I thought was odd. I wasn’t judging him. As the night went on I met a number of interesting people. One was a combat photographer, another a jet pilot. I noticed a tall dark-haired woman staring at me. She came over to me and said, “Do you mind if I ask you a few questions?” I agreed.

“Do you like heavy weights hung from your testicles?”

“Do you like to inflict pain on your partners?”

“Do any of the things you’ve seen here tonight turn you on?”

I said, “Maybe, but not when someone else is doing them.”

“Then why are you here?”

I told her that I’d been invited and then asked why she was there. I learned she was doing research for her PhD in Women’s Studies. Two years later I went to her dissertation defense.