Netflix documentary Orgasm, Inc: The Story of OneTaste asks a lot of questions it can’t answer. 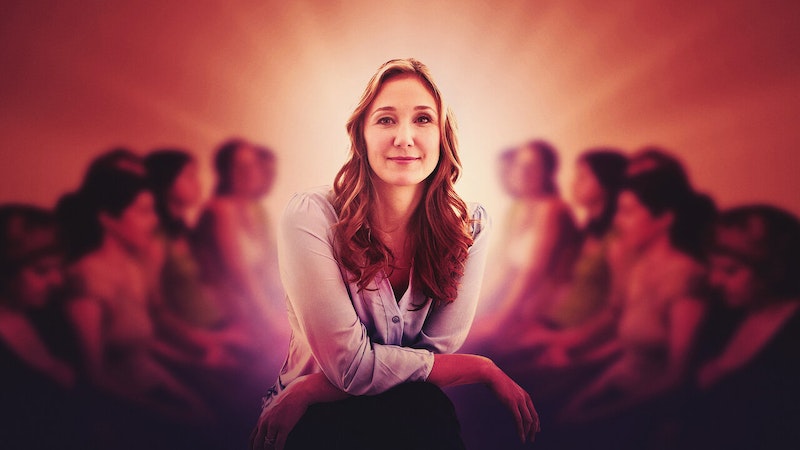 Towards the end of Orgasm, Inc: The Story of OneTaste, a new documentary by Sloane Kevin and Sarah Gibson, someone says something that should’ve been explored further: “This is the counterargument to the fantasy that a matriarchal society would be any better or any different… what you had at OneTaste was essentially a matriarchal hierarchy, and all of the same abuses of power and patterns occurred.”

The documentary, produced by Netflix and one that feels oddly overlong at 88 minutes, is about yet another devious Silicon Valley company that I was blissfully unaware of on the East Coast. Then again, OneTaste had offices in New York, and all over the world—this wasn’t a cult that popped up and flamed out. Founder and villain Nicole Daedone got started in the late-2000s, and by 2011, had produced a TED Talk that was viewed millions of times.

Under the intolerable gumbo of “wellness” jargon, Daedone and OneTaste were teaching people how to finger each other. Of course there’s legitimate therapy—probably—for this stuff, but I suppose not. Like all cults, OneTaste attracted and groomed people who were already abused and lost to work on staff, eventually renting them out to clients when “demos” of the “OM Meditation”—good fingering—needed more female participants when the men who came in off the street far outnumbered the women. Beyond teary-eyed testimonials from victims and former members of the cult, Orgasm, Inc. has plenty of damning footage of Daedone performing humiliation rituals and stuff out of Eyes Wide Shut. In 2017, a year before Bloomberg published an exposé on OneTaste, Daedone moved to Italy, but according to the documentary is back in the United States, despite an active FBI investigation against OneTaste going on.

But Orgasm, Inc. isn’t clear about so much of this—when did they start? When did the courses start expanding? What couldn’t they verify and who couldn’t they interview? A survivor of OneTaste declined to participate, but her sister appears, and backs up her allegations of rape. As the movie wraps up, you expect Daedone to be in hiding, custody, jail, or dead. All of her key people have abandoned her and the organization, which has been renamed “The Institute of OM.” Besides former employees (including “Master Strokers”), much of OneTaste’s top command is interviewed, along with Daedone’s ex-husband. But for all their creepiness and their alleged crimes, the bubble never bursts. Crisis counselors were hired, and Daedone is allegedly seeking a ghostwriter for a book on cancel culture, but for all that’s seen, and all the build-up, it amounts to nothing but more questions.

The filmmakers commit one of the worst documentary sins: traumatized people staring solemnly out a window, lying in bed, looking forlorn. The “OM Demo” videos are frightening enough, and if this organization had offices on almost every continent in the world, why aren’t there more testimonials? A few people are interviewed anonymously, one because they fear reprisal from OneTaste. Despite their public fall from grace, OneTaste still has power and leverage to get things done, so to speak. My sense watching Orgasm, Inc. was that this is a story that’s only halfway done, and considering its numerous celebrity endorsements (including Gwyneth Paltrow), you’d think this documentary—and this scandal—would be more well-known.

But more than four years after that Bloomberg piece caught on, OneTaste hasn’t stuck in the public consciousness the way that other cults like NXVIM and Black Hammer have, but even those are marginal cases. As always, the victims of these things are sad, damaged, lost, lonely people looking for something that’ll make them want to live again, if they ever wanted to in the first place. These scams and their villains are unfortunately abundant, so Orgasm, Inc. won’t make waves.