Those that ignore the obvious evil in others are doomed to adopt it themselves. 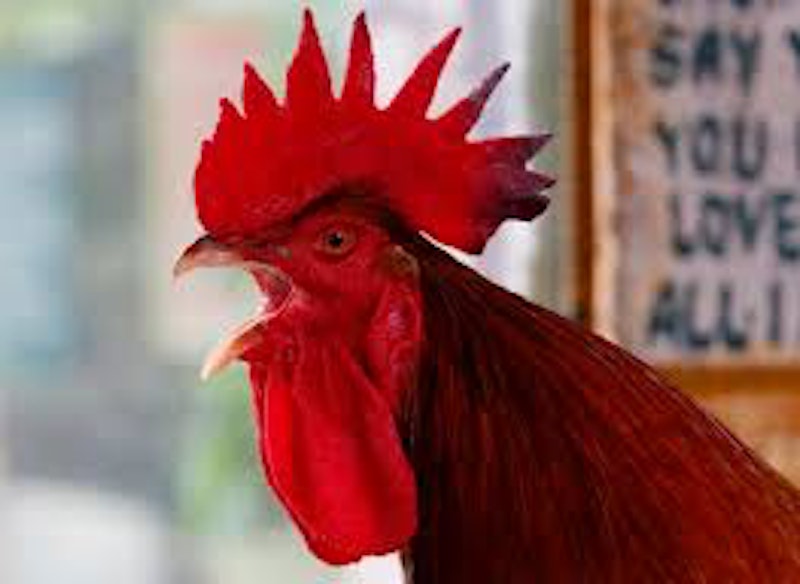 Why is anyone paying attention to the impeachment trial? It’s a foregone conclusion. Donald Trump won’t be impeached. As MSNBC’s Chris Hayes' tweeted last September, “[T]he president can literally do anything he wants as long as he has 34 votes in the Senate voting to protect him.”] Even village idiot and possible misandrist Noah Berlatsky agrees (if only to be contrary, inadvertently agreeing with me, an anarcho-capitalist who believes in the liberation of Palestine and the imprisonment and torture of the stockholders of McDonald’s and Perdue) and dismissed any idea of an actual removal from office: “Roberts is not going to break a fucking tie, people. I get that hope springs eternal, etc, but come on. You're living in the same country I am.” Yes, unfortunately I am. But I don’t begrudge Mr. Berlatsky for his peccadilloes and regular neurotic breakdowns on Twitter—believe you me, I know how hard it is to start squawking once you’ve started, even if you realized you were completely wrong long ago.

The other day I screamed at my husband. I made him cry. I felt horrible about it and still do. It was one of the worst things I’ve ever done and I can’t believe I lost my temper on him like that. Moaning, whining, and wheezing on the floor, Rooster felt betrayed and flailed hysterically at me: “You’ve never acted like that before. I saw something else in your eyes. You weren’t there.” I talked him down (and off the ledge), and we are doing just fine now. But how could I have been so cruel? I’ve no idea why I lost my temper, and for nothing. NOTHING! He forgot to pay the electric bill. It’s not overdue, our electricity hasn’t been shut off, I just asked him to send it in yesterday and he didn’t. I got mad. I started screaming, going out of my body and seeing myself swearing and approaching physical violence. It was horrible. He didn’t do anything. I’ll never treat him like that again.

I know there’s evil in me. I’m a person, just as much as you, Bernie Sanders, Krystal Ball, or Trump. Never mind that I’m a flightless bird with a fat ass. Also disregard the plausibility of an avian constituency having any sway in our great “united” nation (kidding). So I echo my female friend Mimi Kramer, who has spent the last several weeks watching impeachment like a TV show—it is a TV show, after all, for most people. There’s no meaningful difference between watching impeachment and reruns of Law & Order. She said this on Thursday afternoon: “I'm just sick. I don't think I can watch anymore.”

Well, good! It’s not good for your health. He’s not going anywhere! The truth will not come out! He won’t spend a day in jail! Why are you, an adult, deluding yourself? Are you that damaged? Are you that weak and pathetic? I am speaking in the general, of course, but man—human beings are cowards.

And don’t even think of criticizing me for anything I’ve said because that would not only be speciesist but ableist, as I’m a bird who writes via dictation. I have an audience, not “readers”—some people feel my stories, others hear them second hand. That’s okay. We should all be so happy as to have anyone paying attention to us at all. The villainy of the Trump administration and the ghouls defending him, that evil’s inside of all of us, and it’d be dishonest to deny that. Doesn’t mean you are a sociopath, but it’s in you, because we’re of the same breed, we walk the same earth. There’s more projection going on right now in political discourse than at Sundance, but before I embarrass myself any further with more idiotic puns, I say goodbye, fare thee well, until next time, and don’t forget: Trump’s inside of you, and that’ll never change. Come to terms with that, and what it means. Watch yourself. And if you call yourself anything other than a murderer if you continue to eat meat, I don’t want to hear your opinions on anything, because you’re dumb, unhealthy, hateful, and probably very ugly. Have a nice life!