The Cold Side of Breakups

Relationships are so volatile. 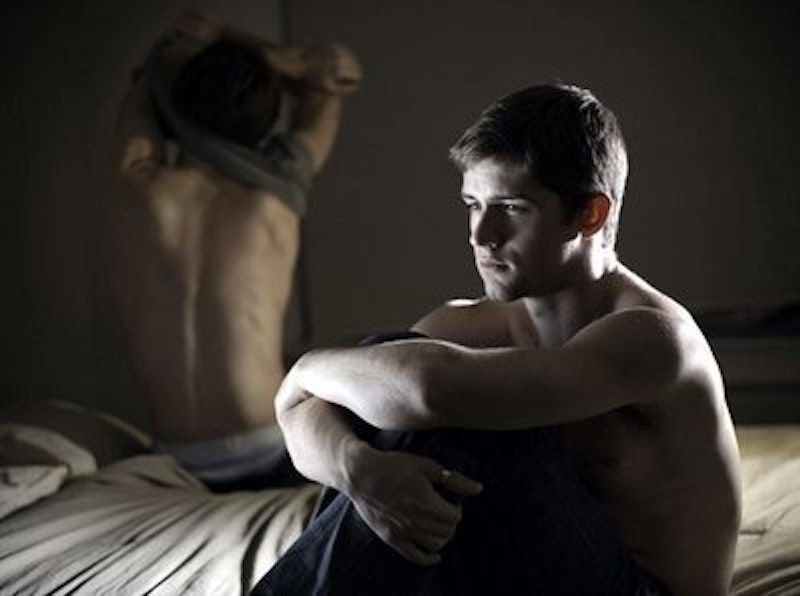 The worst thing about breaking up with someone is when you become good friends with one of their friends. It’s like, “I can’t stand you anymore but your friend Greg, I’ll keep him.” Having a mutual friend as a buffer between you and your ex is great for getting secret updates on how they are without asking directly but bad when you find yourself avoiding cool ass house parties and special birthday events because you’re pretty sure your ex will be there. You’ve got nothing against him, it’s just you’re not particularly eager to see him, either.

For a while I thought my ex and I could try to be friends. I thought we could still message each other and hang out from time to time. But then I realized that staying friends was just trying to find a way to keep things the way they were. It was trying desperately to hold on to a piece of him. Lame. It’s not always the best idea to stay friends with your ex even though it’s the first thing most of us say during a break-up. “Let’s still be friends” or “Let’s still hang out from time to time” or “Let’s get together in the future.” In the moment, in the heat of a break-up, it seems surreal that someone you loved would suddenly not be in your life anymore.

I ran into my ex at a mutual friend’s birthday party a few days ago. Well, I didn’t really run into him because the mutual friend told me he was coming after I was already a couple drinks in. I got nervous because I hadn’t seen him in ages but felt like I finally reached a point where I could see him again. As soon as he walked into the bar my stomach dropped. Maybe out of fear, nervousness or excitement. He came to say hello—“I didn’t want to ignore you,” he said—and we hugged and then he gave me the superficial one-minute update on his life. I did the same. We parted ways.

That wasn’t so bad, I thought. It was good to see him. When you run into an ex, especially when you’re the one who got dumped, it’s important to seem calm, cool and collected—to have the upper hand. Of course you didn’t break my heart! I am doing FABULOUSLY.

I fell apart though, turned into stone, when I saw him later in the evening with his new boyfriend. We were a gaggle of gays on our way to another venue having a grand time when the new boyfriend showed up. They couldn't keep their hands off each other and I couldn’t handle it. I felt sick, and abruptly told Greg, our mutual friend, that I was hungry, anything so I could get out of there.

The thing is, I have no feelings for my ex whatsoever. None. We’ve been broken up for months and I wouldn’t get together with him again even if he came back begging. But there was still the reality of seeing him as an emotional being with somebody else, and it was a reminder that things didn’t work out between us, a flashback to the way he broke my heart.

Relationships are so volatile. One day you’re chilling in bed, watching Netflix, sending sweet messages, caressing each other’s hair. But as soon as it’s over, especially if you don’t end on good terms, the only side you see of the other is the cold one. Maybe you’re both cold to each other. That’s the thing, though: you once shared everything and now you’re total strangers.