Not even a GLAAD tip sheet can help most news outlets. 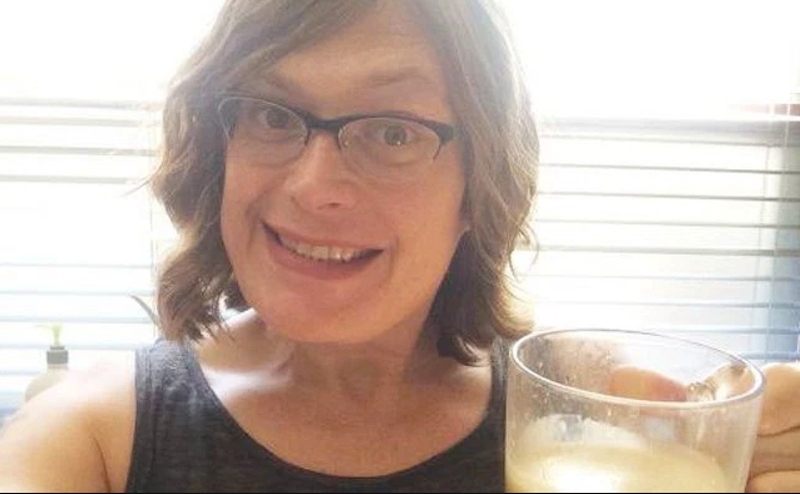 Just a few hours after Lilly Wachowski came out as a transgender woman in a statement to the Windy City Times, GLAAD released a statement strongly supporting the Bound and Matrix Trilogy co-director. Attached to their statement was a tip sheet for media outlets intending to report on the story, a crash course in how to talk about trans folks: Don’t refer to Lilly by her former (dead) name. Call her “transgender,” not “transgendered.” Refer to her gender identity, not her sexual orientation (which are two different things), and avoid talking about surgery, as it objectifies trans bodies. And for Christ’s sake, don’t use male pronouns.

Unfortunately, I’m not convinced that people who needed to read that sheet did so. For the past two days, the news has been awash with stories that deadname, misgender, and outright abuse Lilly Wachowski. Outlets as large as Variety and NBC News have referred to her as Andy in a transparent grab for search engine traffic, and though most sources at least managed to avoid male pronouns, many didn’t—and that’s the least of the media’s transgressions.

Take a look at The Blaze, whose headline didn’t even make an attempt to follow GLAAD’s advice: “‘The Matrix’ Director Andy Wachowski Comes Out as Transgender, Just a Few Years After Famous Sibling Did the Same.” The Deccan Chronicle nailed a twofer with their subtitle of  “Wachowksi confirmed that she had ‘transitioned’ but didn't specifically mention gender reassignment surgery” and lede: “'Matrix' co-director Andy Wachowski came out as transgender…”

The Daily Caller trumped everyone. The site’s initial report on March 8th was only 200 words long, yet managed to deadname Lilly twice and misgender Lana once in that space—even though the majority of the report simply quoted from Lilly’s statement. It’s like Kaitlan Collins was looking for excuses to misgender both of them. But naturally, nobody owns transmisogyny like a social conservative, as columnist Jim Treacher proved the next day: “If they want to buy wigs and legally change their names and take hormones and the rest of it, they’re free to do so. But they’re still dudes, dude,” he sneered, “and I won’t be forced to say something that I know isn’t true. The Wachowski Brothers are not and never will be women.” It wasn’t all bad, he admitted—“at least we don’t have to call them ‘the WachowskiSiblings’ anymore.” I dunno, bro, you could always call them “Wachowski Starship” like they’ve been doing since Lana came out. That’s 100 percent more rad anyway. (Admittedly, Treacher is the kind of ogre who uses “SJW” as a pejorative, so his opinions have dubious merit at best. But his platform at DC means those odious statements can reach—and influence—a depressingly large section of hate-prone Internet dwellers, starting with his 34.5 thousand Twitter followers.)

But it’s important to note that while the Daily Caller was one of the worst offenders, transmisogyny is not merely the purview of alt-right bloggers. Assuming so is to drastically misunderstand the casual verbal assaults perpetrated by mass media on virtually every trans-related news story. Again, this is a topic about which GLAAD provided an excruciating amount of linguistic assistance, yet mainstream reporters are bafflingly unable to follow even their simplest guidelines. For instance, from WAAY (an ABC affiliate) writer Meredith Wood: “The directing duo of Larry and Andy Wachowski are known for The Matrixtriology [sic], Cloud AtlasandV for Vendetta, but they are making headlines because both has [sic] transitioned into women.” I’m not sure whether I’m more offended by the transmisogyny or the assault on grammar! Oh wait, no, it’s definitely the transmisogyny.

One of my “favorite” pieces was posted on Movie News Guide, whose writer “Tanya D.” wrote that “Andy Wachowski has decided to also come out in the open about his sexuality years after his brother Larry, now called Lana, had announced that he is transgender… Andy Wachowski, now called Lilly, admitted that yes she is a transgender and that she has ‘transitioned.’” There’s a lot to unpack here; do I talk about the relentless deadnaming? Her use of “admitted,” as though being trans is shameful? I think I’m most galled by Tanya’s quotes around “transitioned.” Is she really casting doubt on the most fundamental terminology in being trans? (It’s important to note that Tanya, like most MNG writers, is not a native English speaker. But since MNG is already in hot water for calling the casting of black actor Ricky Whittle in American Gods “whitewashing,” proving that they have no ability to do even the simplest research, that’s barely an excuse—especially when, again, they have a GLAAD handout to work with. The difference between this article and the Whittle fuckup is that few people will notice MNG’s rampant transmisogyny, least of all their 111,000 Facebook fans.)

Even supposedly LGBTQIA-slanted outlets fucked up in some ways. Though Watermark Online’s article is basically fine, the headline sent to Google News is copied directly from Lilly’s statement—specifically, the tabloid sensationalism she was hoping to avoid: “Wachowski brothers are now Wachowski sisters.” (Meredith Wood’s WAAY article did the same thing.) Also in the “almost nailed it” category: The Brisbane Times, who copied the Reuters wire report but managed to deadname Lilly in their only significant contribution: a photo caption, printed twice, reading “Andy Wachowski, right, Tom Tykwer and Lana Wachowski, the directors of the film Cloud Atlas.”

In May 2014, nearly two years ago, Time published its boldly-titled cover story “The Transgender Tipping Point.” It’s painfully obvious today the magazine’s claims were premature. Laverne Cox and Caitlyn Jenner may have forced people around the world to confront trans existence, but when major media outlets remain bewilderingly unable (or actively unwilling) to report on trans stories in a responsible manner, can we really claim even to be close to a “tipping point” of gender—in America or abroad? Until the mass media shows a trend towards basic respect for trans identities, we will have to keep fighting. Make no mistake: misgendering and deadnaming are forms of violence, and fuel deadly transphobia around the world. It’s up to the Fourth Estate to decide whether it’s willing to take responsibility for that.