The Masculinity Curse of the Gay Man 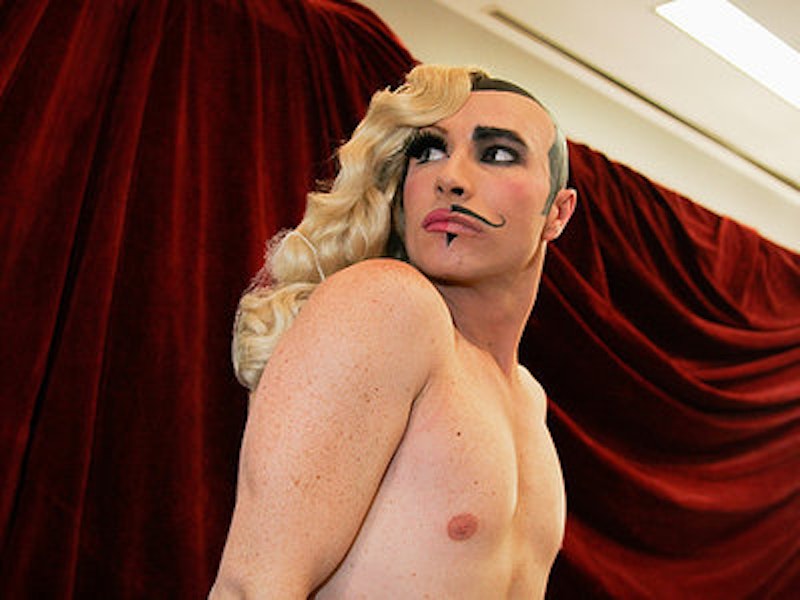 The reason I don’t fit in with typical “gay culture” is that although I once participated in social platforms such as Grindr, gay “hunting” in dark spaces (while living abroad), and sending/receiving dick pics, I never felt comfortable with such shallow sexual behavior. If I wanted in, I needed to play the game. I was the gay guy that used Grindr and Tinder to make friends, but friends don’t send friends dick pics.

During that time of my life, I used to wonder why it felt like so much of the gay scene is borderline racist. Grindr profiles reading “no blacks,” and reply comments such as “You’re really sweet but I don’t date black guys” made me ask whether this was about racism or preference. Although I’m dating in a male-dominated scene, I somehow wished for women to politically and respectfully set these men straight.

During my adolescence I was periodically mocked for acting “too gay” or “feminine,” a term today known as “queen.” Since I’m from Connecticut, where most of my peers were rich white kids, the bullying was never life-threatening.

What impacted me more was being disinvited to sleepovers and avoided in the locker room, even though it was okay to slap asses and pull down pants; you just had to be masculine to do it. I remember avoiding speaking for too long to masculine male groups (athletes) to avoid how they’d all look at each other. All of this caused two things in me: to question my male identity (until I moved to Asia), and an envious attraction/infatuation to the masculine gay male. I thought they were the lucky ones. These boys didn’t get called faggots, in fact some of them were friends with the bro-athletes themselves and permitted to ass-slap in the locker rooms! I thought: why!

In high school and college, these manly gay boys had power and (white) privilege over us “queens.”

Today, in school social groups the story is quite different. I think masculine gay guys have an entirely different struggle than me. I’ve grown to appreciate my feminine qualities that tell people from the moment they meet me that I am gay. For example, when I start a new job, class, or social setting, there’s never that awkwardness of wondering, “Do they know I’m gay?” I can make the generalization that everyone assumes I am gay, because 99.1 percent of the time they do, and it’s obvious whether anyone will have an issue with acceptance. I can’t imagine the stress, anxiety, and tension built from telling that loved one, who actually does not know.

Now that I’m older, the tables have turned a bit. When I used to walk into a room, I tried to talk more softly, mindful of my hand movements, and try to act “straighter.” Girl, it is pointless pain! It never worked. What I say to those masculine boys who judge others because they don’t fit some outdated gender binary: out with the old and in with the inclusive!

Anyone LGBTQ knows it’s hard work to get here. Confidence. I don’t care if people know I’m gay. I’m thankful for that because I made it from a place that’s very dark. From the moment we realize we’re gay, society told us we’re different.

Looking back, I understand my naiveté in thinking that masculine gay men had it easier. Now, I know that’s not true because I couldn’t imagine girls still hitting on me, or having to face a dynamic between co-workers, boys I like, or family members who really just don’t know who I am. I’m gay just like I am black and a male. It’s something you should see, hear, and know about me, but then move on; because there’s so much more to every person than just their binary framework.

—Read more about Chaz at I AM MY LIFE