A Eulogy For Playgirl

Playgirl magazine presented women with hunks in various states of undress for over 30 years, but like so many magazines they couldn't keep up with the changing modern media. One of their editors looks back on a history of empowering feminists, dodging gay labels, and convincing Keith Urban to drop trou. 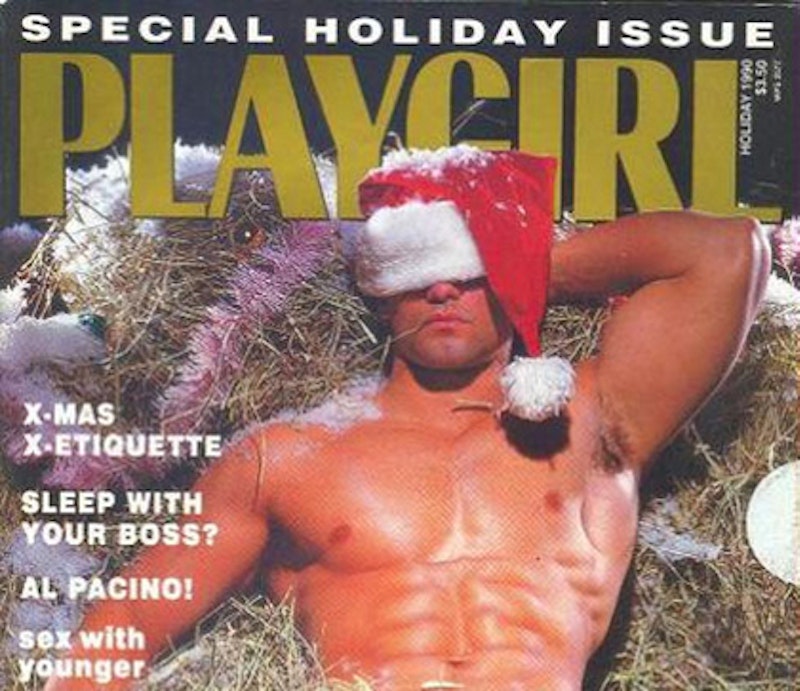 By the time I joined the operation in 2005, Playgirl issues ran about 96 pages with hardly any ads. Those it did have were mainly house ads for other Playgirl enterprises, like Playgirl TV, or a few for DVDs and phone sex services that looked suspiciously gay, probably because of the pictured gay men fellating each other. (I'm exaggerating, but only a little.) The staff was made up of just four people (two art, two editorial) and the office was shared with the staffs of numerous hardcore pornographic titles put out by Playgirl's publisher, Blue Horizon Media: Cheri, High Society, Celebrity Skin, and what are known as the "young girl mags": Live Young Girls, Purely 18, and Finally Legal (mind you, not to be confused with Larry Flynt's Barely Legal—totally different).

Of course, photography of a nude male does not automatically equal gay. That's absurd. However, there's a multitude of ways that it can look gay, especially if some of the photographers are gay and some of the models are gay. Add to this the unfortunate '90s trends of Day-Glo spandex, long hair, manscaping, and inverted-triangle-shaped musclebound bodies, and you have a very different look than the classic 1970s regular guy with chest hair in the woods, who is wearing an open flannel shirt but forgot to bring his pants.

That said, I disagree that only gay men would ever want to look at pictures of naked men. This was a half-baked conjecture I heard over and over when I met new people and the subject of my job came up. To me it came off as a careless denial of women's sexuality; it was equivalent to saying that women don't fantasize.