I Learned About Sex From Salt-N-Pepa

Because the nuns didn’t teach it to us. 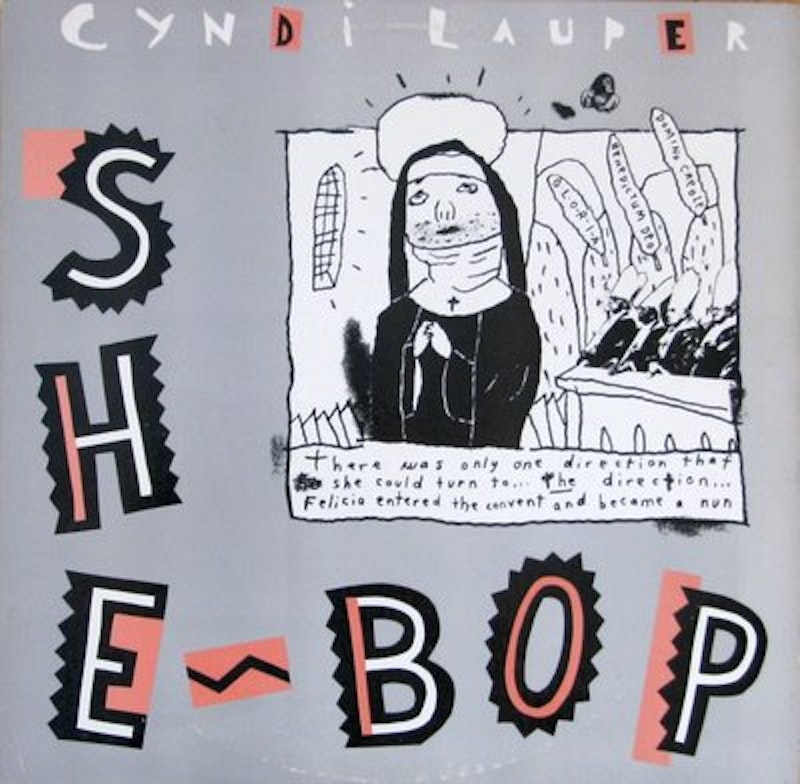 If you were raised by Catholic parents in the 1970s and 80s, what you were taught about sex is that you don't need to know about sex until you're married. The nuns separated boys from girls in fifth grade and told the girls about periods and the boys about... God, who knows what nuns taught them about sex, but it probably still scares those guys to this day. Since I was quite interested in sex, I was forced to be creative in learning about it elsewhere.

I had a friend, Betsy, who always knew everything about everything. While my classmates and I were busy writing Judy Blume book reports in seventh and eighth grade at our Catholic school, she turned in reports on abortion and the Holocaust, the existence of both I learned about in her papers. She had all the makeup none of us were allowed to have, and she also had cribbed the library book Everything You Ever Wanted to Know About Sex But Were Afraid to Ask. She loaned me the copy, and I kept it under my mattress with the Stephen King book I wasn't allowed to be reading, either.

But Catholic parents didn't seem to get the message that they should take a look at what kinds of music we listened to. 80s hair bands Def Leppard, Bon Jovi, Whitesnake and others gave us glimpses into what sex was really all about (big hair and cars) beyond the fallopian tubes and flaccid penis illustrations from the Forbidden Book Under the Mattress. But if a woman was singing, we learned even more.

There were a few particularly influential songs, as I recall.

“Do You Wanna Touch Me” by Joan Jett and the Blackhearts

Although “I Love Rock n Roll” was Joan Jett’s most famous 80s song, the equally powerful jam “Do You Wanna Touch Me” examined women’s sexuality in a far more direct way. “Right or wrong/Don't it turn you on/Can't you see we're wastin' time, yeah/Do you wanna touch (Yeah)/Do you wanna touch (Yeah)/Do you wanna touch me there, where” is pretty straightforward. Pretty much if Jett had yelled put your damn hands on my lady bits now it wouldn’t have been clearer. When the song came out in ‘82, I can report that seventh grade girls at Mother of Divine Providence Catholic School wanted to know where “there” was.

“She Bop” by Cyndi Lauper

1985 saw the founding of the first all-female hip-hop band, Salt-N-Pepa, and in 1986 the revolutionary hit “Push It” hit the charts, with its pounding repeated suggestion that in addition to pushing it hard, guys “get up on this” and the proverbial question “Can't you hear the music's pumpin' hard like I wish you would?”

This was not a shy lyric. These were not words our mothers or nuns would have wanted us hearing, thus our desire to hear more of it. Salt-N-Pepa went on to release a song called “Let’s Talk About Sex,” and another called “Whatta Man” where the man is expected to “touch me in the right spot” adding: “Baby, rub it down and make it smooth like lotion/Yeah, the ritual, highway to heaven/From seven to seven he’s got me open like 7-Eleven.” In “Shoop,” the hip-hop women ask, “Can I get some fries with that shake shake bootie?... What’s up with that thang? I wanna know how does it hang.”

So we Catholic girls had to be creative about where we learned about sex, and it usually turned out to be on the radio, or sneaking over to Betsy’s house to watch MTV because I didn’t have cable. After all, once we’re all singing about being open like the 7-Eleven, there’s no need to hide sex books under the mattress anymore, is there?