The Laziness of "Dad Bod" 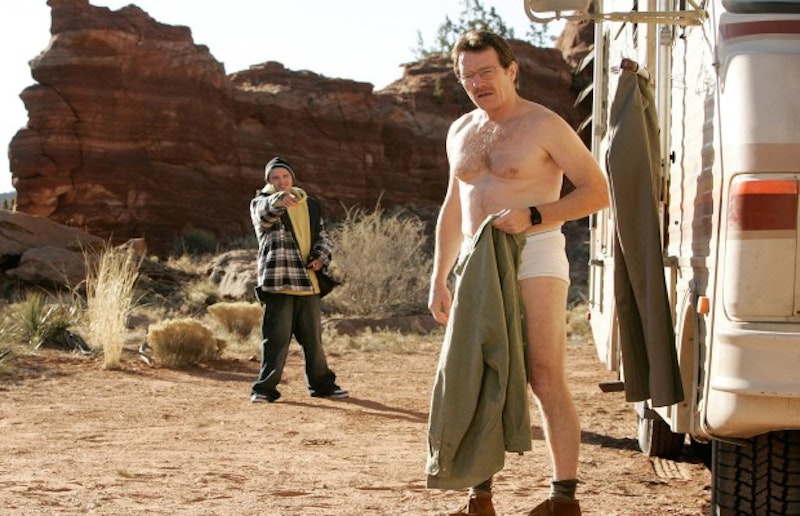 The sudden craze over "dad bod" or "dad body" is most notable for how typical it is. It's like the "normcore" of viral Internet topics. It started when some 19-year-old's glorified blogpost (specifically Mackenzie Pearson for The Odyssey) received a meteoric surge in shares; isn't that always what happens? And yet again, an alleged shift in sexual attractiveness directly benefits those on the receiving end of a number of social perks: men of average build with the sort of physique that implies a capacity for an ordinary amount of physical exertion while allowing for the occasional culinary indulgence.

This doesn't often happen to women. For all the decade-long fuss over "real women" having "curves," the end result for most trends affecting female body image is an emphasis on specific and often unattainable figures. "Dad bod" has been defined any number of ways over the past week, but the common denominator is how vague those definitions are. Good luck getting "Hey, you know, whatever" to become the prevailing ideal for women to attain. But that's exactly what "dad bod" is, some combination of light musculature and protective body fat covering a range of common body types. By contrast, women are told to get rid of "hip dips," also known as "physical evidence of having a skeleton."

Owners of the soon-to-be-forgotten "dad bod" aren't being told anything new. Their physical appearance has long been associated with a decidedly middle-to-upper class, white collar, and comparatively leisurely lifestyle. It's never been "under attack" in any way, just viewed as unexceptional. If anything, a physique that implies only a passing concern with health and physical fitness reinforces one's adherence to traditional masculine roles. Men are supposed to care just a little bit what they look like (and only when pursuing sexual conquests, the "dad" part implying that even this is no longer necessary).

Last year's obsession with "lumbersexuals" was equally ridiculous, but at least that trend showed an increased willingness for heterosexual men to theatricalize gender performance. "Dad bod" exists primarily for men who "already have it" to briefly feel objectified in a wholly positive light. This too might at least represent a harmless shift in circumstances if it weren't for how heavily gendered the dialogue has been. "Mom body" has yet to be the topic of any precocious undergrad's health and lifestyle column, but "mom jeans" is a phrase with decades of snide commentary behind it. When women's bodies change into something more mature, with all of the resulting differences in how fat is stored, they're either mocked or turned into a fetish ripe for being exploited.

The reason why "milf" and "cougar" are more demeaning terms than "dilf" or "dad bod" comes down to social currency and power. Ultimately, few are honestly concerned with what others might find physically attractive outside of an advertising or branding context. What does matter is how gender and sexuality plays into which body types are valued and the ways in which they're valued. When privileged and physically average men once again come out ahead in a social hierarchies, suddenly it doesn't matter that the conversation is being framed as "what women think." The parameters of that conversation as well as the outcome has already been defined by those most often tasked with the defining.