Every American Must Be Required To Attend 10 Drag Shows

The broads always say the wrong thing at the right time. 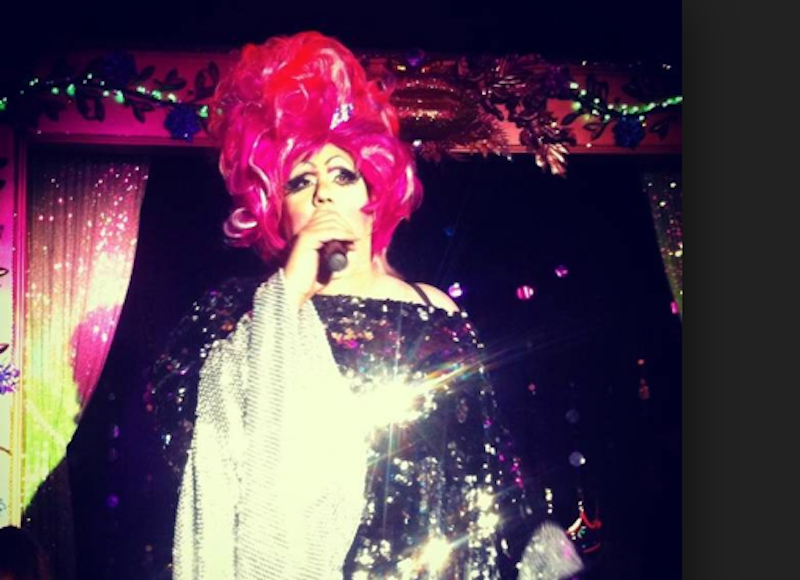 My Thursday night was overflowing with drag. Not because I personally was in drag—although I got roped into doing it next year and you know I’m going to be doing Beyoncé—but because the campus I'm at had its Annual Drag Show to benefit both homeless youth and a local gay health center. There were local drag queens and grown-ass people from the faculty and staff of the university who each took their turn in drag. A philosophy professor as a drag queen! The director of the campus gay center in drag! Was it a hot mess? I mean duh. But it’s drag so it’s supposed to be ridiculous. Plus, the event raised more than $200 coins, and that alone is awesome.

There should be a law that requires every American citizen to go to 10 drag shows in their lifetime in order to keep their place in society. People would be a whole lot more chill. If you have never seen a drag show, you don’t know what you’re missing. These broads always put a smile on your face, say the wrong thing at the right time, and I bet if some of those ultra conservative people like the people from the Westboro Baptist Church or, say, everyone at Fox News, got a lap dance by a drag queen with huge plastic tit plates and hair teased to the gods, they would learn to lighten up a little and we would live in an idealized universe.

My campus is kind of a conservative place—it’s getting better, I’m told. But it’s still in the throes of shaking that conservative edge. You know, prim and proper with lots and lots of Jesus-y people. That’s why I was so surprised when I rolled into the drag show and it was packed! I mean, not like New York City packed, but packed enough for a small liberal arts college that has a conservative reputation. And people really seemed to enjoy themselves!

Here’s the thing you should know about seeing a drag show. You’re going to get scandalized. That’s why the best part about the drag show last night were all the straight guys in the audience (there were many!) who held on to their girlfriends for dear life every time a queen said something racy and every time she threw her crotch in people’s faces. Sure they’re watching a drag show and they’re having fun but they’re still on edge because they don’t want to get hit on by any dudes and they want you to know they are h-e-t-e-r-o-s-e-x-u-a-l.

One queen did a number that was so scandalous and raunchy and put all the dudes in the room on blast. It was part song, part monologue about getting tired of having sex with guys who have little dicks. Yes, honey! The queen went on and on, narrating one of her sexual encounters with a guy with a little peen—complete with mimed visuals. The audience got so hot, and the ladies (mostly students) in the house agreed and shouted in unison. It was so vulgar and delicious. Then, of course, the story changed, and she started talking about the time she met this guy with a huge piece and what a challenge that was. “I put one of my legs on the ceiling and I draped the other across the closet door, and that motherfucker had to stand 15 feet back just to get it in!” The room was in hysterics, and everybody loved it because it was so brazen, so out there and so true!

So be forewarned. Drag isn’t just about caking your face in make-up and throwing on a tall wig and mouthing the lyrics to the songs. In between songs you have to appeal to the audience. You have to camp it up, you have to be funny and give something those bitches will remember. That’s the point of drag.

Drag queens show that life is supposed to be fun, spontaneous, and that it’s okay for us to be uncomfortable and laugh at ourselves every once in a while. Lighten up, queen!