The Six Most Annoying Things People Do In Hook-Ups 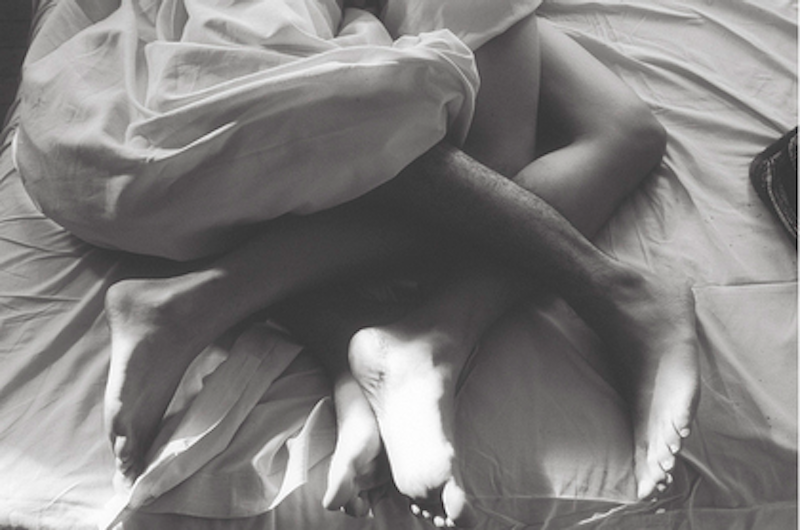 Having sex with somebody new for the first time is always awkward, no matter how good you tell people you are in the sack. Everybody has a different sexual rhythm. Not just the speed at which they prefer “things” to happen, but how two bodies (or more I guess!) end up fitting together. You can’t look at somebody and immediately know how they do it, and until some horny but brilliant person comes up with an app that matches you with somebody who fits your mojo, you’re never going to know what somebody’s like in bed until you’re deep in the throes of passion.

When you’ve had a boyfriend or girlfriend or even just a long-term sex friend for a while you get used to what the other person likes. You know exactly what makes them go wild, you know how to press their buttons. Pull the left ball but leave the right one alone. Twist their nips counter clockwise. Tickle their feet when they come—stuff like that. That’s why hook-ups are always awkward, and if you’re one of those people who has sex with someone for the first time and it’s bananas, consider yourself lucky.

Here are the six most annoying things that facilitate awkward hook ups. Yeah, try to avoid this stuff people.

Face Eating: It really is in his/her kiss, and kissing is a magical thing if it’s done right. A kiss can prop an otherwise lame hook-up into the stratosphere. Likewise, an awful kiss can turn you all the way off and looking for the nearest emergency exit. The worst hook-up kissers are The Face Eaters. The Face Eater doesn’t so much kiss you as… try to eat your teeth. Dude, what are you doing? Face Eaters must not date all that much because over the course of a relationship they would learn the right way to do it. That or nobody is telling them that they’re doing it all wrong, which means that they get to roam free, bouncing from person to person, eating face. A face is the one thing you should not be eating during a hook up!

Ding Dong, The Roommate’s In: Everybody likes to listen to/watch people have sex because sex is hilarious. Or wait, is that just me? People have roommates well into adulthood, sometimes even all the way into their 30s. I get it—you’re trying to save those coins. But can you at least have someone come over to hook up with you when the roommate is asleep or at work or can you maybe just kick your roomie out? It’s not the most elegant thing on the earth to have your roommate sitting up in the living room bro-ing out and you breeze through with some new piece. And if you are that new piece you already know you are going to get talked about as soon as you leave.

Video Taping The Act: Some people are into being videotaped during sex, and that’s amazing, but can I get a consent form before you start recording me working my wizardry on you? Common courtesy, slut bags. I know, I know—you’re one of those gross people who has a collection of pictures of all the many and various people you’ve put it in. I don’t know, maybe it makes you feel better about how much you hate your job or whatever. But, unless I ask to get taped, cut that shit off!

Losing Interest Once They Orgasm: It’s a great thing to try to orgasm at the same time as the person you’re sexing it up with, because otherwise whoever comes first is totally going to check out of the whole experience as soon as they do. But that’s not fair! Sex should be a mutual thing where you are both helping each other achieve your mutual 30-minute goal.

Texting Someone Immediately Before Or After The Sex: Can you not?

Treat You Like A Means To An End: Listen, I know this is a temporary thing and we’re maybe never going to see each other after this is done, but can you please be nice and friendly and not some jerk just looking to get off ASAP? Sloooow down. Talk to me. Let’s engage each other at least a little bit before everybody digs in. Jesus.