Mom of stripper, here's what you're really upset about. 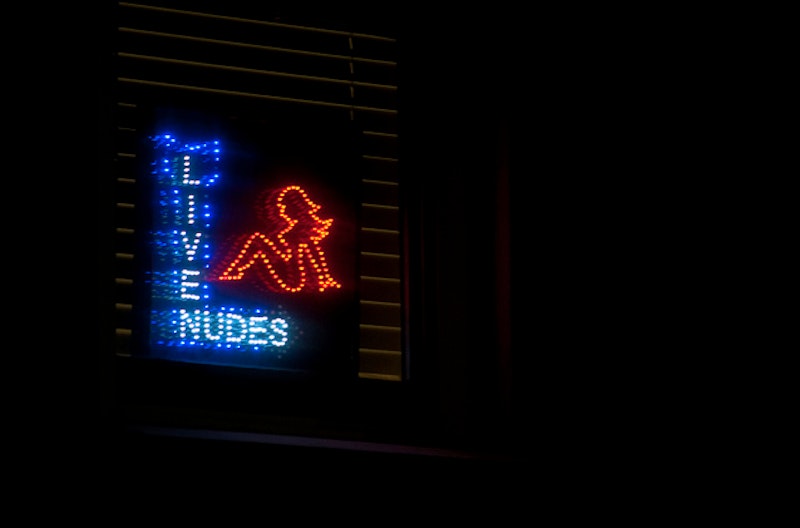 A woman writes in about her daughter being a stripper. Dear Prudence sends back an answer about dealing with a rape victim who needs career counseling. Slate likes to put a spin on ideas, but this is a bit much. Can an advice columnist tell the difference between a stripper and a rape victim?

From the woman's letter: “I feel as if I've been slapped in the face for all the years she lied to her father and me… this revelation has turned my world upside down.” Now the opening sentence of the Prudence response: “I understand that hearing that your daughter makes her living by taking off her clothes for leering men is a shock, but think of what it took for your daughter to finally reveal the truth.” Leering men. The lady didn't say anything about leering men.

In fact she had nothing to say about stripping, just in itself, until the very last words of her letter: “I don't want my family torn apart by this and I do not support her career choice.” There's a lot to object to about stripping, especially if your daughter is doing it. But the woman spent her letter talking about the lie, plus the anger felt by her husband (that's the “family torn apart” business). She never filled in her objections to the “career choice.” Her mind was on other things.

To Prudence the lie barely matters. The girl was being leered at, which is so terrible that now she must be wrapped in blankets and placed by a warm fire. “So put aside the judgment and the outrage,” the wise woman counsels. Her advice would be noble if this was 1950 and the girl had just been raped and she had parents dumb enough to think she was damaged goods. Instead it's 2013 and we have an adult who has entered a line of work and then systematically lied about it for a number of years, lied about it to people who are close to her and love her. That's the damage she's done and it has to be taken into account if the family is going to help her into some non-stripping way of life.

Don't advice columnists normally get that? “Explain that the deception was not okay but that you love him and will help him seek counseling,“ or whatever. But not Prudence, not when a female has been at the disposal of the male libido. That backdrop is too terrible for small things like truth and respect to get a look-in.

A special bit from the Prudence response: “The point you want to make—and which surely she knows—is that her job is not a long-term sustainable one.” That's for the sit-down about the daughter's new career path. No, the letter writer never said anything about stripping's long-term viability. That objection (and it's not a bad one) comes from Prudence. She uses “point you want to make” as a synonym for “point that I consider important and that you can present to your daughter without shaming her about her slut behavior.” Quite a switch, but Prudence can do it because she never thought about what the woman was saying.

Shorter version of the above: this is why I read Dan Savage.