There isn't a lot of evidence that pornography—in itself—is causing sexual problems. 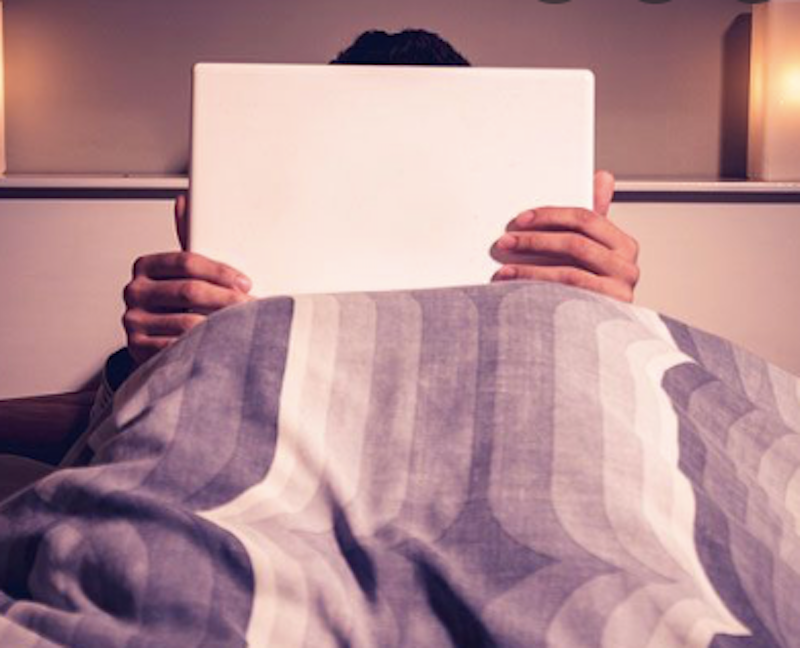 In Ben Hozie’s 2020 film PVT Chat we meet Jack, a twentysomething layabout who spends his days playing online blackjack and nights paying a BDSM-themed cam girl, Scarlet, to blow smoke at the screen while he masturbates. Jack’s life is depicted as a melancholy routine, where brief sessions of pornographic fantasy provide a brief glimmer of hope in his cramped, messy New York apartment.

When I was working as an advisor to the adult industry, one of the most frequent criticisms levelled at pornography was that it was a “new drug” which stripped men and boys of their capacity to love and was implicated in an epidemic of erectile dysfunction and mental illness. There isn’t a lot of evidence that pornography—in itself—is causing sexual problems, nor does the concept of “pornography addiction” hold much water.

A “technosexual” is the fancy neologism for an individual whose sexual gratification requires mediation via technology. The concept overlaps with increasingly common forms of “asexuality”—where individuals, usually young, choose to avoid physical intimacy despite having normal sexual desires. The existence of a subculture of individuals retreating from sensuality is bleak, and appears to reflect a broader cultural trend away from physical interactions towards online life (which the recent pandemic has only accelerated).

The decline of blue-collar jobs and an increasingly insecure economic environment have created a “drop-out” generation of young men with nothing but their computer screens and fantasy life to providing meaning in their lives. The Coomer shouldn’t be seen as an individual failing, a pathetic figure just to be mocked, but a direct result of political decisions to preference growth over economic security. This distinctly 21st-century form of alienation requires a culture and economic shift away from make-believe, whether it’s pornographic simulation or the false promises of economic mobility.

It requires cultivating an offline world worth living in.