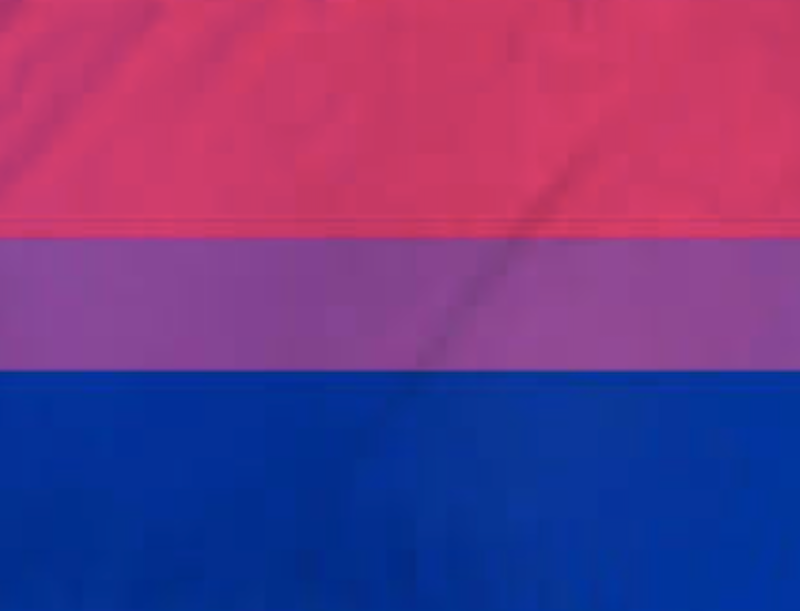 On April 28th, bisexual rights organization BiNet USA announced they were trademarking the bisexual pride flag. The organization—specifically its current president Faith Cheltenham—claimed on Twitter that Michael Page, who designed the flag while volunteering at BiNet USA in 1998, asked the organization to enforce its ownership of the flag, despite originally saying the flag was free to use in the late-1990s. BiNet USA then asked bisexual activist Jayne B. Shea to stop selling merchandise that features the bi pride flag, and for the Human Rights Campaign to remove its bi pride Zoom background.

Bisexuals took to Twitter to denounce BiNet USA’s decision using the hashtag #OurBiFlag. Board members tried to reason with Cheltenham, but eventually resigned from their positions. Most disturbing were allegations of Cheltenham’s history of abusive behavior made by former colleagues and fellow activists. Cheltenham responded to the controversy in a couple of blog posts. According to Cheltenham, it started when she found an image on CafePress of the Confederate flag superimposed upon the bi pride flag (it has since been removed). She also claimed that BiNet USA originally created the bi pride flag, not Page, and that everyone criticizing her decision is racist.

I contacted Baltimore lawyer and Opening Arguments podcast co-host Andrew Torrez to see if BiNet USA had a case. He said that from what he’d read, “On first impression it looks a) weak and b) stupid tactically even if they HAD a good claim.” He was right; pride flags cannot be copyrighted, and according to bisexual lawyer Nancy Marcus, the bi pride flag is not BiNet USA’s intellectual property. Also, as author Courtney Milan recently explained on Twitter, BiNet USA does not have the budget for successfully suing people for using the bi pride flag, nor can they make a profit off of the flag.

The story got weirder on May 3rd when Cheltenham wrote two confusing blog posts. The first was such a jumble of words that it’s hard to decipher. Either Cheltenham is escalating her decision or backing down. The second announced that Cheltenham was stepping down from her position as BiNet USA president next year, and that Juba Kalamka will take over her seat. Cheltenham also keeps referring to herself as “thefayth,” which is the screen name for all her social media accounts but has now become Cheltenham’s personal brand.

I can’t imagine what’s going on in Cheltenham’s mind. I always got along with her, but that was before all of this happened. Cheltenham’s recent erratic behavior suggests something’s going on besides being cash-hungry. (She once told me she has hyperthymesia, which means she can remember every single moment of her life clearly, but that doesn’t explain recent events.) I find the image of a Confederate flag superimposed upon a bi pride flag offensive, too, but that doesn’t mean she can take the flag away from all bisexuals. Cheltenham has done so much damage to BiNet USA that I don’t know if its reputation will ever recover.

Maybe Cheltenham’s not solely to blame for this fiasco. It’s possible the board bears some responsibility for ignoring her abusive behavior for so long. I’ve never worked with BiNet USA, but I do know from my experience with atheist activism that this is a common problem among non-profit organizations. Reputable organizations eventually experience major problems, whether it’s clashing egos, the old guard refusing to embrace new ideas, or abusive behavior. These organizations end up perpetuating the same oppressive behavior they claim to fight against.