A Pox on Your Throats

Nicky Smith stayed with us for too long, so I put something in his coffee (Don’t tell). 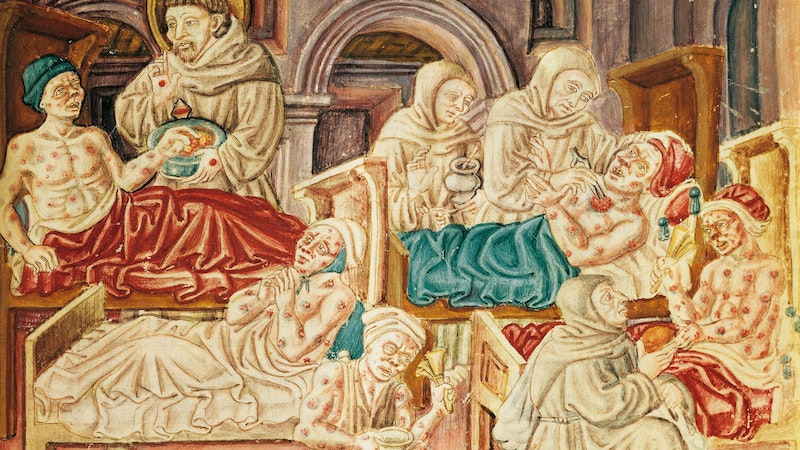 “MD AT RISK OF INFECTION SURGE STOP. COUNTIES ASKED TO DECIDE FOR THEMSELVES WHEN IT IS BEST TO REOPEN STOP. POLITICIANS, BUSINESS OWNERS, & CITIZENS PLAYING RUSSIAN ROULETTE WITH OUR LIVES STOP.”

I can’t remember the last time I got a telegram. The 1960s? No, I still saw in black and white, must’ve been the 1950s… though then it was still a perfunctory gesture, a nostalgic throwback to our courtship… yes, Rooster sent me a romantic telegram when he was in Rome and I was in Belíz in 1952… When we started dating, the West hadn’t yet been won, and we sent each other coy love telegrams all the time. It was expensive, but true love knows no cost. Only now do I remember all the men I shot out West, and how they never saw their sweethearts again, and how wonderfully happy that made me. Tea moment… I was really good at killing folk.

Nicky’s no longer welcome on our property. He exploited us once again for three consecutive articles. We allowed him into our home as refuge, not as a journalist, and we made it clear that he wasn’t to report on our comings and goings. He refused, and was punished. We’re not sure when he’s coming back but let’s just say I put something in his coffee before he left… takes a few weeks to kick in, but when you know, you know.

Have you ever disappeared? Gone headfirst into a soul cannon out onto an unfamiliar spiritual and physical plain? Me neither. Anyway, Nicky doesn’t have to know we kicked him out because we didn’t kick out the Nicky back in Baltimore. Rooster has been reading too much science fiction and it’s making my head hurt. It’s always quibble-this, fly-ship that, time-altering drugs that accelerate anti-aging-that… He doesn’t want to read about Nancy Pelosi or Donald Trump, or any of the politicians that have let us down yet again.

We’ve burned all of our Bernie Sanders gear. I like him, but don’t like when he sucks the cock of the devil that snuffed out his light. Then again, Sanders—a born defeatist—never thought he could win anyway. Well, he was never willing to call Rapist Uncle Joe “retarded” and now everyone’s mad at him, including the two boys in my house (Rooster and Bennington, the bitch). They’re in denial about their savior’s betrayal. They’ll learn the deviousness of humanity in time. Mahalo.

Nicky keeps trying to call me and I have to send him the Domestic Violence Hotline number. “We’re not married, Monica,” he says. Yeah, might as well be. He thinks he can get anything out of me for his movie. He doesn’t realize I have him wrapped around my wing. When he makes the story of the Quibbits family, it’ll be under my watch. I’ll have final approval and final cut of everything: the movie, the posters, the trailers, the casting, the sets, the special effects, the food that people are allowed to eat while watching it (at home or in theaters)—I’m just nice that way. I’m an auteur as much as he is.

In case you didn’t notice, that’s what he was doing: collecting research for his screenplay. He’s not helping Rooster with his book, he’s not visiting us out of the kindness: he wants us for himself because we ‘re exotic. He has exoticized the chicken—how obscene. All of this while the world burns, and he’s planning his future. How selfish and again, yes, obscene. How can anyone read now? I’ve been too busy delivering groceries to the infirm and planting trees outside of abandoned gas stations. I’M BEING A RESPONSIBLE CITIZEN! We’re not allowed to go back outside yet, but I guess Nicky is… good. I hope he gets the virus so we can finally have a week in peace. It’s been so long since Rooster and I have been alone… Bennington should get the virus honestly. That would be funny, and we’d get sympathy from people all over the world probably. Sounds kinda clutch, actually. Maybe I’ll go get some swabs and see if I have any—