Close calls with motorbikes and men that feel you up like a club sandwich. 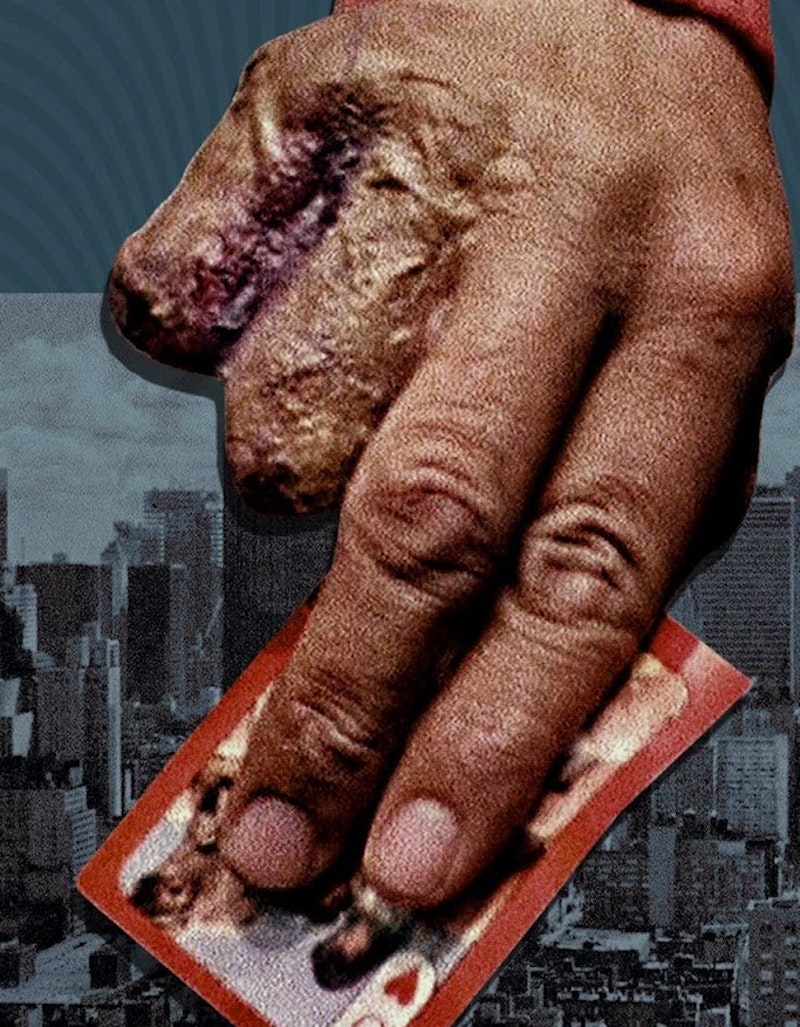 Last night a serial killer saved my life. I was walking down 5th and Lex—as one does (“one” meaning specifically New Yorkers and New Yorkers only, like me)—and I was trying to get a cab. Not a single free cabbie would stop for me (typical), but despite the indiscriminate bird discrimination everywhere in this city, a kind hand offered itself to me in the form of a man with a quacky voice. I mean really quacky. “Whloud ylou lyike ti gooo seeeel a moooovie withl mee? HE-HE-HEHEHEHEHE. QUACK QUACK.” Brother let me tell you I’ve met a lot of insane, fucked-up, nasty, and retarded human beings and creatures in this life but never have I heard a two-fingered man so closely resemble Donald Duck while looking like he stepped straight out of the Village People. This motherfucker had leather studs and bracelets on his arms, with full BDSM attire (business casual and respectable of course—it’s 2021), and mirrored sunglasses. I could see that I needed a nap, and a free ride back to the subway grates would be nice.

Life under the Met-Life building has been life-affirming. Not just because of the struggle, but because it’s a true matriarchy, the first I’ve ever known personally or in recorded history. I don’t read much, but Polly has this place set up. There’s very little violence or theft, and rape is unheard of—I don’t even think it’s technically illegal down here. But that doesn’t matter, because everyone feels safe. And they’re right to: Polly’s metropolis under Manhattan is a safe place to do hard drugs, have rough unsanitary sex, and pursue and cruise with the gunkiest of all the world has to offer. In peace, and hopefully, harmony. These are all beautiful things, but I’m sure you’re reading this above and judging us. Judging me. That’s okay. You can say whatever you want about me. Keep sending me rape threats in my DM’s. I can take it. I like it. If people are threatening to rape me, it means I’m doing something right.

But the other day I was caught off guard, once again, by life. I let the New York Ripper go. He was so kind. He gave me that ride on his motorbike, but as soon as we got to his place (in Midtown—I’m a New Yorker), he stopped being nice. His “girlfriend” (slut hooker whore prostitute) was standing outside of “their” (his) apartment, looking angry, as tall blonde women often do. He got off his bike and did the whole “Babe…” routine, and I just walked away because the grates to my place were a couple of blocks east. Later that night her body was found on an empty subway car, torso sliced through from her vagina, both of her eyes destroyed by needles and her arms and legs broken by hammers. Very, very bad stuff. Nothing like that would’ve happened if Polly were around. Nonetheless, human beings run the world. It’s upsetting. It’s upsetting to me.

I need to be more careful, less trusting. Ever since I got out of the toxic codependent relationship living situation with my cousin and his bitch wife Monica, I’ve been trying to work on learning how to trust people and it’s hard. It’s really, really hard. All I can say to others that are struggling: don’t give up. It gets better. It gets much worse first, but then, I promise you, it gets better. Eventually. Hasn’t happened for me yet, but I’m waiting for the day. I almost died, and I know that woman could’ve been me. Serial killers are weird, they’ll fuck anything that moves, and besides, he was handling me like a club sandwich on that bike ride, it was creepy. But he was sort of hot and clearly wealthy. My plan was to steal all of his money and drugs and then run back down to Polly and show her my load. Indiscriminate sexual behavior with criminals is sanctioned as long as bounty is brought back as offering to the bar in Polly’s house where she stores all the contraband.