Why Are Men So Mean to Me?

An innocent hen asks: Why am I being ignored? Am I too old to be catcalled? 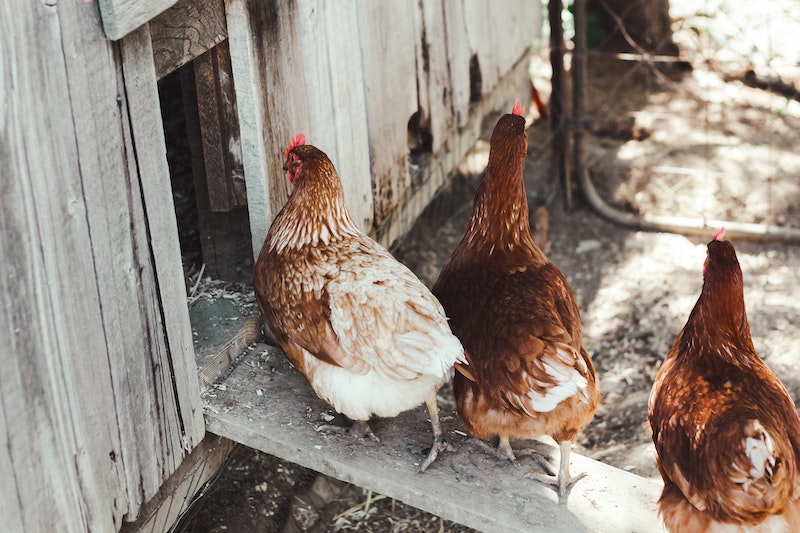 The author at a construction site trying to get nasty with her henfriends.

Used to be you’d take a bag of groceries and haul ass back to the wagon before the pigs came out. “Hi, honey,” they’d say, “wanna go for a ride?” They didn’t have mace when I was young, so I just cut him. He died, but it was justified. “Oh, Monica, you killed an innocent man—” Wrong. I killed a rapist. Next question.

“Why aren’t you hot anymore?”

This question confuses me. I am hot—always have been, always will be. So why am I ignored on the street now? You’d think a hen with a fat ass would attract massive attack these days. Not the case. I was wandering around a construction site last Thursday, minding my own business, trying to get sexually harassed, and no one approached me. No one even talked to me! I told my husband about this and his reaction wasn’t exactly what I expected: “Didn’t know I had a whore wife. Oh wait. Yeah I did. Bitch.” Then he took a drag from his beer and beat me. This is what I have to put up with every day of my life.

So I left him at home to his own devices: iPhone, iPad, Juul, “works kit” (heroin). Besides beating me, he does drugs. Hard drugs. Not like cocaine—heroin. Only perverts and criminal homosexuals shoot heroin. So, I must ask myself: is my husband a pervert, a criminal homosexual, or both? It’s a tough question. Conceivably, he could be both. I don’t see very much of him. You know how old couples are: they don’t like each other. Some are luckier than others, but after hundreds of years together, Rooster and I barely see each other. At least since he started using heroin again (last month). Before that, well—you can read about our time together. We’ve certainly spent a lot of time writing about it over the last six years.

Enough about my husband, let’s talk about my trash cloaca. It gives me no pleasure to report that I’m thoroughly ran through. These things come with age. Maybe the construction workers sense that, that I’m barren, that my cloaca just ain’t shit any more. Maybe they know that I can’t bear children. Keep in mind these are immigrants and poor white trash—they procreate like bunnies so you know there’s no “Oh I would never bring a child into this world” namby-pamby people-shit you hear from intellectuals with micro-penises and anxiety disorders. I didn’t go to college so I don’t know what “cis-gender” means. I know that my gender is not “cis”—it is sick. I am sick-gendered. NO THAT DOESN’T MEAN YOU CAN “SIC” DOGS ON ME! STOP DOING THAT!

I also don’t have sickle cell anemia. People make so many assumptions when you’re a woman, that you don’t but also do want to get “catcalled.” I’d like to be respectfully sexually harassed on my way to do little activities. Today, for example, I don’t have errands except going to Woolworth’s for my husband’s iodine, syringes, sanitized napkins, chocolate, and grunge albums. Lately he’s really getting into this band Jane’s Addiction. I had to do some research on them before I bought the cassettes, but Zagat says that they’re appropriate for children. He did ask me to buy a “CD” (what?) by a band named “Porno for Pyros.” Um… excuse me? The gall. I’m his WIFE. He needs pornography all of a sudden? Insulting. I need to remember to make his vasectomy appointment.

On the way back I met a dairy farmer named Larry who said I had “nice yams.” I asked what he meant by that. “It means I want to fuck you.” For once, I was speechless. This was eros! This was lust! This was desire! Something I hadn’t felt from my husband in a long time… something else I hadn’t felt was an erect human penis in my face, which I promptly bit, spun around, and twisted off Larry before I spur-clawed him into a bush. I didn’t kill him, though: I wanted people to know the man with the fucked-up penis is a rapist, and that he tried to rape me. So this is your final warning, Larry, if you’re reading this in the hospital: I’m not interested. Try leaving it at “yams” next time. No one needs to hear smut on the street.