A Review of Louise Perry’s patronizing The Case Against the Sexual Revolution. 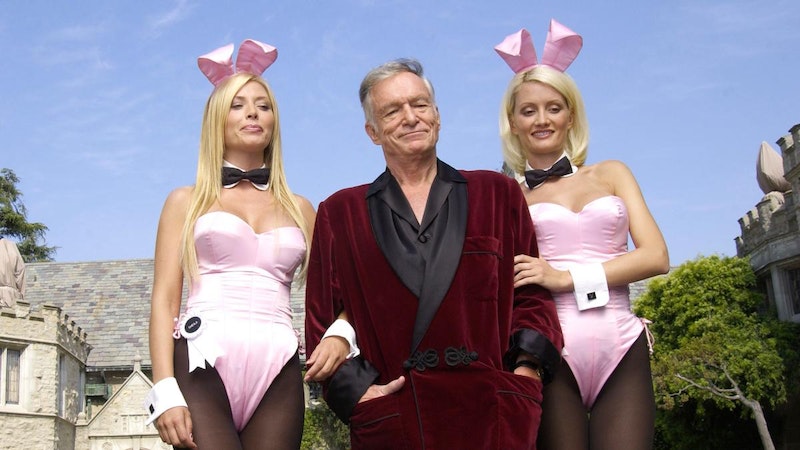 From Katherine Angel’s Tomorrow Sex Will Be Good Again to Amia Srinivasan’s The Right to Sex the last few years have seen a wave of “sex negative” feminist literature, taking a critical look at the consequences of sexual permissiveness in contemporary culture. Writer and activist Louise Perry adds to this burgeoning movement in her provocatively-titled new book “The Case Against The Sexual Revolution,” a harsh dissection of Western sexual mores. Perry’s thesis is a familiar one: men and women are different (on average), with the former seeking sexual novelty and frequency, while the latter desires intimacy and connection. Our contemporary liberal sexual culture frames female sexual availability as “liberating” when in reality it works in the interests of men, leaving women feeling used and objectified.

“It promotes the interest of the Hefners of the world at the expense of the Marilyn Monroes” writes Perry. A “post-liberal” perspective is required, one which doesn’t confuse the legal edit that someone can with the moral demand that someone should.

Our culture of sexual permissiveness will never be safe for women argues Perry. She balks at attempts to solve the problem of sexual violence through consent education—“rapists don’t care what feminists have to say”—and encourages women to have their wits about them, acknowledging that a small (but disastrous) minority of men will always wish to do them harm.

For Perry, the wellbeing of women should be prioritized over praise for women who “transgress” the boundaries of gender and act more like men: “I am critical of any ideology that fails to balance freedom against other values.” This leads to some eyebrow-raising chapter titles including “Loveless Sex Is Not Empowering,” “Consent Is Not Enough,” “Marriage Is Good” and, in conclusion, “Listen to Your Mother.”

But who are these doe-eyed jejunes?

Most women in contemporary society are acutely aware of the dangers of men, in some cases to a paralyzing degree. Most women (and men for that matter) do understand that the thrill of casual sex gradually wears off and that true meaning can be found in real connection. Most women do get married and listen their mother to boot. The target of Perry’s patronizing lessons don’t appear to be normal everyday woman (who frankly, know better), but fellow intellectual-types who spend their days shoehorning contemporary events into a feminist lens.

Perry’s lambasting the kind of writers and academics who call Cardi B’s WAP a “feminist anthem” or the online bimbofication trend a “revolutionary act.” These aren’t representative of contemporary womanhood, but terminally online weirdos who only fellow travellers in the media take seriously. This ultimate “straw(wo)man” serves Perry’s narrative that our sexual culture is irreparably damaged, with the subtext being some drastic shifts in public policy are required.

It’s in vague gestures to law reform where Perry’s book takes a concerning turn. As the current press officer for UK organization “We Can’t Consent To This” Perry has helped push the narrative that a wave of intimate partner homicides are successfully defended on the grounds of consensual strangulation. This is not only not true, but has led to reforms which codify the criminalization of consensual BDSM. That any woman can find meaning and pleasure through sadomasochism is completely absurd to Perry, even though much of her book speaks about the need to rediscover ritual in order to fight against sexual disenchantment.

Similarly, Perry is a vocal advocate in favor of the criminalisation of sex work—with women involved in selling sex framed either as destitute victims of the sex trade or “duped” liberal feminists. Peeling back the political positions Perry actually occupies, her critique of contemporary sexual culture isn’t so much “post-liberal” as “anti-liberal.” She wishes women would behave in a manner consistent with her enlightened understanding of female desires. This isn’t so much a sexual counter-revolution as a rather dull appeal to bourgeois sexual conformity. There’s much to critique about unerotic “sex-positive” movements, but Perry’s too focused on contrarian takes (and punitive policies) to add anything to the discussion.

—Jarryd Bartle is a lawyer, consultant and academic specializing on the regulation of “vice.”