Why the World Needs the Bechdel Test 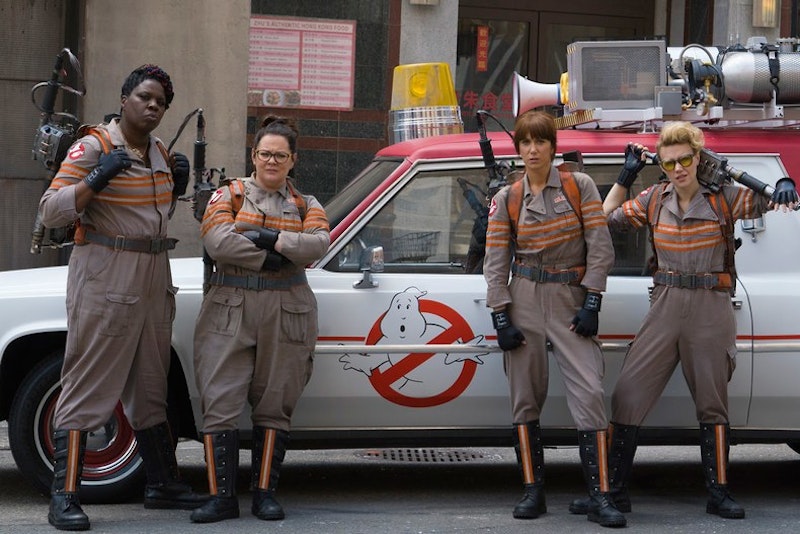 What’s so great about the Bechdel test? Here’s a good enough answer: “It isn’t meant to be a litmus test but rather a strategy for drawing attention to the general way women are sidelined in Hollywood.” That’s by the writer Kyle Smith, though he doesn’t agree with the sentiment. Smith fumes at the popularity of this Bechdel gimmick, at the “utter vapidity and uselessness” of this “feminist Good Housekeeping Seal of approval.” He’s a conservative who sees the other side up to its old daffiness. The righteous fools are too dizzy to notice that their means does nothing to achieve their ends. “Do feminists look at Showgirls and chalk that one up as a big win?” he asks.

Well, do they? I don’t know. Feminists argue a lot, from what I’ve seen. They could get this ball slamming back and forth pretty fast. But I think Smith commits a mistake. Regarding the Bechdel test, he’s a litmus man. I’ve run into his type before, and he’ll be happy to know they were feminists. Like him, they thought the point of the rule was to promote material of a certain sort, to get strong-woman scenes into circulation. Those of us on the other side, the “strategy for drawing attention” side, believe otherwise. We think the rule’s point is that it brings us, and everyone else, into touch with reality. It clues people into a fact.

Apparently, someplace in Showgirls there’s a moment where two women with names talk to each about something beside a man. The marvel is that this is worth noticing. And that’s the point of the Bechdel test: it shows you how rare such a thing is. Two women having the kind of talk that male characters have all the time (with the male characters not mentioning women, of course)—that shouldn’t be rare, but it is. The Bechdel test doesn’t ask for much, not if Joe Eszterhas’ greasy-thumbed jizz rag of a script can pass it. Two women having a sort of conversation that women have in real life, and that men have in real life and movies, and that normally women don’t have in movies. That’s all, and yet. When I first heard about the test, I tried to think of films that passed, and then I read online debates about the matter. In each case what I found is that the Hollywood films that pass, and there aren’t a lot, do so by scraping across the line. Spotting these moments is like spotting a rare bird; no wonder people make a fuss.

Smith, if I read him right, believes that the fuss all comes from the simple desire to throw a label about, to have a seal (“Approved,” “Not Approved”) that you can whap down on a film’s passport. If so, the example he gives doesn’t help him. Here’s what he quotes from a lady’s review of A League of Their Own: “It is, in my possibly blinded by love but also correct opinion, one of the best sports movies there is. And it is an honest ode to women and sisters and friendships, with a story that breezes through the Bechdel test by the end of the opening scene.” Notice that the test features in this quote as an after-thought. The film isn’t good, or feminist, because it passes the test. Passing the test is just a sign that the movie’s good, or feminist.

Smith says it’d make as much sense to look for movies that have cowboys talking to each other. As somebody tweeted, cowboys aren’t 50.8 percent of the U.S. population. I’ll add this thought: even so, it’s easier to find cowboy movies than Bechdel passers, and that’s a situation worth noticing.