What the Judge Said About Woody Allen 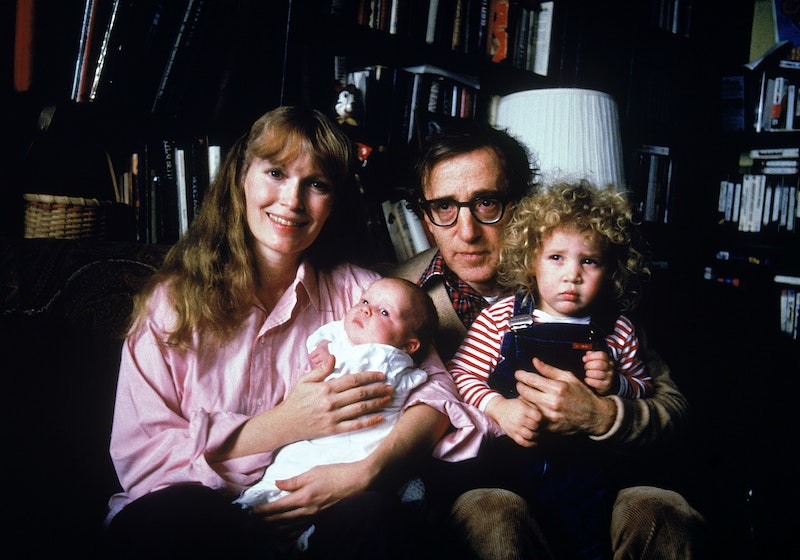 Twenty-one years ago, a judge in New York State spent a few months hearing what everybody involved had to say about the business of Woody Allen and seven-year-old Dylan Farrow. Then he issued an opinion that awarded Mia Farrow custody of Dylan. From the opinion: “Mr. Allen's behavior toward Dylan was grossly inappropriate and measures must be taken to protect her.”

To be fair, the judge did not say Allen was guilty of molesting Dylan in the crawlspace off Farrow's bedroom, the famous “attic incident” that people are now debating as if the charges were brand new. Carefully, the judge wrote, “we will probably never know what occurred on August 4, 1992,” the day that Dylan says the filmmaker lured her off by herself and then digitally penetrated her. The judge's opinion notes, “A medical examination conducted August 9 showed no physical evidence of sexual abuse.” When pointing to Allen's “grossly inappropriate” behavior, the judge had in mind everything else, all the stuff that wasn't Allen's word versus the child's. This other behavior, the undisputed stuff, was enough for the judge to consider Allen a menace to Dylan.

The opinion—it was by Judge Elliott Wilk of New York State Supreme Court and can be found here—observes that Allen had the habit of “spending play-time in bed with her,” of “reading to her in his bed while dressed in his undershorts” and of “permitting her to suck on his thumb.” On one occasion a witness “observed Mr. Allen kneeling in front of Dylan with his head in her lap, facing her body. Dylan was sitting on the couch staring vacantly in the direction of a television set.”

From the opinion: “Ms. Farrow testified that Mr. Allen was overly attentive and demanding of Dylan's time and attention. He was aggressively affectionate, providing her with little space of her own and with no respect for the integrity of her body.” The judge excerpts testimony from Dr. Susan Coates, a therapist who treated Dylan. Referring to what Farrow had told her about Allen's behavior, Coates testified, “I understand why she was worried, because it [Mr. Allen's relationship with Dylan] was intense... I did not see it as sexual, but I saw it as inappropriately intense because it excluded everything else, and it placed a demand on the child for a kind of acknowledgment that I felt should not be placed on a child...”

We can add a bit to the judge's ruling. In 1994 the court that heard Allen's appeal of the custody ruling wrote that the “various psychiatric experts who testified or otherwise provided reports” expressed “the clear consensus” that Allen's “interest in Dylan was abnormally intense in that he made inordinate demands on her time and focused on her to the exclusion of Satchel and Moses even when they were present.” Satchel and Moses were Dylan's brothers, and Allen was seeking custody of them along with Dylan. In fact Satchel was supposedly Woody Allen's own biological son. (The boy, after a name change and the passage of two decades, is now Ronan Farrow, the soon-to-be TV host for MSNBC.)

The appellate decision notes that the experts “did not conclude that Allen's behavior toward Dylan prior to August of 1992 was explicitly sexual in nature.” What counts as  “explicitly sexual”? The decision doesn't say. But the behavior described in the earlier ruling sounds implicitly sexual. The earlier ruling also includes Farrow's testimony about what she told Allen when Dylan was between two and three years old: “You look at her in a sexual way. You fondled her. It's not natural. You're all over her. You don't give her any breathing room. You look at her when she's naked.” The trial experts agree with Mia on, at least, “not natural” and “don't give her any breathing room.” Allen was obsessed in a psychologically bizarre way that threatened the girl's boundaries.

He had to be curbed. From the appellate decision, in upholding the provision that Allen should see Dylan only with her therapist present: “even if the abuse did not occur, it is evident that there are issues concerning Mr. Allen's inappropriately intense relationship with this child that can be resolved only in a therapeutic setting.” That's a less stark rendition of the first ruling's flat statement that Dylan had to be protected from Allen's “grossly inappropriate” behavior.

And Allen was ethically deformed. The appellate decision dryly notes, “Mr. Allen's tendency to place inappropriate emphasis on his own wants and needs and to minimize and even ignore those of his children.” The earlier ruling, by Judge Wilk, has much more on this theme. On why Allen couldn't see his son alone: “I believe Mr. Allen to be so self-absorbed, untrustworthy and insensitive, that he should not be permitted to see Satchel without appropriate supervision until Mr. Allen demonstrates that supervision is no longer necessary.” On Allen's conduct in the custody dispute: “His trial strategy has been to separate his children from their brothers and sisters; to turn the children against their mother; to divide adopted children from biological children; to incite the family against their household help; and to set household employees against each other. His self-absorption, his lack of judgment and his commitment to the continuation of his divisive assault, thereby impeding the healing of the injuries that he has already caused, warrant a careful monitoring of his future contact with his children.”

Some people are sure that Woody Allen digitally penetrated Dylan Farrow. Some are sure that he didn't. Personally, I'm certain that none of these people really know. But the judges who examined Allen's conduct were sure that he was a moral and behavioral disaster who had to be kept away from his children. In sizing him up, that's enough to be getting on with.