What the Hot Girl Said to the Heavy Girl

And why it stank of privilege. 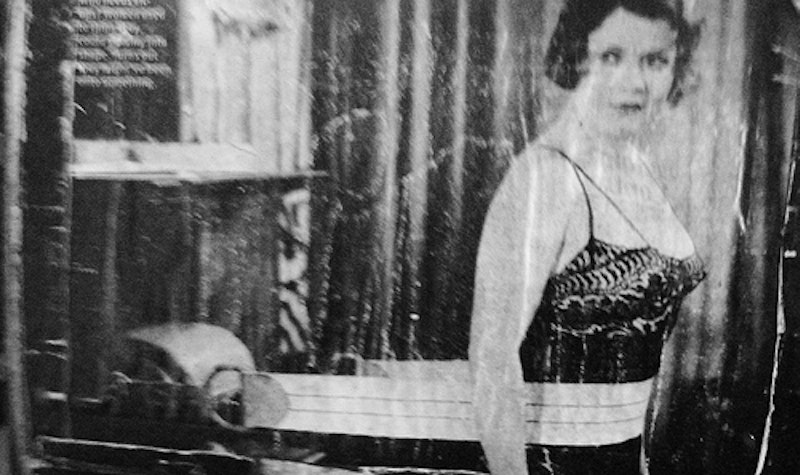 Here's a difficult, embarrassing moment I had to witness. I still don't see how anybody could have handled it. I'm just glad I was a bystander and not a participant.

It happened at a newspaper where I freelanced. They had TV sets playing CNBC, and a knuckle-faced bigshot was up on the screen, holding forth about the Chinese market or the European Union. A young woman, one of the reporters, turned to another young woman, also one of the reporters. They had said nothing to each other, the first girl occupied with her duties. But now—with an air of decision, with a clean lift and jerk—the first girl said, “Maybe someday they'll let ugly women on the news.”

The second young woman's face went a little out of focus. Her chin moved, her shoulders lowered a fraction of an inch; she looked helpless. The first girl didn't notice this.

You'll have guessed the key fact. The second young woman was nothing much to look at, or not by prevailing standards. The first was. She was good-looking in the style of an athletic boy with breasts and rump added on. That style has been big for decades, and I expect it made a difference to the girl's experience: she opened her mouth many times before anybody told her she was wrong about something. The girl didn't have a pretty face, just regular, and her curves looked like a weld job, like somebody had slapped them on her rather spare and straight-lined form. But there they were and they looked good. So she was the girl who spoke up.

The other girl was pretty enough, but the wrong style. She was wide and heavy-limbed. She had two chins. Her best features were her soft eyes, her regular cheekbones and her chestnut hair. There are women who soldier on this way and make the world show them some respect. This woman's temperament seemed softer. When the hot girl dropped her pronouncement, all the second girl could do was look at it, nonplussed.

The hot girl, in her mind, was making a handsome gesture. She was on the side of the non-hot girl, the heavy girl. She didn't have to be, since she was hot—that's what made the deed so handsome. Of course, on hearing the remark the second girl was reminded that she herself wasn't hot, that men didn't look at her. A mean thing to do, if the hot girl had thought about it. But she hadn't.

Having delivered her remark, the hot girl went back to pulling her fax printouts from out of the machine. She and the heavy girl weren't friends. The hot girl chatted with superiors, few others. She was somebody with things to do, and her hotness was just God's extra gift on top her coffee-achiever temperament. Now she bustled off. The other girl was left by herself, grateful the moment had passed.

Every now and then I think about the situation, and I can't figure out what the second girl could have said. Anything worth saying, anything that put the hot girl in her place, would have been based on this premise: that the second girl's looks were regrettable and that therefore they shouldn't be mentioned. Who puts themselves in a situation like that?

The best a person might hope for would be to unleash something simple and withering (“Thanks a lot”) and then let the hot girl flounder in confusion. If the hot girl didn't flounder, if she stared back at you and wanted an explanation, the only next step would be to direct at her a concentrated beam of disdain stronger than most people can produce.

Unless you're equipped for such a display, you're beat by the situation. The ground rules shut you down. A man can say he isn't so ugly; a woman can't. It lies too close to her heart, to self-respect. The matter is treated by everyone as being too important; bring it up and the voice tears.