The Gay Club is Nearing Extinction 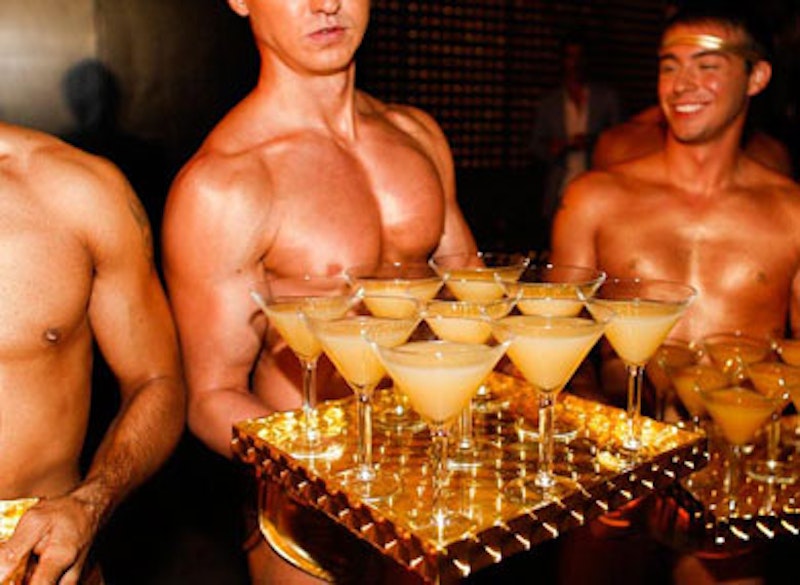 “There’s no gayborhood in Portland,” Austin tells me. Oh for real? “This whole street used to be full of gay bars but the area is getting too expensive and they’re all closing down,” he said. It makes a lot of sense if you think about it: a marginalized population flocks to an area because it’s what they can afford, they make it cool and amazing, then prices go up and suddenly only really rich people can afford to be there. But if there’s no gayborhood in a city as progressive and as totally queer as Portland it says a lot about the culture of the place, if not the state of gay culture right now.

Most cities in America, and Europe, have some type of gay neighborhood. It’s usually the most expensive area in town and full of gay bars and clubs, as well as gay-owned bookstores, clothing stores and restaurants. But in an age of social media apps and the speedy the decline of the gay bar and club, gayborhoods may no longer be necessary.

A friend of mine texted me earlier yesterday to tell me that NU, Richmond’s most ambitious and most high-end gay nightspot, was closing. They’re having a bomb-ass closing party, a last hurrah, I’d better go peep it.

NU is a black box club that sits on an abrasive strip of Broad St., the commercial artery of Richmond. The club sits next to a CVS, a gas station, and a McDonald’s. When you roll through the club, naked go-go boys dance seductively on top of white boxes with furry boots at their feet. Conspicuous VIP tables invite you to imbibe in the most spectacular fashion, and all the latest music videos loop on a giant screen. The venue is clean but very commercial, and you feel like you could just as easily be at an “it” gay club in South Beach, Chicago, or anywhere.

The news of the club’s closing was sudden, although not that surprising. I’ve been living in Richmond since August 2012 and I have been to NU maybe four times, including last night. That's basically never. As sad as it is to say, I’m not sure many people went to NU, and this is a fact we were reminded of time and again by the drag queens hosting the show when I went for the closing, which was packed. “If ya’ll bitches had been coming here every Thursday, maybe we wouldn’t be closing.” That’s not exactly what she said, but you get the gist.

Even my friend Antoine told me he never went to NU. “This is the most amount of people I’ve ever seen here. Every time I come there’s almost nobody here,” he said.

It’s no big news for a club like NU to open and close a year later; that’s part of the business risk you take when you open a new venue. But I wonder if NU was pressured to close because of this new cultural dynamic that finds young gay dudes and lesbians moving away from gay neighborhoods and gay-identified nightclubs in favor of more mixed places. In a lot of ways, the gay club as we know it is pretty much extinct, and it will die off very soon especially because it is a type of venue geared towards younger gay men who are just finding themselves but who can now find themselves on Grindr without even going to the club.

I avoid gay clubs. Besides last night I can’t remember the last time I went to a gay club or said to my friends Hey let’s go to the gay club. I love nightlife and I go out all the time, but I just can’t stand places that rely on remixes of pop music and Top 40 and R&B. I might as well save my coins, stay home, clip my toenails and cut on a commercial club-focused radio station on iTunes.

In Portland last week I went to one of the best parties I’ve been to in a while. It was this secret afterhours thing in an abandoned apartment building where a bunch of different DJs played house music. It was very DIY, from the people to the space. We danced in a dark room that couldn’t have been larger than a studio apartment. And it was packed to the brim. We were a sweaty, sweaty mass/mess, bopping up and down to the music. The DJ “booth” flanked one end of the small room and the makeshift “bar” took up the other side. The drink prices were written on the wall in crayon, and if you didn’t feel like dancing you could just chill out in the hallway or in the stairwell.

The crowd itself was very gay—or, should I say, very queer. There was a whole lot of fashion and a gaggle of gay dudes and a plenty of lesbians, but there were also a ton of straight people and you got the sense that this wasn't a specifically gay space but it wasn’t a straight space either. It was a queer space, and straight people can be queer, too.

A word to gay club owners in America: successful nightlife doesn’t have to mean go-go boys or VIP tables and bottle service, and you don’t need fog machines and crazy flashing lights to get turned up. Those things are all just smoke and mirrors. If you want people to come to your club you have to give them a reason. People need to feel like if they don’t come they’re missing out. Maybe the lesson here is that being gay just isn’t enough of a reason anymore.