Was Charlie Chaplin a Communist? 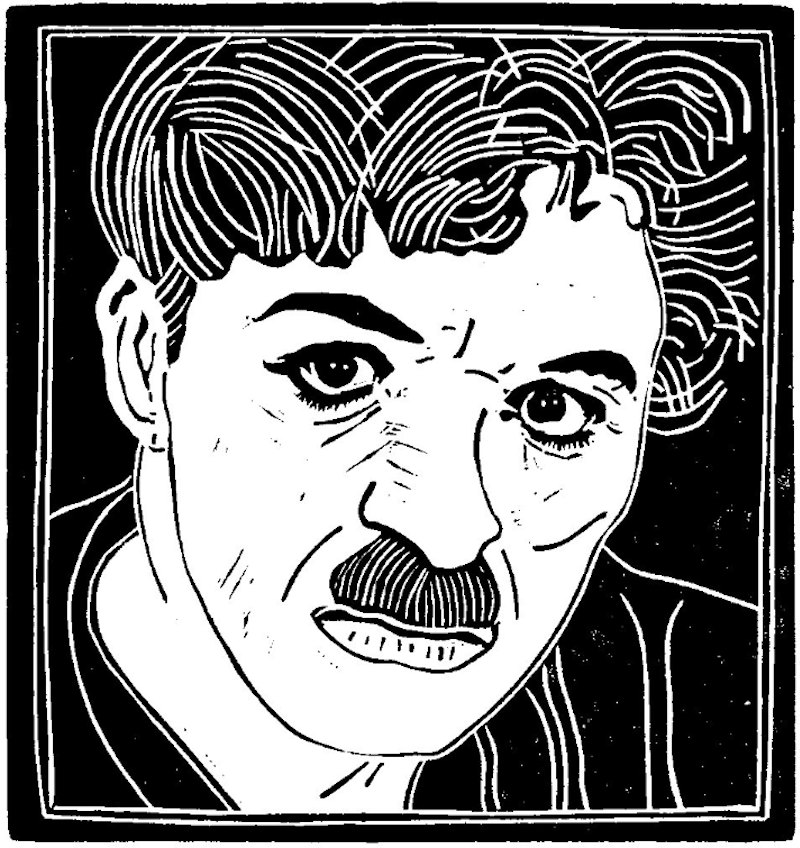 Charlie Chaplin was deeply troubled by the Great Depression. "Something is wrong when five million men are out of work in the richest country in the world," he said. After a conversation with Mahatma Gandhi, who lamented "machinery with only consideration of profit," an idea took hold in Chaplin's head. He’d make a satire on modern industrial life.

The resulting film was Modern Times (1936). The "Tramp" plays a factory worker gobbled up by the grinding gears of industry. He struggles to keep up with the ever-accelerating assembly line where he screws nuts onto pieces of machinery. The industrial work overwhelms the "Tramp" and he suffers a nervous breakdown.

Today, Modern Times is viewed as a classic but upon its release it received only mixed reviews and average box office. People didn’t appreciate Chaplin's politicizing. He was a foreigner after all (a British citizen) and the public felt he had no right to speak ill of America where he’d become rich and famous. Chaplin couldn't help himself. He'd been raised in poverty in England and he felt a kinship with the poor, the hungry and the downtrodden. He believed that capitalism and modern technology was displacing the American worker. If he didn't speak out, who would?

Chaplin was an ardent supporter of FDR’s New Deal. During World War II, Chaplin supported various Soviet-American friendship groups. He campaigned for the opening of a Second Front to help the Soviets and he attended functions given by Soviet diplomats in Los Angeles. Chaplin’s social circle included German émigrés like Bertolt Brecht who professed pro-Communist views.

In 1947, the FBI launched an investigation into Chaplin, viewing him as a potential threat to national security. The FBI also leaked stories to gossip columnists like Hedda Hopper who then defamed Chaplin. Congress viewed the film Modern Times and became convinced that Chaplin was a Communist. He was subpoenaed to appear before House Un-American Activities Committee but was never called to testify.

Politicians began calling for Chaplin to be deported. In 1947, Rep. John E. Rankin of Mississippi told the House, “Chaplin has refused to become an American citizen. His very life in Hollywood is detrimental to the moral fabric of America. He should be deported and gotten rid of at once.”

Chaplin denied the charges. “My prodigious sin was, and still is, being a non-conformist. Although I am not a Communist I refuse to fall in line by hating them.” Chaplin openly protested the activities of HUAC. He also criticized the US government after Hiroshima for unjustified “mass killing through weapons of mass destruction.”

In 1952, Chaplin traveled to London with his new wife Oona (the daughter of playwright Eugene O'Neill) to promote his latest film Limelight. A day after his departure, the US government revoked his re-entry permit, stating that Chaplin would have to submit to an interview concerning his political views in order to re-enter the country. In truth, the US had little real evidence to prevent Chaplin’s re-entry. Rather than fight the government, Chaplin cut his ties with the United States. He later wrote, "Whether I re-entered that unhappy country or not was of little consequence to me. I was fed up of America’s insults and moral pomposity. The sooner I was rid of that hate-beleaguered atmosphere the better."

Chaplin and Oona moved into an 18th century mansion in Switzerland overlooking Lake Geneva. In 1957, Chaplin made his final film A King In New York. The film presented a satirical view of US politics and it’s McCarthy-like witch-hunts. Chaplin was again accused of being pro-Communist and the movie was not released in the US.

In 1972, the Academy of Motion Pictures gave Chaplin an honorary award for his lifetime contribution to film. Despite J. Edgar Hoover’s strong objections, Chaplin returned to the US for the first time in 20 years. He received a 12-minute standing ovation at the Oscars.

Chaplin died in his sleep from a stroke in 1977 at age 88. A year after his death, his coffin was dug up and stolen by two unemployed immigrants. Chaplin's body was held for ransom but Oona refused to be extorted. The immigrants were captured and his coffin was found in a field in a nearby village. He was reburied in a cemetery in Vevey, Switzerland.