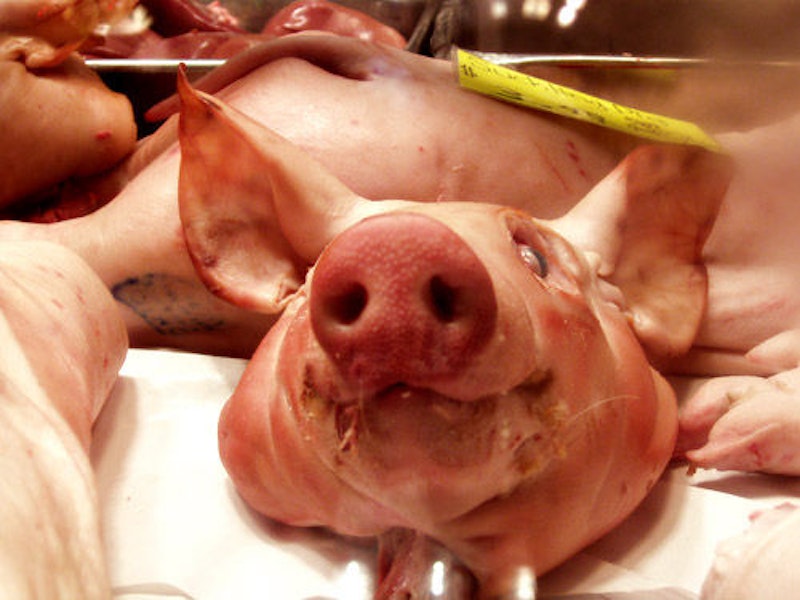 When I was a kid, growing up on Long Island, it was common to taunt a friend who was unusually nasty, by asking, “Hey, you got a t in your p?” Meaning: a turd in your pocket. It happens. Sometimes a day just doesn’t work out, it’s one paper cut after another, and the whole world’s living under the darkest of clouds. The following is a brief story I wrote for Baltimore’s City Paper (vol. 9, #47) 27 years ago, typos fixed:

You’re right: Baltimore wasn’t a pretty city last Saturday, with the on-and-off drizzle, raw temperatures and a persistent wind that defeated pedestrians one by one. Now, 24 hours later, as I look out a window and gaze past the Belvedere Hotel’s roof, all the ugly and pathetic sights and conversations that I collected Saturday crowd my head, flooding me, devouring all my concentration, making me shaky and weary. Every one of these poisonous memories begs to be purged and so that’s what I’ll do.

Things started out badly enough with a cabbie who rooked me, took me several blocks out of the way on a fare to the Lexington Market so that three more measly dimes could turn over on his meter. And in the Market I saw people buying and eating too much food, and saw butchers slicing slabs of liver and arranging heads of pigs and placing huge cuts of prime beef on display and then, just for a moment, as I watched a 300-pound woman inhale a double-stuffed gyro sandwich with an economy-sized cola, I felt low and agitated and wished that the Baltimore Vegetarians would cast a spell on the entire Market and everyone in it, including myself. And if I had a pen at the time, I could’ve recorded more and more disastrous moments and crimes against honest living, but as luck would have it there was no pen on my person, and it’s probably for the better.

In the next phase of my real nightmare I was walking up N. Charles St., a bundle of food in one hand, an umbrella in the other, and I was across the street from a Mercantile money machine by Chase St., and this cop who was spoiling for trouble found what he wanted: a young black man, whose main offense was the stocking he was wearing atop his head, and he’s called to the patrol car and the copper jumps out yelling, and frisks this guy, is belligerent and neither of them looks very happy.

So I hopped into a cab at Preston and N. Charles, stubbed out my Newport before getting in, got caught in a minor traffic jam and peered through the window at a head-banded girl who looked confused and dumbstruck, who crossed the street and then slung a canvas bag over her shoulder and it clashed with her tan parka and then she started grinning and singing a song. I told the cabbie to step on it, since it didn’t make sense to be near anyone that happy on this miserable Baltimore Saturday.

Later I was at the Brass Elephant’s upstairs bar, sipping a beer and quietly reading a magazine, and was assaulted by a creepy conversation that was loud and rude and didn’t let up. This 40ish lout spoke to his companion, a woman in jogging attire, about his previous night at a dance club where he spied a “hooker in her prime!” Then he pointed to a young lady at the end of bar and told his friend that he was dying to know what sort of underwear she had on. And after he held forth on lingerie, he saw another woman and theorized that she sold advertising space for City Paper and I gagged and thought for a minute that fisticuffs were in order but kept it under control and simply told this unfortunate son of even more unfortunate parents to cut the volume.

So I walked numbly outside into the rain and wondered why people lie and cheat and steal for no reason and thought about goofballs on imaginary high horses and those who are knee-high to a cockroach and people who are by turns cynical and weak, who are inhibited and strong, who whine when afflicted by mere sniffles, who don’t think there’s much harmony in Grateful Dead songs, who are sick of big suits, who take abuse and spit it up, who can’t spell the word loyalty and who have a million friends and not one of those friends would stick by them for the long haul.

And as I thought about all this, I kept playing Big Audio Dynamite’s “Medicine Show” in my mind, and thought and thought some more until my head was about to explode, and hailed another cab, talked with the driver about Monday Night football, went home, washed some dishes and retired for the evening.

And how was your week?