A Muddled History of Marvel Comics

Sean Howe's book covers a lot of ground but doesn't do the story justice. 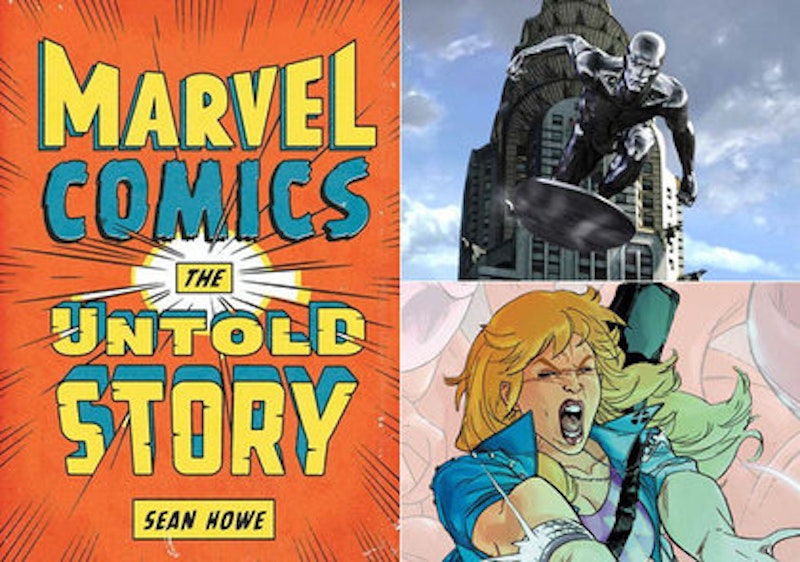 Marvel Comics: The Untold Story is not an interesting book. It ought to be, but the writing is flat and the events described tend to blur together. Sean Howe has certainly done the work needed to produce a good history of Marvel, the comic book company that hatched Spider-Man, Thor and a nest of other present-day movie icons. But what he produced is a placeholder.

First, the work. Howe talked to more than a hundred creators, executives and office workers from every phase of Marvel's history and prehistory. He also picked through printed sources, including the interviews published over the years by Alter Ego, an invaluable fanzine devoted to the U.S. comics industry. Even if you've read up on Marvel, you'll find some new details here. They tend to be small, but they're worth a moment. For example...

The artist Wally Wood, a very difficult man, was among the many people who did not like Stan Lee, Marvel's editor-in-chief during the 1960s and a prime mover in its rise to greatness. Wood showed his dislike by flicking his cigarette ash on Lee's carpet. He was so determined that he kept doing this even when Lee's secretary started trying to grab his cigarette as he went in.

Now a contrasting example, though it also involves tobacco products and dislike of Stan Lee. The brilliant Jack Kirby, the artist who created or co-created most of Marvel's top heroes, left the company in a huff at the end of the 1960s. Kirby was not only a genius but also a much-loved man, and on leaving he was honored by a plaque that a co-worker hung on the office wall. On it was one of Kirby's cigar butts and the words “Kirby Was Here.”

Another entry in the book's credit column is an insight that Howe nails about Jim Shooter, the iron-fisted boss who imposed a strict quality-control regime on Marvel product during his reign as editor-in-chief from the late 1970s through most of the 80s. Howe points out that Shooter, perhaps the only comic book editor to be burnt in effigy, had a weakness for gigantic, cosmos-creating characters who were not just omnipotent but misunderstood.

But these are exceptions. Howe's findings, when typed out, have the interest of an article in Entertainment Weekly that goes on for 432 pages. The coming and going of owners, top executives and editors devolves into a mess. It's like listening to somebody on a car trip describing the wars of the Guelphs and the Ghibellines—one damn thing after another.

Furthermore, the book's subtitle stakes too much of a claim. Marvel's story hasn't been told from end to end, the way it is here, but that's only because Howe's book came out 15 years after the second edition of The Comic Book Heroes: The First History of Modern Comic Books — From the Silver Age to the Present, written by Gerard Jones and Will Jacobs. The chapters on Marvel in the Jones and Jacobs book do a far better job of tracing Marvel's rise from a late-'50s backwater to the goliath of American comics. The writing is vivid and Jones-Jacobs bring to life the personalities involved and their work.

What Heroes didn't get a chance to cover was the end to Marvel's period as a corporate football of the 1990s, its turnaround under a new creative team, and its rise to full crossover glory thanks to a series of blockbusters and would-be blockbusters out of Hollywood. Reading Howe makes me wish that Jones and Jacobs could get to work on another installment. Instead Comic Book Heroes is out of print.