The spigot suddenly gushes forth with Nirvana song placements. 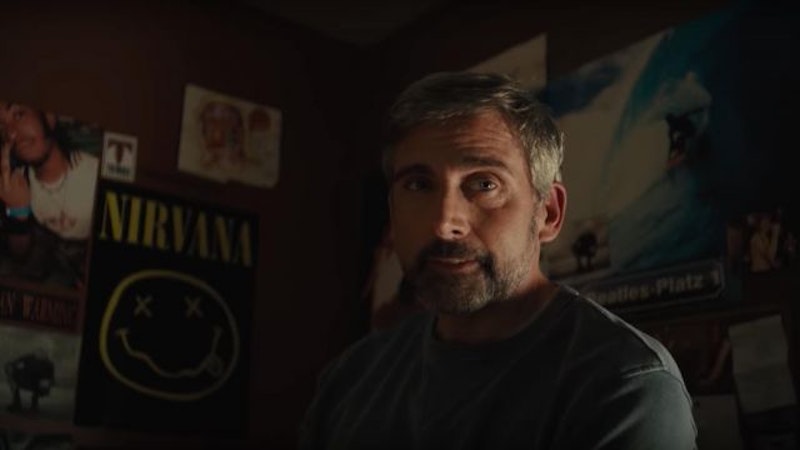 The songs of John Fogerty and Creedence Clearwater Revival will soundtrack dramatizations of the Vietnam War until the end of time. “Bad Moon Rising,” “Proud Mary,” “Run Through the Jungle”… but “Fortunate Son” is the go-to for filmmakers, as Zach Schonfeld wrote in a piece for Pitchfork back in February: “[T]he track established a commonly perceived cultural connection between Creedence and Vietnam, which music supervisors still can’t seem to let go of nearly half a century later. It’s a relentless cinematic cliché: If the scene takes place during the Vietnam War, Creedence’s music must be playing. Remember Forrest Gump? There’s a Creedence song in there. Born on the Fourth of July? Tropic Thunder? More Creedence.”

I thought we would’ve cycled out of 1970s and 80s nostalgia by now, but no: 16 years after VH1 premiered I Love the ’80’s, an essential 10-part primer on an entire decade of pop culture, the sickness is still with us: Stranger Things, It, Ready Player One, every dogshit new Star Wars movie. Period revivals and generational obsessions are not lapsing but piling on top of each other into an indecipherable stew of ciphers, signifiers, and the most barebones approach to nostalgic seduction (“Remember Blockbuster? Remember Rugrats? Remember Nintendo 64?”).

This is the case with the first half of Mid90s, Jonah Hill’s directorial debut. It’s not a bad film, with some great comedy writing that is distinctly Hill & co. Shot in 4:3 (like First Reformed earlier this year), the cinematography is simple and disciplined, and it’s only 84 minutes long. It could’ve used another 10, because the story takes a dark turn halfway through and ends pretty abruptly.

But that turning point—when the 13-year-old star hooks up with a girl at a party, wasted—is soundtracked by Nirvana’s cover of “Where Did You Sleep Last Night” from their Unplugged album. I’m not sure who owns the Nirvana catalogue or how much involvement Courtney Love and Frances Bean Cobain have—they were upset by “Smells Like Teen Spirit” appearing in the 2011 Muppets movie along with a Kurt Cobain muppet—but for the first time I’ve started noticing their songs getting placements.

Posters and references have been going on for a while, but this weekend I saw two new movies that prominently include Nirvana songs: Mid90s, and Beautiful Boy, a painfully boring and circuitous biopic about addiction with a time-hopping structure that removes any suspense or ability to identify and some horrible performances. Steve Carell has been good, and so has Timothee Chalamet, but they’re both awful here. Chalamet’s character has a typically too cool collection of posters in his room (Nirvana, Melvins, and the cover of David Bowie’s Low). Beautiful Boy takes place in the late-90s and early-aughts, but unlike Mid90s, it isn’t foregrounded, it isn’t even mentioned.

One of countless flashbacks features Carell and a younger stand-in for Chalamet blasting Nirvana’s “Territorial Pissings” in a car on a rainy day, presumably sometime in the mid-90s relatively soon after Cobain’s death. “Territorial Pissings” was the only moment in the movie that made me perk up, if only because it was the first time I’d heard that song in a movie theater. One good placement can’t make up for a shit movie, but the use of “Where Did You Sleep Last Night” in Mid90s is more curious: that cover has become Nirvana’s legacy song, and a go-to cipher for doom, gloom, and incoming death and destruction.

Its use in Mid90s is overwrought and unnecessary: “Where Did You Sleep Last Night” is to be deployed only when someone is about to die, might die, or make a decision that we know will lead to their untimely demise. Or someone surrendering to vice and darkness against their better judgment, as it’s used here to show the main character loss of innocence. Way to overplay your hand! The song is much too dark to soundtrack someone losing their virginity mildly buzzed.

Anyway, on their own, these placements don’t mean much. But someone or something has let the spigot stream and I suspect we’ll be hearing a lot more Nirvana songs in movies, commercials, and TV shows as we move into the 2020s and another scrim of nostalgic gauze is ladled onto coming-of-age movies and barely-period-pieces. The thought of Cobain’s music becoming as diluted and sonically exhausted as John Fogerty’s is a drag.