The Boston Red Sox are charming, just like John Waters. 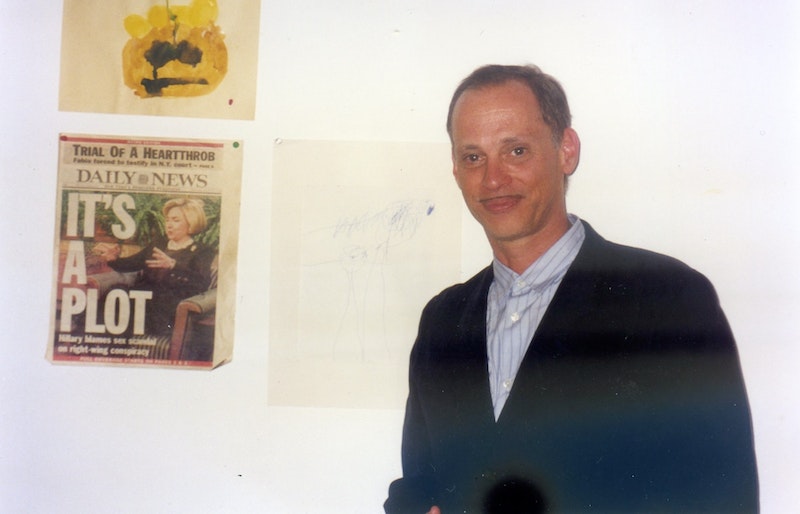 I read a pair of essays—back-to-back—on the morning of Indigenous Peoples Day, the first by the usually readable Jason Gay of The Wall Street Journal, the other a cover story in the Oct. 15 Weekly Standard by one of my favorites there, Joseph Epstein. It’s worth mentioning because the former aided the latter’s thesis; that charm has all but disappeared from American day-to-day life.

Gay riffed on a well-worn subject, the sports world coming to a halt on the rare occasion that the Boston Red Sox and New York Yankees meet in a playoff series. He doesn’t mention that such a scenario was impossible until the Wild Card Era in Major League Baseball—save one-game playoffs—but that’s a minor quibble. Gay wasn’t striving for charm; my best guess is that he was trying to be funny, and wound up with a dud.

He begins: “Has it really been 14 seasons since the Red Sox last met in the postseason? I’m sorry, America! I’d forgotten how obnoxiously self-absorbed this East Coast baseball rivalry can be, especially when it lands in October. I say this as an obnoxiously self-absorbed East Coaster. Seriously: Do you read this column? I’m every bit as awful as this playoff series.”

I’m an East-Coaster too, though not “obnoxiously self-absorbed,” at least I hope not, and a Sox fan, but if you’d ask the millions of people who follow baseball seriously of course the Sox-Yanks rivalry rates as tops. Giants/Dodgers and Cubs/Cardinals antagonists might put up a fight, but it’s not really up for debate. Gay continues: “We tell total strangers—unsolicited—exactly where we were when Bucky Dent his home run in 1978, like anyone not from Boston or New York cares where we were when Bucky Dent his home.” I guess that’s another stab at humor from Gay, but it’s just silly.

His conclusion to this unfortunate article takes note of today’s political environment and again falls flat. “For the rest of the U.S. it’s a shame it isn’t over already. Then again, look at us: we’re a big noisy country [with no charm] that likes to yell at each other. This series is perfect. Red Sox versus Yankees may not be the baseball we want, but it’s the baseball we deserve.”

The ALDS concluded Tuesday night, as the Sox embarrassed the Yanks in the Bronx, and I’m betting the growing fan base of the Houston Astros (lots of bandwagon-jumpers) is itching to get the show on the road, since it’s unlikely—at least to me—that Houston won’t repeat as World Champions. True, anything can happen in a short series, but the Astros’ rotation is a lock-down machine. At the least, I won’t have to look at Gary Sanchez’s mug until next year.

In fairness to Gay, there’s little charm on offer in American journalism today. I’m hard-pressed to think of a man or woman who fits the bill, at least the way Russell Baker, Mary McGrory, Robert Bartley, Alex Cockburn or William F. Buckley did in the no-so-distant past. (This goes beyond the printed page, of course; the five mentioned above were a delight on TV or at personal appearances.)

Epstein, at 81, might be charged by less charming readers than myself for indulging in nostalgia, but that doesn’t entirely negate his essay. I think he pushes it too far, however, in his opening paragraph: “When a few years ago I decided to write a book about charm, I began asking friends and acquaintances if they could name five people in contemporary public life—in show business, television, journalism, politics, sports—they thought charming. None could do it. Some couldn’t name one.”

He says that a few suggested Tom Hanks, but Epstein dismisses him as merely “nice.” (Which brings back the memory of my mother once saying, “There are a million ‘nice’ people in the world, and most don’t amount to much.” A blunt and far from charming statement, but accurate, I’d say.)

I’ve yet to meet a more charming person in the film/literary world than John Waters. Self-effacing, outrageously witty, and a one-of-a-kind talent, Waters exudes charm, whether it’s in person in his hometown of Baltimore, on talk shows or lectures. The man can’t help but crack you up, and even when he makes what some consider a rude remark, his brilliant smile covers up any perceived nasty intent. (Waters is pictured above at my New York Press office in 1998.)

In sports, former Expos/Red Sox/Mets pitcher Pedro Martinez—who had a Koufax-like run in the late-1990s and early-2000s, the juiced era, no less—has been a pleasure to watch on TBS during baseball’s postseason this month. He laps his co-hosts, not only with his brain, but also exuberance and bonhomie. The other night, after the Red Sox drubbed the Yankees 16-1, Pedro picked on first-base umpire Angel Hernandez, who had a rough go of it during the game, blowing several calls. “Get rid of him,” Pedro said as he raised his voice but retained a smile, “Jesus Christ!”

Epstein disqualifies politicians, citing the grubby line of work (interestingly, he doesn’t mention JFK, who actually was very charming, whether in press conferences or campaign rallies; he must’ve been a Nixon man), but whatever you think of his presidency, George W. Bush had a more than a dash of charm about him. Remember during a 2000 debate when Al Gore (not a whiff of charm or personality) circled around him on stage? Bush, taking notice, swiveled his head, looked at his competitor as if to say, “Dude, mind your own” and then smiled for the camera. Likewise, who was funnier at Trump’s inauguration than Bush when, upon leaving the ceremony, said to a friend, laughing, “That was some weird shit!”

Adam Jones, the longtime Baltimore Oriole who’s now a free agent, is one of the few charming men in baseball (Mookie Betts and Blake Snell also come to mind). Not only is Jones a generous and charitable star, but he’ll leave you in stitches when on-air. I still remember Jones rescuing the Home Run Derby a few summers ago by digging into the spread of spare ribs, munching happily and mercifully hogging the spotlight from the insipid announcers.

One of my sons strongly disagrees, but I find James Spader, on his TV series Blacklist, in which his character jauntily rhapsodizes about Roman artifacts a few miles from Pisa, extraordinary jelly donuts at a roadside diner in the South or the most perfect watch in the world. And then he puts a bullet in his conversation companion’s head. Spader gave off a creepy vibe when he was younger, usually cast as a scumbag in movies, but it appears he’s re-invented himself.

I’d say that elegance, rather than charm, is the more endangered vestige of the 20th century in 2018.