The Vices and Virtues of Succession

Stellar writing and acting with typically incoherent TV cutting and coverage. A show this good shouldn’t look this bad. 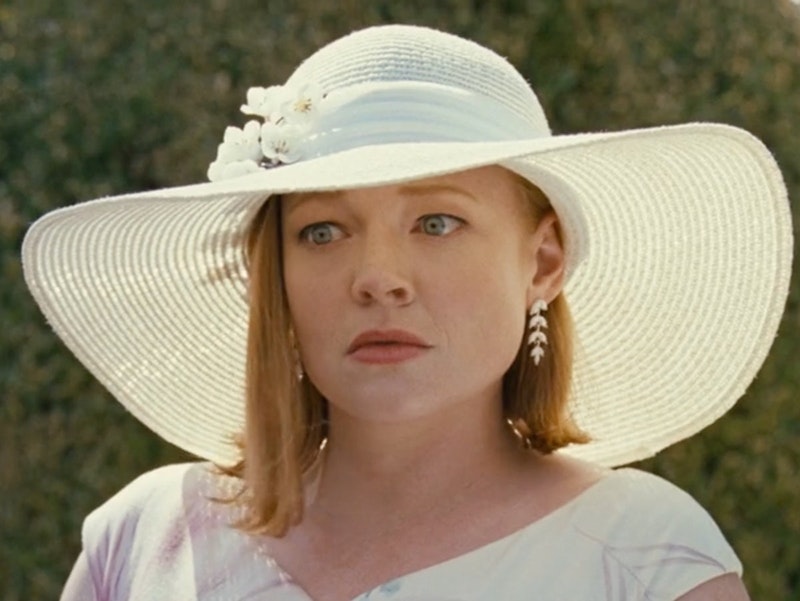 Succession isn’t a show about the rich, the media, or Rupert Murdoch. I avoided the series since it premiered in 2018 because I rarely watch any TV shows and what I gathered by osmosis wasn’t appealing: my own dad quoted me two years ago at the top of a piece about the end of Succession’s second season (the irony is not lost on me), assessing the show as another piece of Trump-era #Resistance junk. It was only last month that I was compelled to watch the entire show for an upcoming project, and it soared past my bottom-barrel expectations. Succession has some of the best writing I’ve seen in TV or movies in the last decade, and its greatest virtue is that its characters are allowed to be right and wrong, and often at the same time. That’s what real people are like, across our entire society.

Succession isn’t a show about the rich per se, and it’s also not a show about the media, contrary to what my dad wrote two years ago: the show isn’t “a thinly-veiled kick in the nuts to Rupert Murdoch, his family, and Fox News,” and it certainly isn’t “safe ‘Eat the Rich’ programming.” I also think it’s wrong that “Siblings who don’t get along don’t spend this much time together” necessarily, particularly when they’ve been abused, neglected, and insulated like the Roys have their entire lives. These “kids”—all at or approaching 40—have more in common with the family in Dogtooth than the well-behaved and mannered Murdochs, or the functional cosmopolitan heirs and heiresses of New York society and business.

Succession is a show about child abuse and family dynamics, and though this obvious point has probably already been made years ago, I just watched all 29 episodes in a month, and what little writing on the show I’ve read is insane, to put it mildly. Succession is not “Shakespearean,” the writing is what makes the show exceptional, particularly its concision: lines as simple as “You’re not a killer,” “That’s not something I do,” and “I know you” are explosive when deployed correctly. The entire ensemble is fantastic, but none of them are “astonishingly brilliant”—watching episodic television as it airs makes it seem better than it actually is, no question. Succession is a fantastic TV show, an elevated soap opera—it’s not fucking Hamlet.

But I really appreciate how it tosses out TV conventions with such glee: after a cliffhanger ending, the following episode will usually dispense with all exposition and within five minutes get on with the episode! The opening of last Sunday’s episode had a lot of what makes the show great: most of the family play Monopoly and clear up the cliffhanger from the previous week with zero fanfare. Before, we see Logan reading to his grandson by the pool—it’s a nice moment, before he quickly loses patience and asks, “Aren’t you a little old for this?” Cue a scream for “GERRI!” and off he goes. Some grandpa! This, more than the one-liners or pitter-patter scrapped from Twitter, is what makes the show a comedy: how can you not laugh at Kendall’s ability to go full business mode immediately after confessing to murder to his siblings? Ditto for Shiv’s “dirty talk” to Tom: “I don’t love you, and you know it, and you still want me.” Hilarious, heartbreaking, dramatically explosive: that kind of power, concision, and insight is rare in any medium.

Unfortunately, Succession will only ever be so good because it’s a visual disaster. I’m not even bothered by the house style of handheld cameras and snap zooms; like all TV, Succession is shot with as many cameras from as many angles as possible and as many cuts as possible per scene. It’s maddening to watch Shiv, Roman, Connor, and Kendall sitting at a table and jumping all over the goddamn deck. I understand this is the way TV is produced, but it still sucks. The lack of long takes hinders the actors, who are never allowed to play out a scene in full or even in part without a dozen cuts and dozens of takes. Even if the production uses multiple cameras to keep their takes down, the show just has too many cuts in it, and too many angles. This isn't just nerd shit, because ultimately the show and its episodes just blur together in your memory like all TV. Succession has a handful of memorable images through its 29 episodes—Logan’s slight smile as Kendall tries to pull a kamikaze move at the end of season two, the “hug” at the end of season three, every single shot of a caterer or service worker throwing out trays of expensive, untouched food.

Even within certain scenes, there are startling visual exclamation points that, contrary to my dad’s more recent opinion, you’d absolutely miss if you weren’t paying attention: in the recent Adrien Brody episode, Kendall is talking on the phone outside, when the camera cuts to an over the shoulder of him and zooms into the plate glass window, out of focus for too many seconds, until we see his assistant Jess holding up an iPad showing his two young kids on FaceTime—this is their visit with daddy! Earlier, in season two, Kendall parties and shits the bed at some magnificent estate they’re all staying at (I love too that the settings and accoutrements of the rich are taken for granted and practically ignored, as they would be by these characters), and when he walks downstairs, you can see the maid do a double take in the background, out of focus.

Tom and Greg’s intentions and loyalties can only be inferred from gestures, intonations, and unspoken dilemmas, problems, and traumas of previous episodes. Without a word said, it’s obvious to anyone watching the show that Tom has given up on his marriage and has finally prioritized himself over his cold, conniving, and increasingly incompetent wife (Holly Hunter’s assessment of her late in season two, that, “Shiv thinks she’s smarter than she is,” is dead on). What a relief to have a hit show filled with real people, whose wealth only exaggerates behaviors and tendencies that we all share in a world that they run. The successes, vices, virtues, and failures of the Roys are a distilled version of our own. That’s what will make the show last, and it’s all very simple: powerful, concise human drama.