Everything Is Very Personal, For Sure 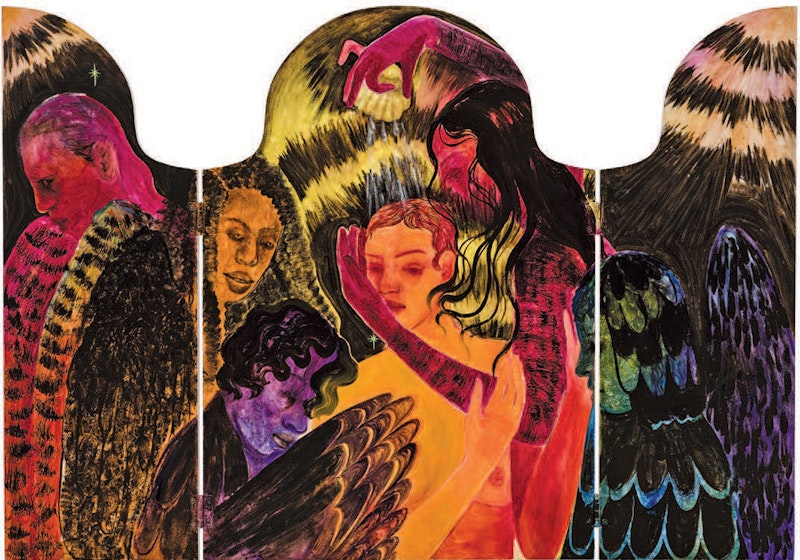 Naudline Pierre: The least I can do is be transparent with my loved ones, or even strangers.

Hilton Als: Exactly. Everything is very personal, for sure. And if you’re in the majority, you start to feel and think differently.

Pierre: (laughter) How are you?

Als: What does that mean?

Pierre: It leaves spaces open for what was underneath to show through, so it has a nice layering effect.

Als: It is such a delicate balancing act, and no one leaves that space feeling condescended.

Pierre: A lot of it is sitting and staring, sketching, just thinking.

Als: One of the more important things you can do is to do nothing.

Als: The best thing to do is to not lie to yourself.

Pierre: Basically, I start somewhere and eventually I end up somewhere else, but there are remnants of that first thought, sometimes more so than other times.

Als: When I was your age, or a little bit older, these were very significant acts of creation for me.

Pierre: I think they weave in and out of each other.

Als: It all went away, and we became friends.

Pierre: Apologies in advance for that.