It's This Real Distrust of the Present Moment 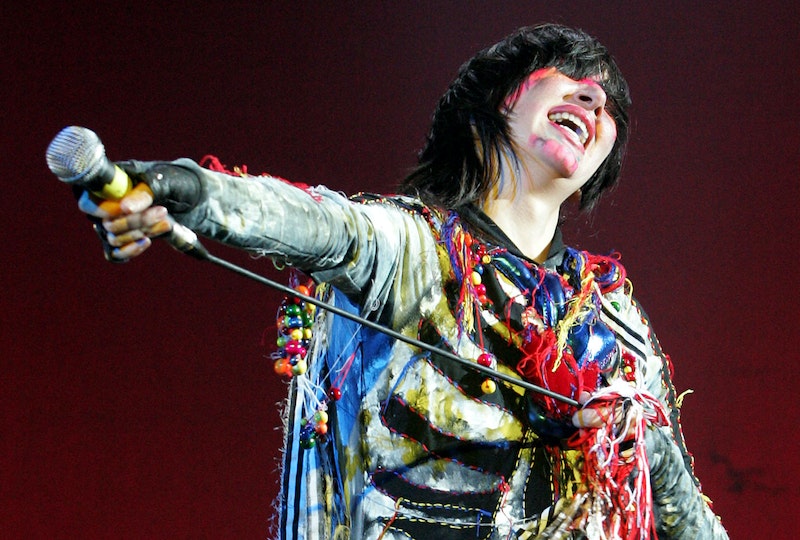 James A. Michener: Now you go to these little towns and you meet a woman whose son works for Aramco in the Middle East and she’s been over there for Christmas, and her daughter’s married to a guy who works for IBM and he’s stationed in Guam.

Karen O: Yeah, yeah. I’ll just block them out a little bit, like that really fucked-up way of being angry at someone, when you pretend they’re not there, but only to make them be really bummed out and have no control anymore.

Michener: I really can’t answer that. I don’t know what happened.

Michener: They set patterns. They’ve done so well. But if I were a young man trying to make my way in the profession, you could get me on those shows with a postcard.

O: It’s this real distrust of the present moment.

Michener: But suppose something even more interesting happened in Paraguay tomorrow.

Michener: How interested are you in something that burned you up nine years ago?

O: Uh-huh. [Laughs] Definitely. Two and a half hours before we even hit the stage, kids were whistling and yelling, and it was just nuts. They went into the vein in my right arm, and it was coming out so slow that they decided to tap a vein on my left arm, which is pretty traumatic.

Michener: During the Kent State period people felt that a revolution was at hand and that everything was going to be different.

O: Right. It wasn’t like the late seventies, when everyone would eat dinner in the same restaurant.

Michener: Lots of people don’t, not through any misbehavior on their part, just the slowing down of the clock.

O: Roy Orbison’s Love Songs, Lesley Gore’s Greatest Hits, and then Dusty Springfield’s Dusty in Memphis, which is a classic.

Michener: It has the dramatic heroes, the great battles, the interesting occupations like cattle, oil and other big enterprises. It didn’t destroy me.